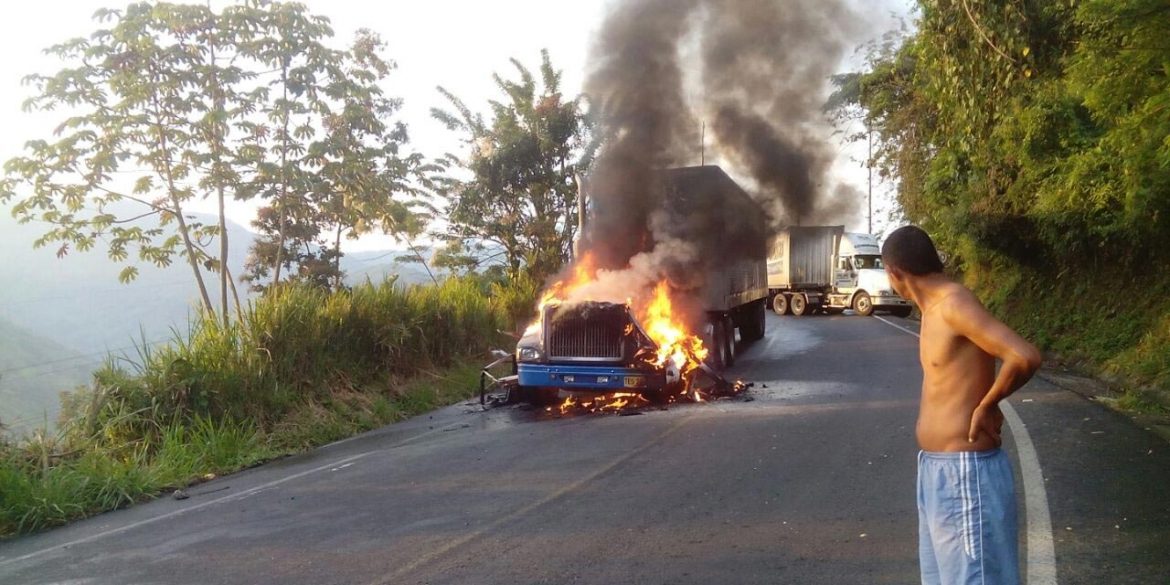 Colombia’s last-standing guerrilla group ELN allegedly carried out at least 10 attacks on road infrastructure in a three-day offensive aimed at shutting down the South American country.

According to security forces, roads were bombed in Norte de Santander and Cesar, and a bus and a truck were incinerated in Antioquia. Also in Arauca two vehicles were set on fire.

Two trucks burnt down in Cauca, but authorities could not immediately confirm whether this attack was carried out by the ELN.

The “armed strike” was called weeks after a ceasefire broke down and days after the government suspended peace talks.

The guerrillas banned all traffic in Colombia from Saturday until Monday. Residents of regions where the rebels are active generally obey to guerrilla rule.

Multiple negotiation teams are trying to convince the guerrillas and the government of President Juan Manuel Santos to end violence and resume peace talks that have taken years to prepare.

Santos has said the ELN should reduce hostilities before negotiations can be resumed.

The guerrillas refuse and hold the government responsible for a wave of assassinations of social leaders that followed a peace deal with the much larger FARC group.

The FARC is now a political party, which criticized the ELN after alleged guerrillas of that group murdered demobilized FARC members in the southwest of the country.

The two groups independently took up arms against the state, and the ruling class accused of being an oligarchy by the Marxist groups.

The ELN has control over a few rural regions, but has also carried out hit and run bomb attacks in large cities like Bogota and Barranquilla.