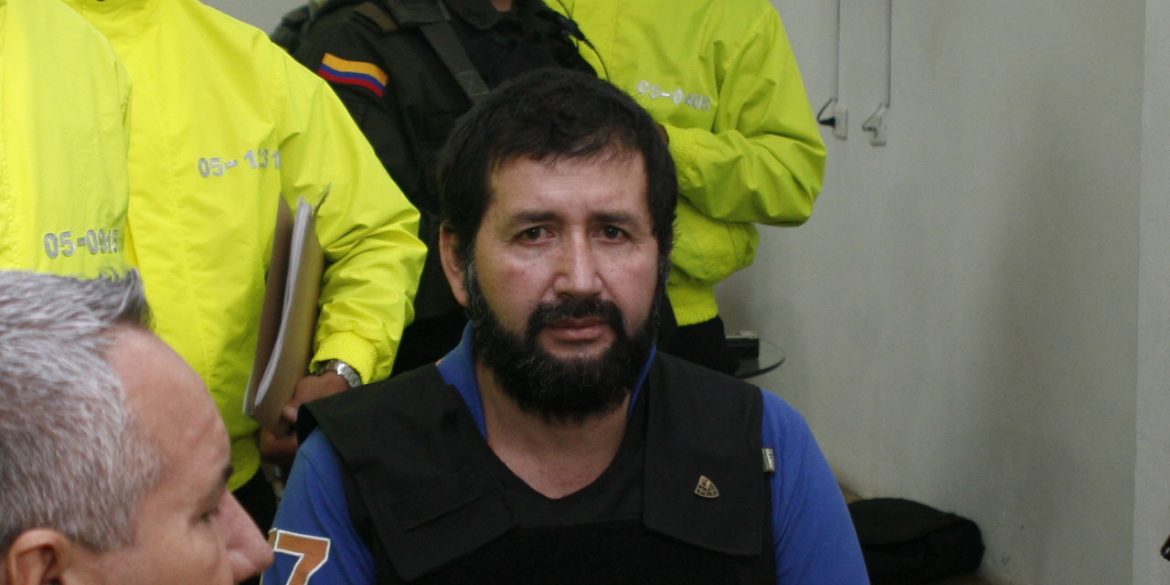 Daniel Barrera, a.k.a. “El Loco Barrera” has been dubbed “the last of the great capos.” He became a key player in Colombia’s drug trade after the fall of the Medellin and Cali cartels in the 1990s.

The Guaviare-born kingpin was one of the pioneers in the drug trafficking business and able to outlive generations of drug traffickers and cartels until his arrest on September 18, 2012 in the Tachira state in Venezuela.

There are no reports about the date of birth of Barrera. According to local media, he appeared as a player in drug trafficking in the 1980s when he and his brother began importing the chemicals necessary to process the illicit drug.

Barrera’s brother was murdered in the late 1980s and, after taking bloody revenge on his brother’s killers, the now-dubbed “El Loco” was arrested and imprisoned in early 1990.

After spending half a year in the prison of the town of San Jose de Guaviare, El Loco broke prison and while authorities killed Pablo Escobar and cracked down on the Medellin and Cali cartels, the low-profile criminal was establishing himself as a prominent middleman between coca-growing FARC fronts in the east and south of Colombia and the then-emerging Norte del Valle cartel that was operating in the southwest of the country.

While having close ties to the FARC, El Loco was able to also align himself with the AUC, the arch enemies of the FARC. The drug lord would buy coca paste from FARC fronts in the south and east of Colombia and then sell it to the AUC’s Bloque Centauros that was active along the Orinoco river.

Authorities began noticing the drug lord during the 1999-2002 peace talks with the FARC as El Loco was a regular visitor to a demilitarized zone created to hold the peace talks.

El Loco’s biggest climb on the drug trafficking ladder came between 2004 and 2008 when he aligned with “Cuchillo,” a then mid-level commander of the Bloque Centauros paramilitary group.

According to reports, El Loco helped Cuchillo murder his superior, Miguel Arroyave, in 2004, just as the AUC was demobilizing and Cuchillo was forming ERPAC.

In the years that followed, the Norte del Valle cartel slowly began disintegrating due to infighting between capos “Don Diego” and “Jabon,” an ally of Barrera and the founder of the “Rastrojos.”

In 2007, both Don Diego and fellow-capo “Chupeta” were arrested, leaving the cartel’s drug trafficking business to Jabon and his Rastrojos.

Barrera again made a move and allegedly helping with the assassination of Jabon in Venezuela in 2008.

By then, Barrera had become the most senior of drug traffickers in Colombia and a crucial ally of the nationally operating FARC, ERPAC that controlled the east of Colombia and the Rastrojos that, under new leadership, had taken control of drug trafficking routes to the Pacific.

In Mexico, Barrera had made contacts with the feared Sinaloa cartel, one of the biggest exporters of illicit drugs to the United States. Barrera allegedly also exported cocaine — through Venezuela — to Europe, and to Brazil.

While Colombian authorities in 2008 had put El Loco Barrera at the top of their wanted list together with Cuchillo and neo-paramilitary warlord “Don Mario,” the drug lord kept his low-profile. Until early 2012, only one undated photo of him existed.

Like several times before, El Loco Barrera continued drug trafficking apparently unhindered while other capos fell; Don Mario was arrested in 2009 and Cuchillo died after a raid in 2010.

By 2012, the hegemony of Colombia’s now most-senior and biggest drug lord came under pressure. Ecuadorean police arrested El Loco Barrera’s alleged contact with the Sinaloa cartel. Venezuelan authorities arrested one of the founders of the Rastrojos, “Diego Rastrojo,” and a second founder, “Comba,” surrendered to U.S. authorities.

Colombian authorities began pressuring the capo on a personal level too; arresting his mother, cousins and nephews and even his brother, who suffers Down syndrome.

After spending more than two decades dedicated to crime, earning the title “the last of the big capos” and evading justice since his 1990 prison break despite a $5 million reward, El Loco was arrested across the border in Venezuela while making a phone call from a public phone, allegedly because one of his relatives had given up his location.

In 2014 he pleaded guilty to drug trafficking charges before a New York court and agreed to having trafficked some 400 tons of cocaine to the US.

After being held in the US for two years, in July 2016 an American court sentenced El Loco Barrera to 35 years in prison.