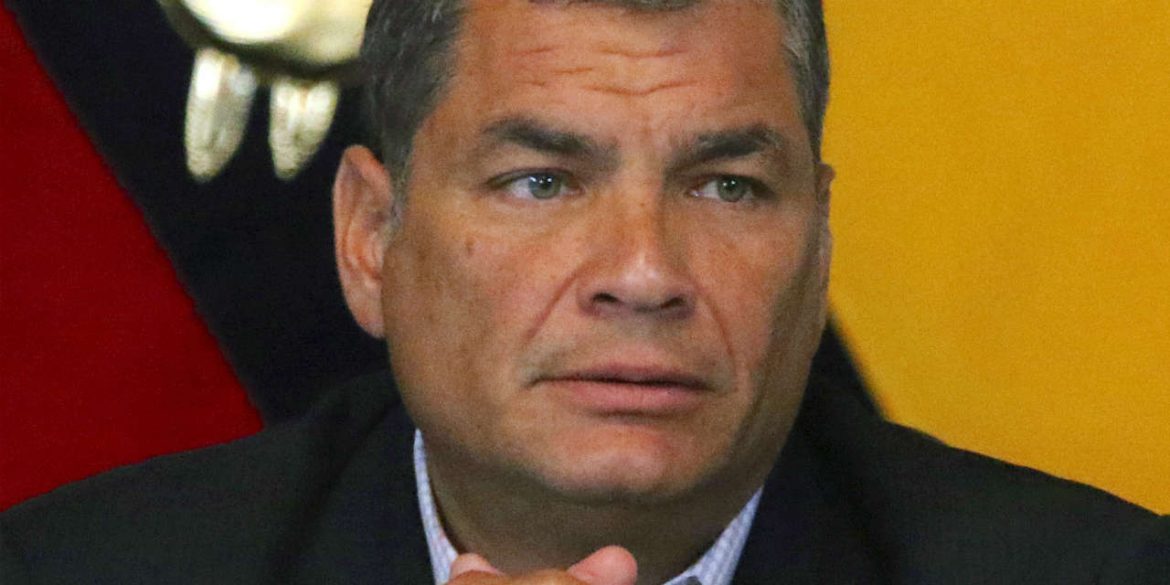 A judge in Ecuador has ordered the arrest of former President Rafael Correa, who is accused of trying to kidnap an opponent who had sought refuge in Colombia.

Because Correa moved to Belgium after his resignation last year, the country’s authorities issued a red notice that would allow Belgian authorities to arrest and possible extradite the former head of state.

Correa called the arrest warrant “a new and serious abuse of justice and my rights,” adding that “such a monstrosity would never work in a country with a rule of law like Belgium.

Correa’s legal troubles at home are related to the attempted kidnapping of former congressman Fernando Balda, who has accused Ecuador’s secret service of trying to kidnap him from Bogota in 2012.

The former lawmaker fled to Colombia in 2009 after he was convicted for slander against Correa.

In the two politicians’ most recent legal battle, Balda told the court that he was once detained and taken to Colombia’s migration authority who released him after finding his visa papers were in order and there was no international arrest warrant against him.

On a second occasion, a group of men tried to kidnap him from outside his home in Cedritos, a neighborhood in the north of the city. Balda was released after police was alerted about the alleged kidnapping and went in pursuit of the kidnappers.

According to Semana magazine, Colombian authorities concluded that Ecuadorean intelligence officials were behind the reportedly illegal operations.

Belgium is not Ecuador

Correa’s was officially considered a suspected in the alleged kidnapping on June 18, after which he was supposed to report to the National Justice Court every two weeks.

Judge Daniella Camacho rejected Correa’s request to report himself instead at the consulate in Belgian capital Brussels, considering that’s where he and his family lives.

In defiance of the court order, the former president went to the Ecuadorean consulate in Brussels on Monday.

The judge ruled Tuesday that this was contrary to the court orders and ordered the former president’s arrest.

Neither Interpol nor Belgian authorities immediately confirmed the red notice that Correa’s lawyer claims to be the result of a “political persecution” against the former president.