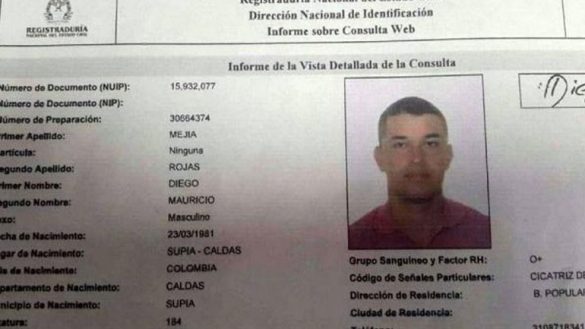 Ecuador arrests ‘one of Colombia’s most wanted drug lords’

Ecuador has arrested one of Colombia’s most wanted alleged drug traffickers, authorities from the neighbor to the south said Monday.

According to Ecuadorean authorities, suspected drug trafficker Diego Mejia, a.k.a. “El Paisa,” was arrested in Sucumbios, a jungle area close to the Colombian border.

El Paisa, not to be confused with the FARC leader of the same name, was allegedly “the man in charge of finances and the selling of drugs” on both the Ecuadorean and the Colombian side of the border in conjunction with the FARC, Colombia’s largest rebel group that is deeply involved in drug trafficking in the area.

Additionally, the suspect is accused of being involved in as many as 125 homicides in the Putumayo province on Colombia’s side of the border.

Ecuador’s Judicial Police director, Milton Zarate, told press that El Paisa “had connections to some fronts of the FARC,” specifically the 32nd, 448th and 49th that belong to the guerrillas’ Southern Bloc.

National Security Minister Diego Fuentes said that the suspect and a second detainee were trying to set up an international drug trafficking organization in the Sucumbios region.

Both suspects were extradited to Colombia where they are expected to be charged.