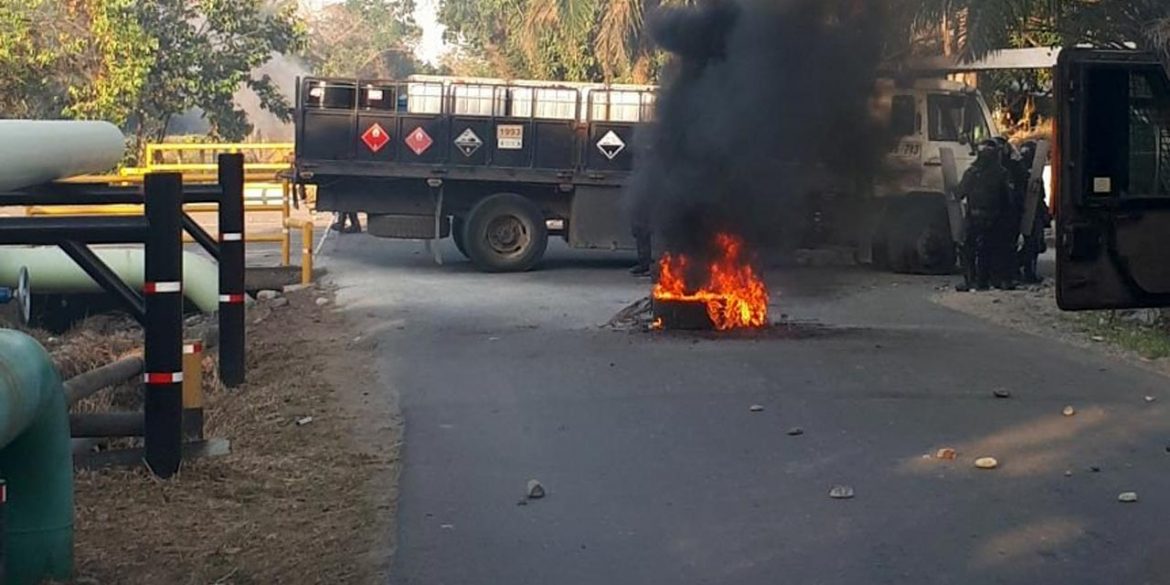 Oil company Ecopetrol on Sunday suspended mining operations in central Colombia amid violent protests in which four workers were wounded, according to the state-run company.

The decision comes after locals from the Acacias and Castilla La Nueva municipalities in the Meta province turned to “sabotage and acts of vandalism” after a years-long labor dispute.

The company clarified that the intensity of the protests has put workers at risk leaving it with no option but to suspend operations across the oilfields that produce an estimated 20% of the Andean country’s oil.

“Hooded persons entered the Acacia and Chichimene plants and the facilities at the Castilla, Chichimene and CPO-9 fields, assaulted almost 90 workers and forced them to leave the facilities,” said the company

The suspension of operations in Meta comes after a years-long running dispute between the country’s largest producer of oil and local communities.

Communities are angry that the company is bringing in specialized labor from outside of the region to work on oil operations and not hiring locals.

Local representatives claim that the company has gone back on an agreement that was made last year whereby out of 85 people working on a drill, 65 of them would be hired from the community.

This year however, they point out only 35 were hired from the community.

Ecopetrol rejected these claims and called on the authorities in the area to “exercise their constitutional function and ensure the immediate restoration of public order, the protection of our workers, the right to work and the integrity of our facilities.”

Ecopetrol continues to suffer from opposition from local communities and attacks from guerrilla group ELN.

Colombia’s second-largest oil pipeline, the Caño Limon-Covenas, remains halted after a January bomb attack by the guerrillas. The pipeline can produce up to 210,000 barrels daily.

While Ecopetrol has not specified the exact capacity of the Castilla and Chichimene fields, in mid-2017 they had an output of about 200,000 barrels per day.