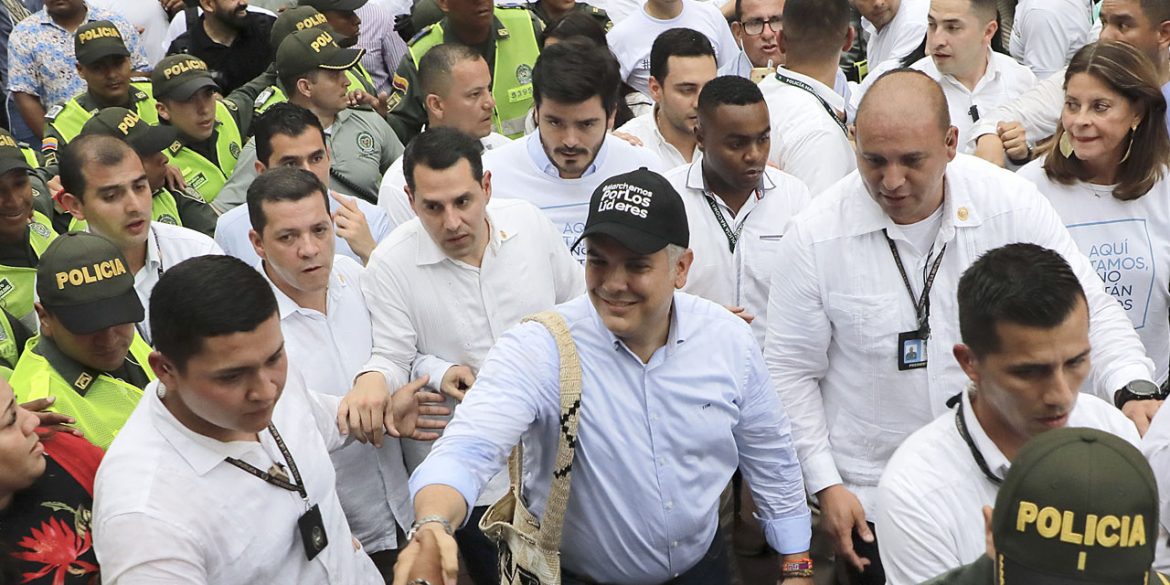 (Image: President's Office)
From the editor

Earth to Duque: you can’t promote peace and violence at the same time

Colombia’s President Ivan Duque was expelled from a pro-peace march on Friday, making the obvious evident: you can’t promote violence and peace at the same time.

Ill-advised as usual, Duque believed he could show up and assume a prominent role in the march organized by the country’s peace movement against the ongoing slaying of human rights defenders and community leaders.

The people of Cartagena were furious, told him to “get out” and sent him running while crowd chanted “murderer!”

On what planet is Duque?

The Cartagena incident again demonstrated that Duque does not seem to have a clue what country he is in or even what planet he is on. 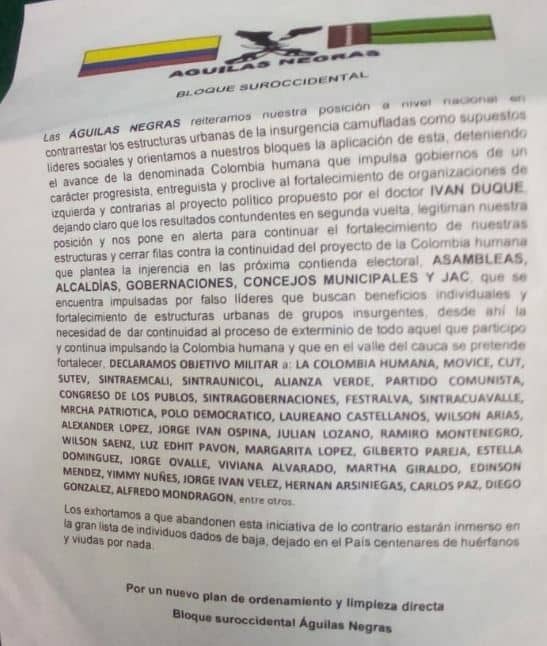 Friday’s marches were organized by leaders, former combatants, victims and social organizations that are fed up with violence and want the government to implement the 2016 peace deal with the FARC that sought to grant these wishes.

They were supported by all political parties but his own, the UN, and foreign embassies.

Duque spent the past year doing everything in his power to undo this peace process, end talks to negotiate a way out of the senseless war with ELN rebels and keep his allegedly criminal political allies out of prison.

Not only has his government been accused by top UN officials of inciting violence, his own ministers and his own party have done nothing but stigmatize social leaders and opposition.

Threats sent by the Aguilas Negras, a far-right group believed to be tied to the military, has explicitly threatened to assassinate those who who “oppose the political project proposed by Mr. Ivan Duque.”

One of his own allies, the suspended mayor of Tierralta, is implicated in the assassination of community leader Maria del Pilar Hurtado, the very murder that triggered Friday’s mass protests. 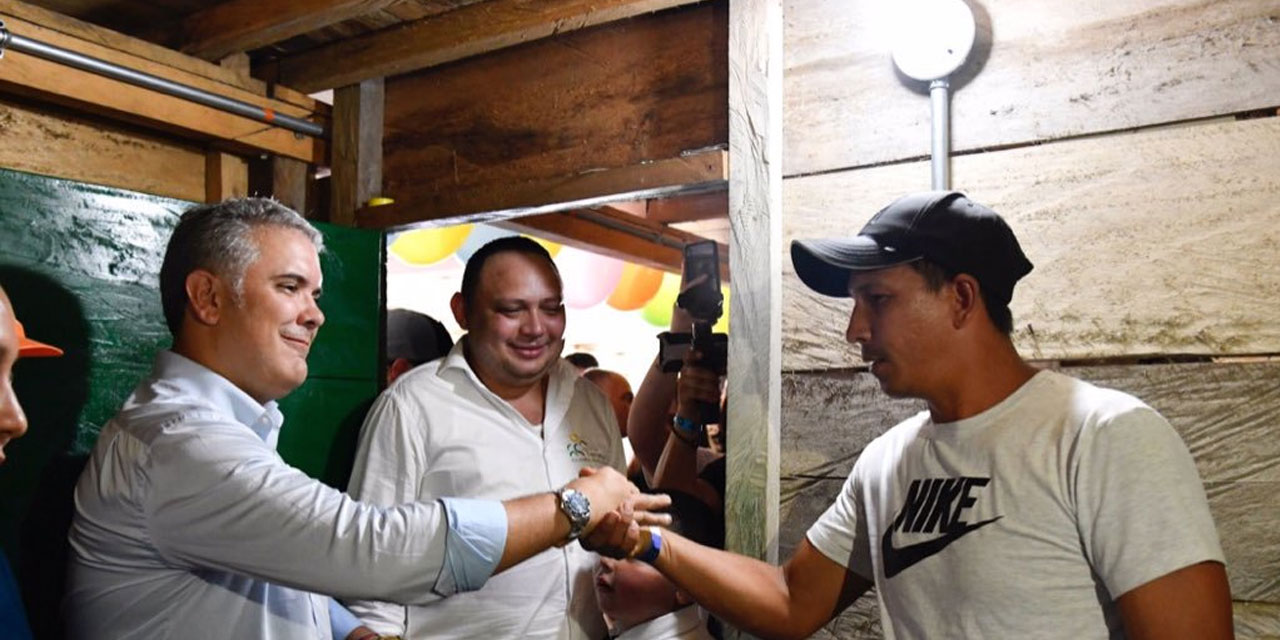 If Colombia needed only one thing it would be a president who leads the country through this difficult process of ending decades of armed conflict and political violence, and promote peace, justice and reconciliation.

Duque, as president, has all the tools available to do exactly this and lead his country to prosperity. All he needs to do is form a majority coalition with the center right parties and implement the peace deal.

But rather than be the president of all Colombians, Duque so far has used his power to defend the interests of the minority coalition of zealots and alleged war criminals that surround his political patron, former President and admitted former Medellin Cartel associate Alvaro Uribe.

The government’s denial of the armed conflict, its victims and their buddies’ responsibility in the terror imposed on Colombians is dangerous. In combination with the rampant corruption it puts Colombia again on the path of becoming a failed state.

The way out of this mess

The solutions to Colombia’s current crisis are available, but require Duque to stop being the mafia’s puppet and assume his responsibility as president.

First and foremost, Duque must urgently convene the National Commission on Security Guarantees that, together with the transitional justice system, the Prosecutor General’s Office and the Ombudsman’s Office were designated to dismantle the criminal structures responsible for most of the political violence of the past decades.

Second, Duque is going to have to seek a majority coalition in Congress. This means making concessions with the parties that make up the peace movement and break with Uribe and his band of extremists who are one of the main instigators of violence.

Like his predecessor, Nobel Peace Prize laureate Juan Manuel Santos, Duque will be called a traitor by the shrinking minority of Colombians that still support the old man, but it’s the safest way forward. He may even have to increase his security. We all know the aggression against those who stand in Uribe’s way.

Colombia’s wheels of justice may be crooked and slow, but they are moving. Sooner or later the former president will be either in prison or appearing before the war crimes tribunal. By then, Uribe and his buddies will be as toxic as arsenic.

In return, those who expelled him from Friday’s march will welcome Duque with open arms as the leader of the broad and internationally supported democratic force that seeks an end to terror and war in Colombia.

Duque has a choice. He can either be remembered as the only president even worse than Andres Pastrana, or go down in history as the president who consolidated peace, fortified justice and led his country over the road to reconciliation.