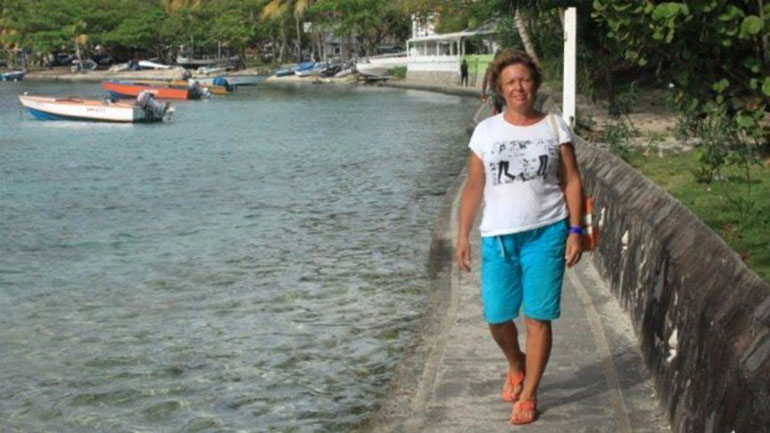 The testimony given by the husband of a recently murdered Dutch tourist on the couple’s yacht moored off Colombia’s Caribbean coast is continuing to confuse the authorities and raise suspicions.

Durdana Bruijn was murdered on Saturday night between the hours of 7PM and 9PM, but husband Peter Putker’s hazy testimony is causing doubt among the authorities and the media as they try to decipher what really happened from the suspicious evidence.

The Dutch couple were anchored in an archipelago off Colombia’s Caribbean Coast, a popular destination for land and sea lovers, which was the pairs’ most recent, and Bruijn’s final, destination in a sailing trip around the world which they reportedly began in 2012.

Peter Putker, born in 1955, is a well known vet in the town of Heino where the couple resided in Holland prior to the fateful trip, and a keen sailor according to reports. His wife was a teacher and speech therapist and had been enthusiastically documenting the couples’ trip around the world on the Lazy Duck boat on a blog, of which the most recent unsuspecting posts documented “beautiful” sights of Colombia.

The trip abruptly came to an end after according to Putker, six masked men boarded the couples’ boat anchored off the coast from Cartagena. Putker was left unconscious in the bathroom after receiving a blow to the head from the attackers, after which Bruijn met her fateful end apparently unbeknownst to her husband, and the men subsequently disembarked the boat with only $66, leaving a host of valuable belongings untouched.

On Monday Putker’s head wounds which was the only piece of evidence to suggest that the man was knocked out, were assessed by the Medicina Legal, Colombia’s forensic sciences public body, to work out how the wounds were received, according to reports.

Following the assessment, Putker appeared before a prosecutor in an interview to clear up doubts that the widower had provoked from his testimony, i.e. why did he report contradicting events when when he dialed emergency number 123 to reports his wife’s death and what was the real reason he rang from a cellphone.

According to El Tiempo newspaper in the commotion and upset of reporting the murder, Putker initially said that the incident took place in a hotel room, which left members of the Coast Guard bemused after they swept the area to find nothing. Putker’s second phone call to the authorities reported the current belief of what happened; that six men boarded the boat and the next thing he knew, he was gaining consciousness to find his wife dead.

Colombia’s Medical Examiner’s Office reported that Bruijn met her fate by asphyxiation, which according to El Tiempo newspaper would contradict Putker’s testimony.

In the probable frenzy of trying to alert the authorities Putker also allegedly made the call from a cellphone instead of the go-to form of communication, the maritime radio installed on the boat which delivers exact coordinates. According to Putker, this was because the radio was not working. However, this appeared not to be the case when inspected by officials.

Members of the family are flying out to Colombia while the authorities are still offering $10,000 to anybody that comes forward and sheds conclusive light on the case.