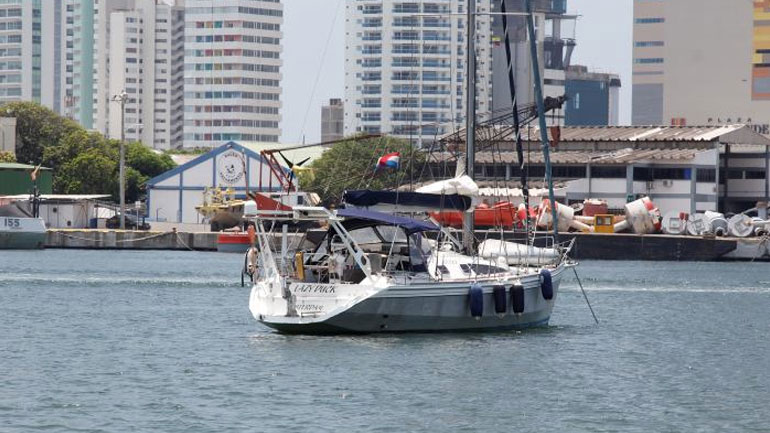 A Dutch tourist was murdered on a sailing boat off Colombia’s Caribbean coast on Saturday while on holiday with her husband.

According to reports, Durdadana Brujin was allegedly murdered on Saturday night after a group of 6 pirates boarded the sailing boat that the couple were navigating along the coast, leaving the boat with just over $66.

The boat was anchored off Isla Grande island, part of an archipelago located 1 hour from the touristic city of Cartagena, an area that does not normally have any pirate activity, according to authorities.

The only testimony that the authorities have received was from the husband who claimed that the hooded men boarded the Lazy Duck boat and attacked the husband leaving him unconscious. After regaining consciousness the witness allegedly found his wife dead and a small sum of money missing, despite the boat containing valuables including cameras and computers, according to reports. Authorities are treating this information as “confused and incomplete.”

“The foreigner [the husband] has a wound on his head and his wife had wounds on her head” and on various parts of her body, said Captain Jorge Herrera of the National Army in a press release.

“This is an unusual case that has never happened in the Rosario Islands, [but] it is being investigated. Given the touristic importance of this area, it is very well guarded and supported by the hospitality industry,” said Herrera.

According to El Universal newspaper, Herrera said that the information given by the foreigner is incoherent. The authorities are therefore trying to establish how the 6 men boarded the boat anchored in open waters, what they looked like and what they were wearing.

The port captain reported that the couple entered Colombian waters on the Lazy Duck on September 15 with a 5 day permit. Members of the Dutch embassy are reportedly in the area to help with the investigation.

The authorities are offering just under $10,000 (COP 30 million) for any information leading to the perpetrator of the crime.