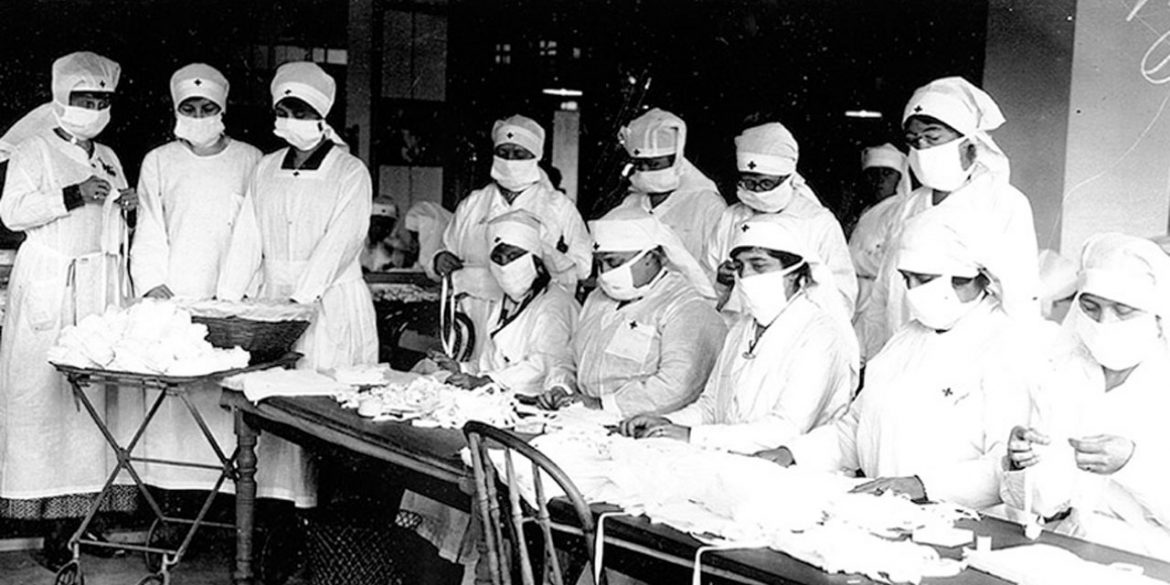 (Image:: Center for Disease Control and Prevention)
From the editor

Duque’s backwards response to the coronavirus could destroy Colombia

If you thought Uber was “disruptive,” please have a look at the history of plagues. All have severely damaged economies, and some even triggered the destruction of entire civilizations.

Science and technology that didn’t exist before provides hope. What has not changed is governments’ ability to react before it’s too late.

Pestilence is so common, there have been as many plagues in the world as there have been wars, yet plagues and wars always find people equally unprepared. When war breaks out people say: ‘It won’t last, it’s too stupid.’ And war is certainly too stupid, but that doesn’t prevent it from lasting… A pestilence does not have human dimensions, so people tell themselves that it is unreal, that it is a bad dream which will end… They continued with business, with making arrangements for travel and holding opinions. Why should they have thought about the plague, which negates the future, negates journeys and debate? They considered themselves free and no one will ever be free as long as there is plague, pestilence and famine.

Pandemics have been so traumatic and government responses have historically been so disastrous that plagues have largely been erased from our collective memory despite their enormous impact.

For example, how many of you were taught in school about the 1918 Spanish Flu that killed an estimated 3% of the world’s population?

In the United States alone, the Spanish Flu killed approximately 675,000 Americans in one year — including the grandfather of President Donald Trump — more than were killed in the eight years of World War I and World War II combined.

While believed to be at least as contagious, the coronavirus is nowhere near as deadly as the Spanish Flu, unless Colombia’s healthcare system collapses as predicted by the medical community.

At that point, the mortality rate could exceed that of the Spanish Flu with unforeseeable consequences, both in terms of human cost and the future of society.

Resisting pandemics’ destruction of the economy is futile as no economic system has ever survived a plague without permanent damage. The black death even ended feudalism.

Pandemics are too destructive to handle

Why has this pandemic affected our planet so much? First, it is important to understand that as long as human beings exist, pandemics will exist, this will not be the first or the last. Furthermore, throughout history, pandemics have had a high lethality and impact on productivity, and therefore the economy.

Colombia’s national health institute calculated in March that approximately one third of Colombia’s 50 million inhabitants could be infected. Other countries and local authorities have since more than doubled this estimate as more data has come in.

The Colombian Association of Infectious Diseases (ACIN) said in March it expected the coronavirus to have a mortality rate of around 0.2%. Leading influenza expert Lone Simonsen this week said she believes this could be 0.3% as more data has been coming in.

If Colombia’s healthcare system collapses, as predicted by the medical community, the ACIN believes the mortality rate of the coronavirus and related diseases could exceed that of the Spanish Flu and be as high as 7%, not counting the deaths of people deprived of healthcare.

Without even having relaxed the lockdown, two of Colombia’s hospitals have already shut down and healthworkers are walking out as many haven’t been paid in months and hundreds of their colleagues have been infected because of a lack of personal protection equipment.

Duque’s repetition of mistakes already made

The truth is that everyone is bored, and devotes himself to cultivating habits. Our citizens work hard, but solely with the object of getting rich. Their chief interest is commerce, and their chief aim in life is, as they call it, “doing business.”

Colombia’s government and its corporate media are repeating exactly the same mistakes that contributed to the hundreds of thousands of deaths in the US in 1918 by distorting the truth.

According to US historian John Barry, “the main lesson from 1918 is very clear: that you tell the truth in a public health setting,” which the government has been avoiding like the plague, in the face of an outbreak of the coronavirus.

Based on questionable data and twisting the words of a leading scientist, Health Minister Fernando Ruiz claimed the virus’ contagion curve was flattening to justify the repetiton of a second proven mistake; a hasty reopening of the economy.

Alex Navarro, the assistant director of the Center for the History of Medicine at the University of Michigan, told NBC News that the US cities did the same in 1918 with disastrous consequences.

Navarro studied the responses of 43 cities during the Spanish Flu pandemic and found “there was a lot of pressure in pretty much all of these American cities to reopen.”

“When they removed those restrictions too soon, then many cities saw a resurgence in cases,” the former investigator of the United States’ Center of Disease Control said.

Cities that used “early, sustained and layered” practices such as social distancing, closing public events and stay-at-home orders “fared better than those that did not,” Navarro told NBC.

Like Colombian media are doing now, according to Reporters without Borders, US media at the end of World War I were mainly following government instructions and engaging in self-censorship, Barry told the Washington Post.

When the government of Philadelphia wanted to hold a major parade to celebrate the return of soldiers from Europe, “basically every doctor [was] telling reporters the parade shouldn’t happen. The reporters were writing the stories; editors were killing them,” Barry said. “The Philadelphia papers wouldn’t print anything about it.”

The Colombian prison authority’s decision to transfer prisoners from the infected Villavicencio prison to other prisons, looks similar to what journalist and scholar Catharine Arnold called “a notorious medical experiment” that caused the infections of 500 of the 1.900 inmates of California’s San Quentin prison.

“Within two weeks there were over 100 cases there including the resident physician, the pharmacist and three nurses” in Folsom Prison  after an infected prisoner was transferred there, California prison doctor Leo Stanley wrote in 1919.

Too traumatic to remember

No, we should go forward, groping our way through the darkness, stumbling perhaps at times, and try to do what good lay in our power. As for the rest, we must hold fast, trusting in the divine goodness, even as to the deaths of little children, and not seeking personal respite.

Colombia was largely spared from the Spanish Flu because there was barely any air traffic at the time. The country only had a few thousand cars and hardly any infrastructure that would have allowed the virus to spread. Nevertheless, 2,000 people died in Bogota and the neighboring Boyaca province, according to the ACIN.

This time, Colombia will not be spared. The country is fully connected with the globalized economy that has facilitated the rapid spread of the coronavirus. What it lacks is memory and, according to FMC vice-president Carolina Corcho, a healthcare system that could deal with even a minor surge in illnesses.

According to novelist and philosopher Albert Camus, human nature impedes us from accepting that we can die at any given time, without any logic or rational explanation. Plagues are traumatic reminders that sudden death can render each of our lives instantaneously meaningless.

According to Camus, we have adopted a collective amnesia in order to falsely convince ourselves we are safe and can somehow control our fate.

To illustrate this, I bet none of us had heard of “social distancing” until a few months ago while this measure was already imposed in parts of the United States and Canada in 1919. This reminder of the trauma has been simply repressed.

What we learn in time of pestilence: that there are more things to admire in men than to despise.

Without taking bold steps towards a new economic system, Colombia’s government will not just risk losing national airliner Avianca and state-run oil company Ecopetrol, but deal with a famine later this year, according to the World Food Program.

To prevent this, the government must urgently prevent the collapse of healthcare as urged by the medical community and guarantee food production and distribution as urged by economist Salomon Kalmanovitz.

Meanwhile, all must begin imagining a new economic system we have never considered before instead of sustaining a dying one. If we don’t, we will be condemned to misery.