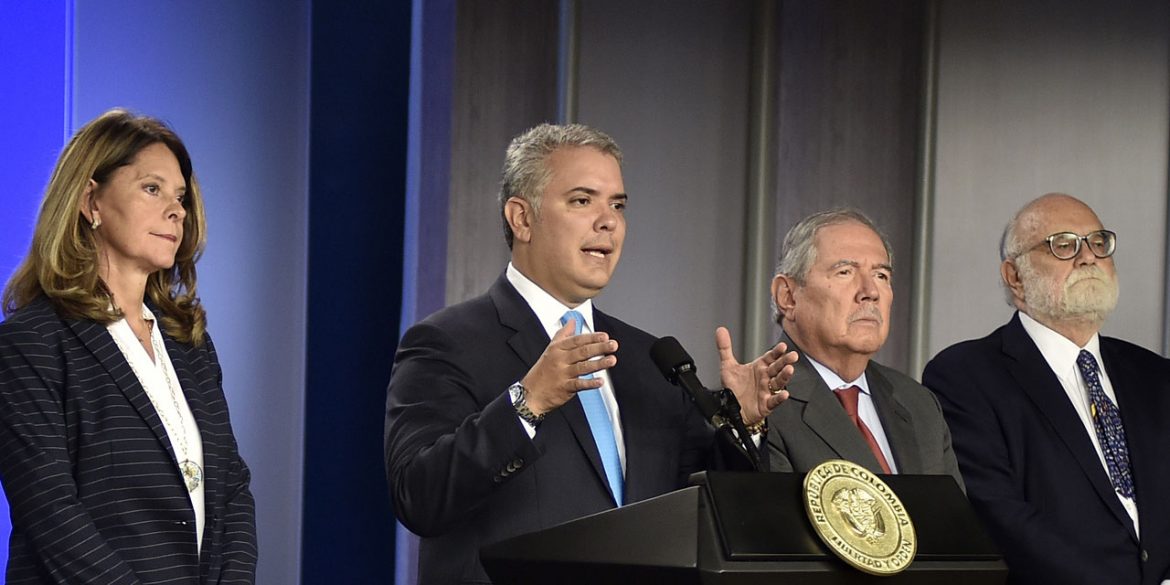 Colombia’s President Ivan Duque said Friday that the army orders to double the number of combat kills and captures would be reviewed after growing concerns they would incentivize the killing of civilians.

The new army instruction and concerns within the military about how it put innocent civilians’ lives at risk was revealed by the New York Times and confirmed by Colombian media.

But on Friday, Duque and his ministers weren’t as certain about their previous claims and announced a special commission to verify the controversial army chief’s “strict adherence to the Constitution and the law, and the harmony with human rights and international humanitarian law.”

I have asked this commission to carry out a revision of the best international standards so we can evaluate if the procedures, orders and protocols are synchronized with these norms.

Martinez had already announced he would change the controversial instructions after multiple officers warned the media they could revive the army’s old habit of executing civilians in order to inflate results and reap rewards.

The army commander, who is already linked to the murder of 23, civilians, did not specify which parts of his controversial set of orders he would change.

Between 2002 and 2008, when Duque’s political patron Alvaro Uribe was president, more than 4,500 civilians were executed and presented as guerrillas killed in combat.

The so-called “false positives” scandal sunk the reputation of the Colombian military that has been fighting leftist rebel groups since the 1960s.

Human Rights Watch had already expressed its concern in January after finding out that Duque had promoted Martinez despite the ongoing investigations in his involvement in the killing of civilians, including a 13-year-old girl who was presented as a guerrilla killed in combat.