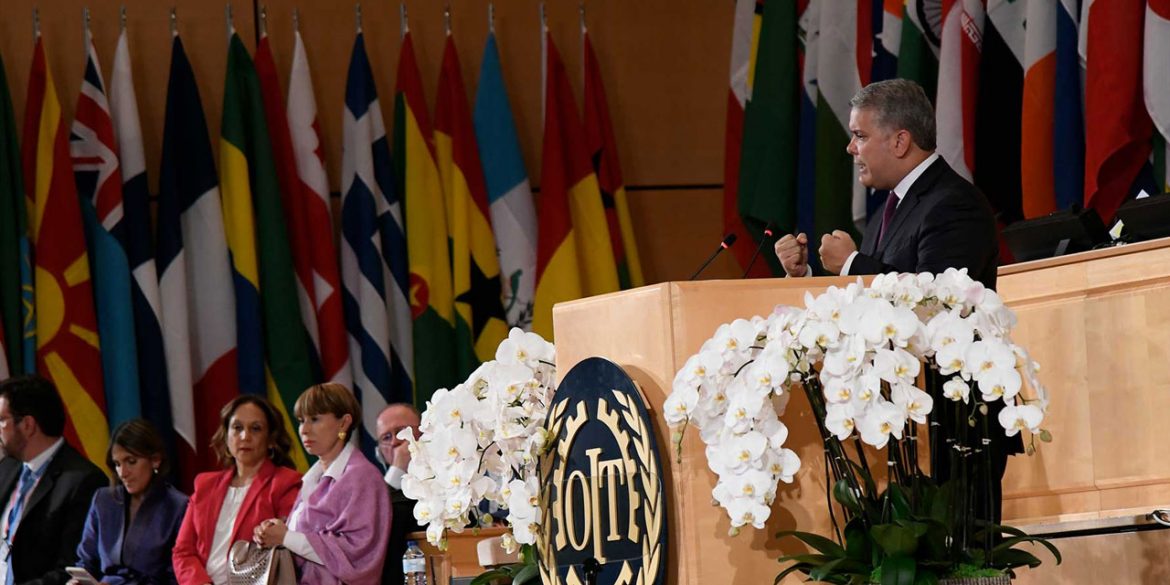 President Ivan Duque promised the International Labor Organization (ILO) on Wednesday that he will reverse Colombia’s rising unemployment rate and push it to a record low before leaving office.

Speaking at the ILO summit in Geneva, Duque vowed to curb unemployment that has been going up since 2015 after a global drop in oil prices reversed years of dropping unemployment.

Colombia, which has long had one of the highest unemployment rates in Latin America, faces “enormous challenges for the future of jobs” as well as the rest of the world, said the president.

Nevertheless, Duque said that he wants “to reach an unemployment rate below 8%,” the lowest in Colombia in the last three decades.

We want our Development Plan by August 2022 to leave us… a country that has created 1.6 million new jobs and we want to reach an unemployment rate that is below 8%, the lowest in Colombia in the last three decades.

The president specifically said he wanted to tackle youth unemployment that reached a rate of 19.5% in the first quarter of this year, according to the country’s statistics agency.

To achieve this, said Duque, he would have to take “bold regulatory decisions so that more young people between 18 and 28 can enter the labor market.”

Additionally, the president vowed to tackle the country’s historically high informality rate in order to “have the best instruments to make sure that.. the quality of employment is accompanied by pension savings and, of course, the widest possible social security coverage.”

Duque said that he believed that job creation and the improvement of labor conditions will help “close the [wealth] gap and achieve a better state of development.”

The president’s first 10 months in office have seen elevated unemployment hikes that have severely affected public approval of the government’s economic policy.