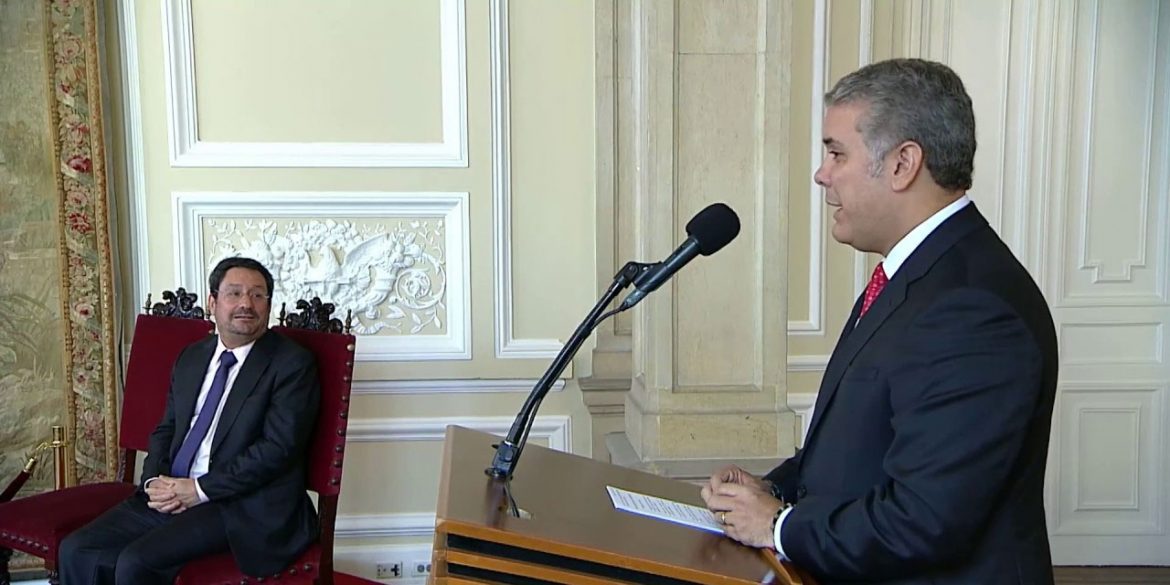 President Ivan Duque ordered Colombia’s ambassador to the United States to come to Bogota after a recording was leaked in which the diplomat was being hardly diplomatic about the government.

Duque announced this hours after news website Publimetro recorded audio in which Ambassador Francisco Santos said “the State Department of the US’  is destroyed, accused the incoming Defense Minister Carlos Holmes Trujillo of doing nothing and said former Defense Minister “not showing.”

After a phone call, Duque told Santos to immediately return to Bogota.

Despite incoming Foreign Minister Claudia Blum calling Trujillo “a disaster,” she was not publicly ordered to explain the scandal to the president.

The latest scandal is the second attributed to Santos, the cousin of former President Juan Manuel Santos. The ambassador was suspected of having leaked a US-Colombian strategy to oust Venezuelan President to a Brazilian reporter last year.

The embarrassing exposure of the tensions within the Duque administration and Santos’ despair about the administration of US President Donald Trump are the last thing the president needs at the moment.

Massive anti-government marches are expected on Thursday and both Duque and his Defense Minister are under tremendous pressure to meet US-set targets to reduce drug trafficking.

According to Blu Radio, Santos’ bashing of the Trump administration caused “great annoyance” in Washington, the president’s most powerful foreign ally.

According to Blu Radio director Nestor Morales, Duque’s brother-in-law, “Santos’ relation with the State Department is going to be very difficult to re-establish,” which is likely to cost him his job.

The dynasty politician is infamous for being a blabbermouth and controversial over his alleged attempts to form a paramilitary group in Bogota when he was editor-in-chief of newspaper El Tiempo in the 1990s.