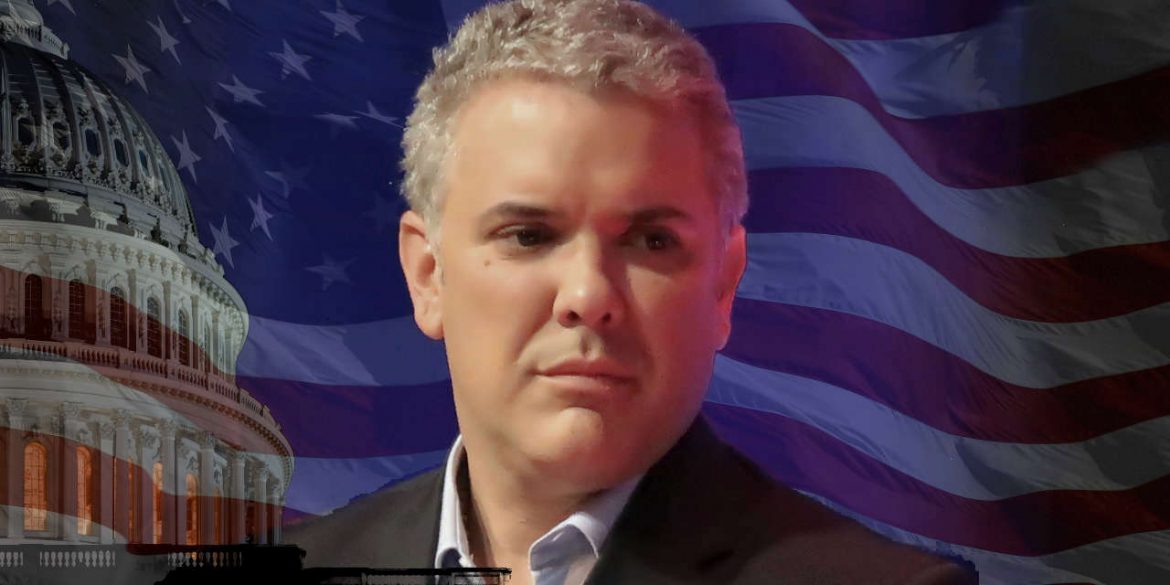 Colombia’s President-elect Ivan Duque on Thursday held his first formal trip to Washington DC, the city where he spent years working as yet another anonymous official.

Many in Colombia hardly knew Duque until recently either; until half a year ago he was the guy sitting next to Alvaro Uribe, the former president who is investigated for murder, in his country’s senate.

But Colombia elected the 41-year-old heir of a political dynasty president and Duque returned to his former city not to return to his boring nine-to-five job at the Inter-American Development Bank, but to meet with the big shots of US foreign politics as his country’s future head of state.

The trip, though, appeared to be more about Venezuela than Colombia, where Duque will be put in charge of an ongoing peace process in August and drug trafficking is doing better than ever.

Duque began on Thursday with a visit to Marco Rubio, an influential Republican senator from Florida and Democratic Representative Ruben Gallego from Arizona.

Rubio is powerful. According to “New Yorker” magazine, “Many see Rubio as an architect of the Administration’s hawkish new approach to Cuba and Venezuela, and he said he is working with the White House on those and other issues.”

According to Duque, the three talked about the importance of strengthening relations between the US and Colombia.

Rubio added that they talked about the regional efforts “to put an end” to an ongoing crisis in Venezuela “and restore its democracy.”

Rubio and Trump have openly suggested a military coup in Venezuela, which has been categorically rejected by outgoing President Juan Manuel Santos and all other regional leaders.

Duque is close to members of Venezuelan political dynasties that also oppose the increasingly authoritarian Venezuelan President Nicolas Maduro, but has been ambiguous about his proposed strategy as president.

Duque then met Secretary of State Mike Pompeo and Francisco Palmieri, one of the State Department’s top aides for hemispheric affairs.

A National Security Council spokesperson told Spanish new agency EFE that John Bolton, the national security adviser of US President Donald Trump, “will meet with Duque while on his visit to the capital.”

Bolton is one of the most militaristic members of the Trump administration and in favor of an aggressive policy in Latin America against countries that undermine US interests in the region, a senior administration official told McClatchy.

According to Blu Radio, the incoming Colombian president would also meet CIA chief Gina Haspel and Trump’s Chief of Staff, John Kelly, for some high-level political mingling, but this was not confirmed.

Details about the content of these meetings were not immediately revealed, but they must have been more interesting than the ones he had at the IADB between 2001 and 2013 when he returned to Colombia.