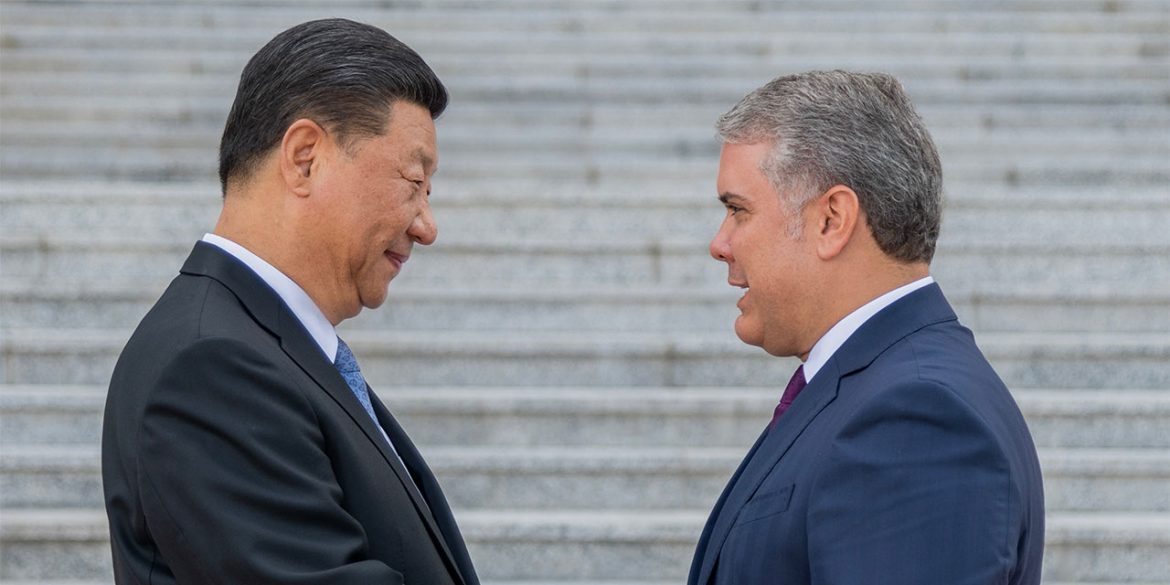 Duque returns from China with good news and no news

Colombia president Ivan Duque on Thursday returned from an official a three-day visit to China, disappointing expectations he had raised beforehand.

The president, accompanied by ministers and a trade delegation, visited Shanghai and Beijing with two clear priorities: increase the export of agricultural products and investment from the Asian giant.

The concrete results of Duque’s “historic” visit were a bilateral agreement to export $40 million in bananas to China per year and to allow the entry of Colombian Hass avocados to the Chinese market.

Beijing agreed to import almost 960 tons of avocados, a deal worth approximately $2 million.

While representing only a 1% increase in exports, the deals represent a 16% increase in agricultural exports to China compared to 2018.

The president and his trade delegation apparently failed to convince President Xi Jinping and the members of his Communist Party to lift China’s ban on Colombian meat products, another announced priority.

In regards to investment, Duque said that China’s Development Bank would provide a $400 million loan to finance the improvement of the road infrastructure in Uraba, one of the Colombia’s main banana growing regions.

The project, which will be executed by Chinese construction company China Harbour, seeks to reduce travel time between Medellin and Caribbean coastal town Necocli to approximately 4 hours.

The project will generate approximately 2,000 jobs during the construction stage, according to the government.

Duque said that it is the first time that the Development Bank of China finances a public private partnership in Colombia, which indicates that it is “a very important message for infrastructure development.”

While no other agreements to increase China’s virtual absence investment in Colombia were mentioned, Duque did say the country would donate 3,000 solar panels for a government project to increase rural communities’ access to electricity.

In what could provide a tourism boost, the China government gave its guarantee that it would allow the strictly regulated Baidu search engine to provide information about Colombia.

“The citizens of China can get to know Colombia, the wealth of our country, the beauty of our country and make a great bet so that we have more Chinese visitors in Colombia, developing tourism ties ,” said Duque.

Both sides also discussed the possibility of establishing direct air travel routes between Colombia and China.

“There were issues such as having a direct flight from Shanghai to Bogota. That route is being opened with the Ministry of Transportation, exploring that possibility to have it as quickly as possible, and that this is also a tourism boost,” the head of state said.

Duque said he hoped these agreements could trigger a significant increase in the numbers of tourists and potential investors from China.

“We barely have 15,000 Chinese visitors per year in our country. Our goal is to double and triple this figure in the next three years,” he said.

“Having better connectivity, that’s why we want to have direct flights from Shanghai to Bogota, and also from Beijing. I consider that we can match both visions, and with that strengthen the diplomatic bilateral relationship,” he added.