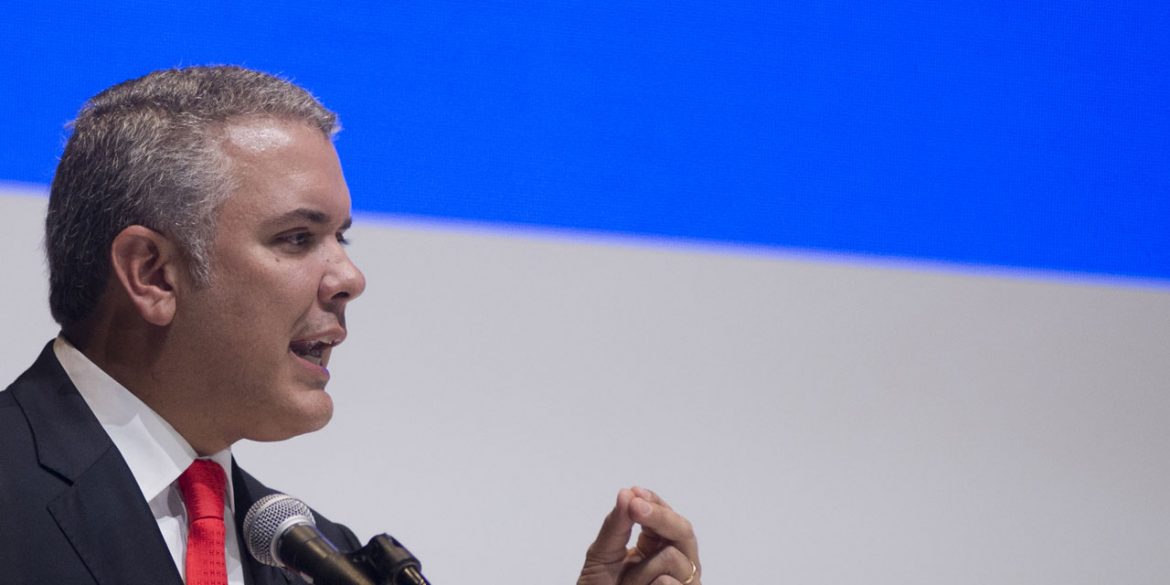 Colombia’s President Ivan Duque is increasingly isolated over his refusal to honor protocols agreed with the international community in the event peace talks with ELN guerrillas end.

Duque and his foreign minister Carlos Holmes Trujillo have told the Colombian public that their refusal to acknowledge the protocol agreed with the ELN and guarantor countries was backed by the United Nations and the Inter-American Commission for Human Rights, but this claim appears false.

While the international community has been unanimous in rejecting the terrorist attack carried out by an alleged ELN guerrilla, no country has supported Duque’s claim he is not bound by agreements made by his predecessor, Nobel Peace Prize winner Juan Manuel Santos.

Norway and Cuba, two of the guarantor countries, have said that they will remain committed to the protocol that obliges Duque to allow the rebel leaders to reunite with their troops in the event of a rupture of talks.

Liberal Party leader Cesar Gaviria said his party “neither agrees nor supports the Colombian government’s rejection of the protocols necessary to facilitate peace talks,” according to weekly Semana.

U Party leader Aurelio Iragorri told W Radio that he would not put guarantor countries in a position “by saying that if they make one decision or another they are supporting terrorism.”

There is a Hungarian writer who wrote a book called The Fear of Barbarians, and there is a phrase that says: “The fear of barbarians is what threatens to turn us into barbarians.” A given word is sacred and the rule of law can never be diminished one iota in this fight against terrorism.

Green Party Representative Juanita Goebertus claimed that the government is not just threatening to break its word with the international community, but has been lying to the Colombian people about its state obligations.

Experts told newspaper El Tiempo last week that Duque’s persistent claim he is not bound to agreements made by any preceding head of state is unlikely to result in international sanctions, but could further harm the country’s international reputation.

It is very delicate for a state to ignore a commitment that it attributes to a previous government. This doesn’t make much sense because in the eyes of the world it is a matter of responsibility of the State not only of a government, so I think [the Colombian state] will lose credibility.

It is difficult to imagine that non-compliance will lead us to a scenario of sanctions in some international instance, but very surely there would be tension in diplomatic relations with some countries, and perhaps some criticism on the part of others.

Whether the ELN bomb attack and Duque’s subsequent ending of peace talks has further hurt the president’s public perception is unclear; no pollster released any opinion polls since the January 17 attack.

Until November, when the last poll was held, the vast majority of Colombians stated to be in favor of peace talks with the 55-year-old guerrilla group.