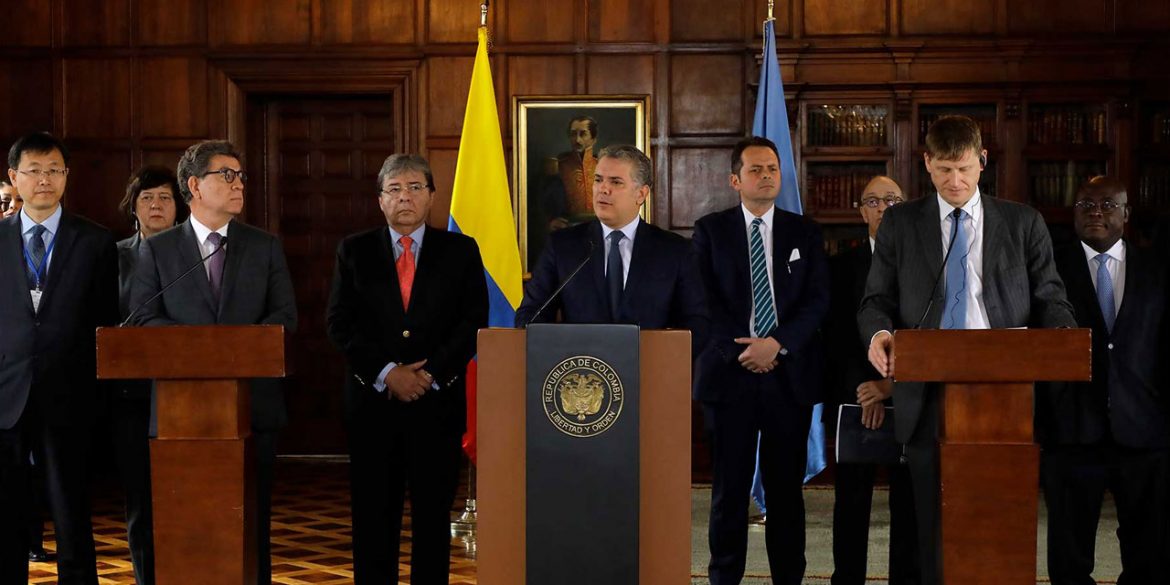 The mandate of the UN’s peace observers was due to expire in September, but will last at least another year, Duque announced after meeting with the 15 ambassadors of the council.

Today I asked the UN to extend for another year the supervision that the Verification Mission has been carrying out on the peace process with the FARC.

According to the president, who has been criticized over his administration’s failures to implement the 2016 peace deal, said that the UN’s “work and scrutiny is vital for this process of integration,” one of the elements of the peace deal Duque has explicitly expressed his commitment to.

In the coming year, the international observers will primarily continue to monitor the reintegration of demobilized FARC rebels, but will also continue to keep an eye on the violence that is targeting demobilized guerrillas, human rights defenders and community leaders.

The president’s far-right party and his political patron, controversial former President Alvaro Uribe, have fiercely opposed the peace process for years and are widely blamed by human rights defenders and peace advocates of fueling deadly violence with incendiary rhetoric and stigmatization.

Before the ambassadors, Duque preferred to blame the violence solely on illegal armed groups “who want to intimidate and assassinate them.”

According to the UN, local experts and civil society groups, the violence is mainly due to the government neglect. Many areas that used to be controlled by the guerrillas have descended into chaos after the security forces and government entities failed to move in, take over control and impose the rule of law.

The UN mission, which will be in the country until Sunday, will also meet with the FARC, the presidents of the transitional justice system and representatives of civil society to hear their opinions about the progress of the peace process.