According to both the mayor and the government secretary of Miraflores, Guaviare, a Colombian delegate of the United Nations’ monitoring and verification mission was kidnapped after meeting with locals to promote a coca crop substitution program that is part of the peace process with the FARC.

The kidnapping was confirmed by the national authorities on Thursday.

The official came from a community meeting in Barranquillita. We understand that this area is home to FARC dissidents and that they would release him around noon today. We hope he is safe and sound and will be released soon. This type of action is absolutely unacceptable.

According to RCN Radio, the unidentified UN official was kidnapped while driving back to Miraflores, a town in one of Colombia’s most important coca growing regions.

In the area, several of the FARC’s approximately 50 fronts have refused to take part in the peace process.

The dissident front that allegedly kidnapped the UN official is the 1st Front, which is best known for being the front that held former presidential candidate Ingrid Betancourt and three US military contractors for years. 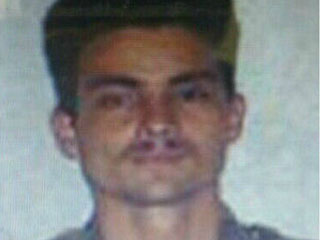 According to local authorities, dissident FARC mid-level commander “Ivan Mordisco” is the commander of the group of approximately 100 former FARC members.

The group declared its dissidence in 2016 after which it was expelled from the FARC.

The Guaviare province is possibly the most complex conflict areas in Colombia, because of its history of lawlessness and the presence of both dissident guerrillas and paramilitary groups like the AGC, the Bloque Meta and the Libertadores de Vichada.

The kidnapping took place just hours before the arrival of the 15 ambassadors that make up the United Nations’ Security Council and are in Colombia to inspect the peace process that seeks to end more than half a century of war in the South American country.

The UN has hundreds of employees in the country to monitor the process and verify allegations of violations of the historic peace treaty signed by FARC leader “Timochenko” and President Juan Manuel Santos in November.