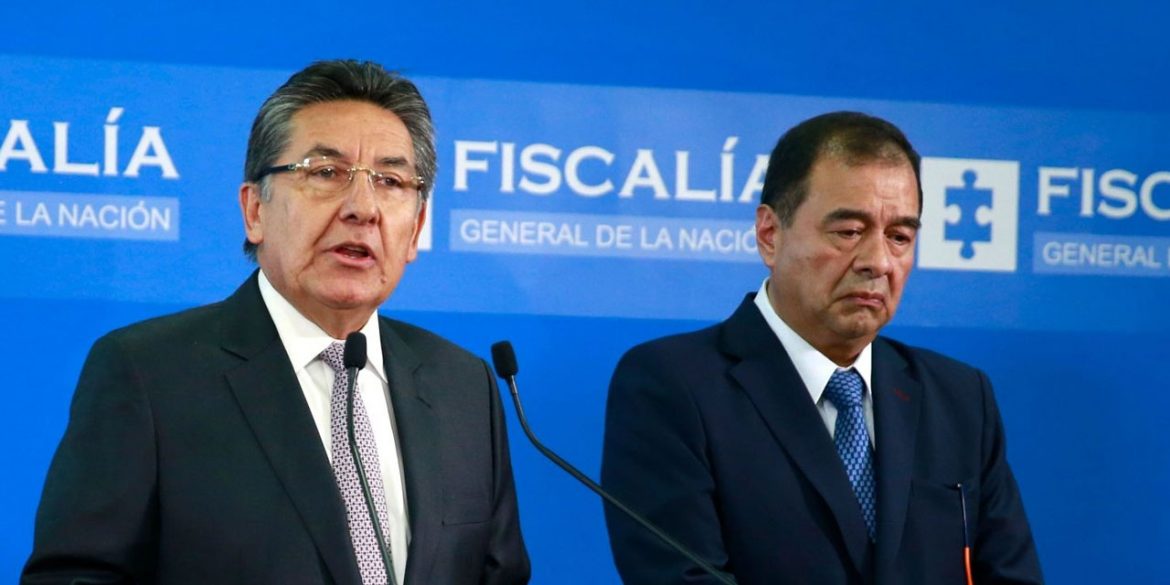 Did Colombia’s former chief prosecutor turn the prosecution into his own illegal spy ring?

The criminal charges follow mounting claims and evidence that Martinez, who resigned in May, had ordered all kinds of illegal wiretaps and that the prosecution continues to carry out the illegal activity.

Acting Prosecutor General Fabio Espitia admitted on Sunday that two peace facilitators had been wiretapped, but failed to specify whether these wiretaps were  illegal.

Meanwhile, the list of people who were or are reportedly illegally wiretapped by the prosecution keeps growing.

The first criminal charge is related to revelations made by Semana columnists Daniel Coronell and Maria Jimena Duzman over the illegal wiretapping of politicians and attorneys involved in the country’s ongoing peace process.

The second was related to the former chief prosecutor’s alleged attempts to cover up the bribery practices both of Brazilian engineering firm Odebrecht and  banking conglomerate Grupo Aval, a former client of Martinez.

Opposition Senator Ivan Cepeda said he too would file criminal charges after his former prosecutors testified that Martinez gave orders to illegally wiretap him.

According to Duzman, the prosecution has been illegally wiretapping since former president Alvaro Uribe was in office, but this became common practice when Martinez became chief prosecutor in 2016.

Since the DAS wiretapping scandal, the rooms of the Esperanza platform, created in the mid-1990s to confront drug trafficking and terrorism, are being used to illegally intercept targets that have nothing to do with either of the two. During the administration of Nestor Humberto Martinez, this corrupt practice intensified to such an extent that the British and Americans who finance the maintenance of the Esperanza platform, worried about so many scandals, decided to ask for an internal audit.

In many of the cases, the alleged victims were of personal interest to Martinez or his former clients like Grupo Aval and former Hyundai Colombia CEO Carlos Mattos.

But ever since he resigned, the former prosecutor general has been inching closer and closer to becoming a suspect in major criminal investigations.