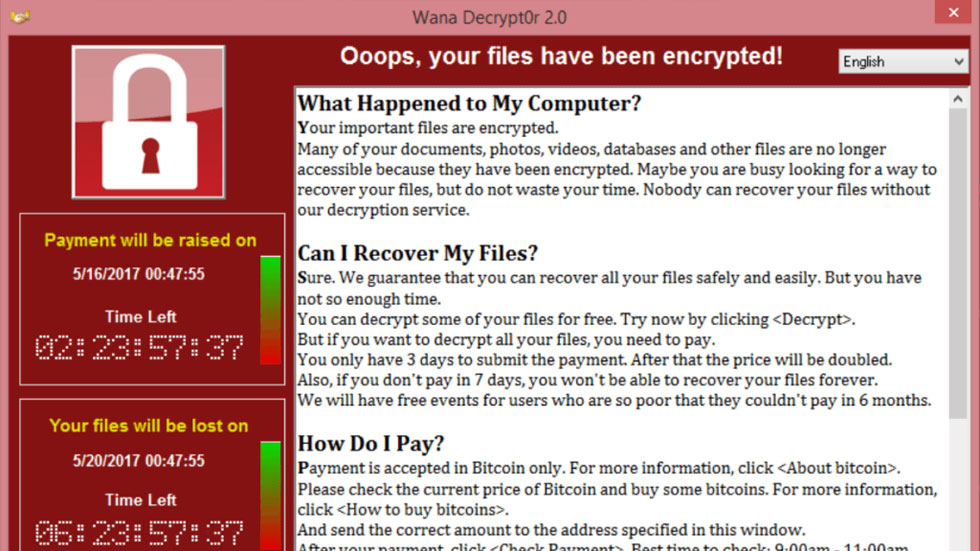 Colombia’s deputy technology minister on Sunday urged all in the country to update their security, saying he expected a second wave of ransomware attacks on Monday.

Friday’s attack of the so-called Wannacry virus affected 150 countries and at least 10 companies and one government agency within Colombia.

The so-called worm virus locks a computer and demands a $300 ransom for it to be unlocked.

Colombia’s chief of the National Police’s cybercrime department, Fredy Bautista, would not specify which companies and government agency had been affected by the attack.

The top official urged users of Microsoft Windows not to pay the ransom, but failed to offer an alternative solution in the event of an infection.

“It is urgent we all update our Windows security,” Deputy Technology Minister Daniel Quintero said on Twitter, adding instructions on how to obtain security patches from Microsoft.

BBC News on Sunday reported global fears of more attacks as people turn on their work computers on Monday morning.

Nevertheless, after offices in Europe had opened on Monday, the British public news outlet reported that “few” new infections had been reported.

Microsoft, which blasted US intelligence agency NSA for allegedly failing to prevent the theft of numerous cyber weapons kept by the cyberspy agency, said the Wannacry attack was a “wake-up call.”

“This attack provides yet another example of why the stockpiling of vulnerabilities by governments is such a problem,” Brad Smith, president and chief legal officer at Microsoft, wrote on his blog.

Friday’s attack effectively locked 200,000 computers worldwide. The ransomware hit hardest in Russia and China, and to a lesser extent in the UK and Germany.

Apart from Colombia, other South American countries affected by the global attack were Peru and Brazil, according to the BBC.