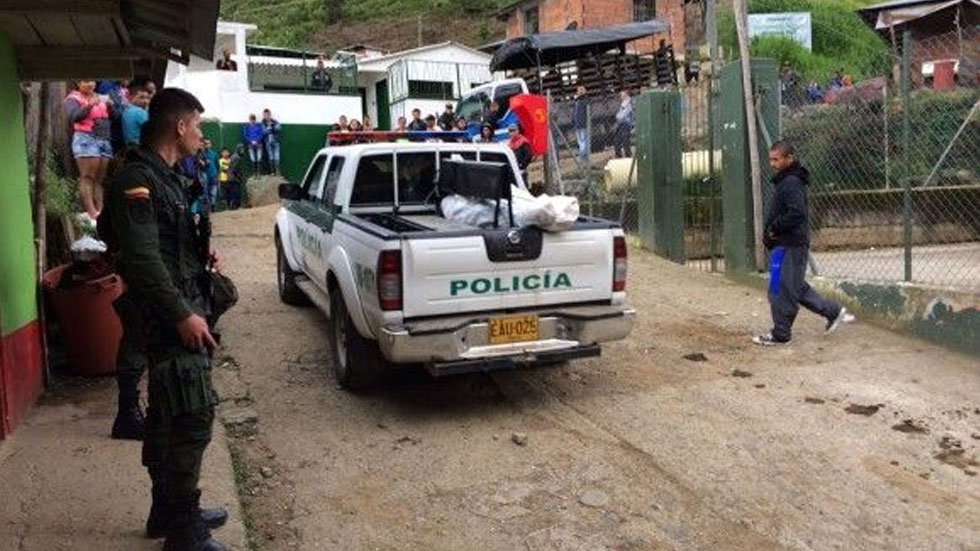 A commander of the FARC was assassinated Monday, endangering criminal investigations about the demobilized guerrilla group’s criminal activities in a key drug trafficking corridor.

According to locals, Jesus Adan Mazo, a.k.a. “Molina,” was the FARC’s militia chief of the 18th Front.

The victim was murdered around 1AM inside a home at only meters of the FARC’s demobilization camp in Ituango, a municipality in the north of the Antioquia province.

Because the victim was a militia member, rather than a guerrilla, he had registered his demobilization, but is not allowed to stay inside the demobilization camp in the hamlet of Santa Lucia, the highly secured hamlet where hundreds of guerrillas members are held.

The homicide was reported by the FARC members staying in the UN-monitored camp.

In spite the homicide taking place in one of Colombia’s most secure areas, police were unable to detain a suspect.

According to the neighbors, the armed men removed him from the house and shot him three times, enough to end his life. This is the second ex-combatant of the FARC who is assassinated in Ituango. The death of “Molina” occurs just the day before the completion of Transitional Standardization Zones and the beginning of the Territories of Training and Reincorporation, which causes fear among the inhabitants of that path as they consider this as “a very clear and fatal message for the process”

According to the FARC, at least seven demobilized FARC members and 10 family members of FARC guerrillas have been assassinated since a peace process with the State began on December 1, 2016.

“Molina” is the first commander to be assassinated.

On Tuesday, the day the UN completes the removal of arms, the demobilization camps will convert into training and reintegration camps in which guerrillas can receive education and training in order to facilitate their return to civil society.

Guerrillas accused of grave human rights violations will stay in these camps while awaiting trial.