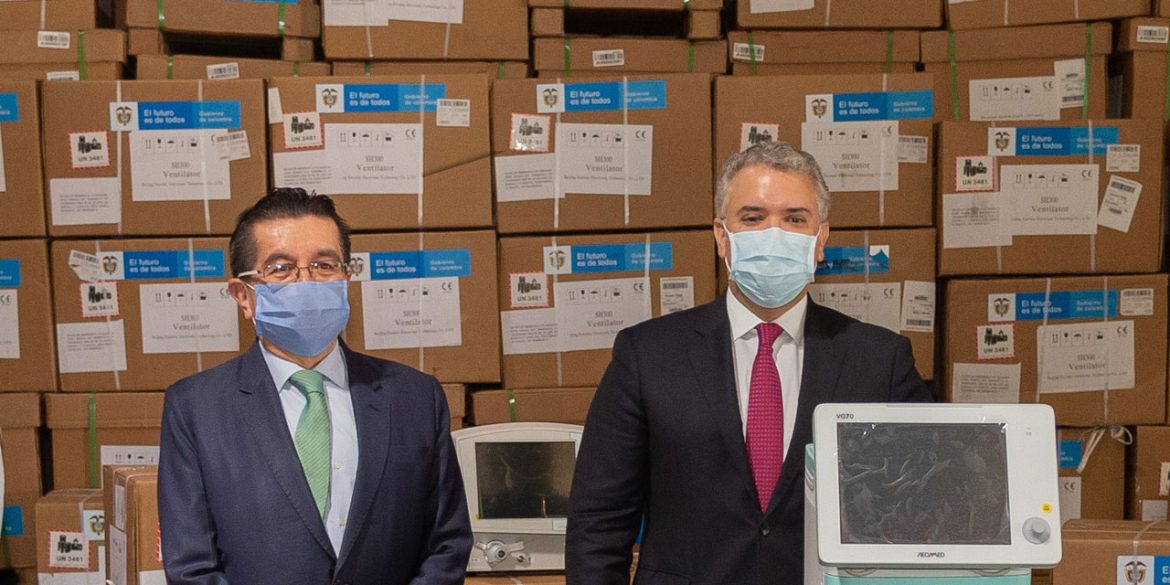 Colombia’s President Ivan Duque was spotted outside the presidential palace on Tuesday for the second time in three-and-a-half months.

A day after Bogota Mayor Claudia Lopez mocked Duque’s coronavirus response, saying that “the only one who has stayed inside is the president,” the President bravely showed his face at a storage facility of the Health Ministry.

With the exception of a May 1 visit to the National Health Institute (INS), Duque has been locked inside the presidential palace since March 11 apparently sticking to the 1918 protocol of late President Marco Fidel Suarez.

While the Spanish Flu was collapsing Bogota, Duque’s predecessor locked himself up in the so-called “Casa de Nariño” until the worst pandemic of the 20th century was over.

Duque’s most notable update of the 1918 protocol was his daily appearance on Facebook, the social media network that had yet to be invented at the end of WWI.

For two straight months, the president was telling Colombian citizens to go back to work through Facebook without leaving his safe space in the presidential palace.

Duque was already mocked over his daily COVID show, but Lopez decided to double down on Duque’s calls on Colombians to go back to work, saying “that’s easily said locked up in the palace. The president doesn’t have to go out to work, to go out in the street.”

It’s very easy to say we can’t lock ourselves in when the only one who’s really been locked up is the president, everyone else has had to go out to work.

Lopez’s snide remark was enough for the president to demonstrate bravery, leave the presidential palace and wear a mask for the second time in public since the coronavirus was first confirmed in Colombia on March 6.

Duque’s failure to accurately count ventilators ruined his self-proclaimed act of patriotism and triggered even more mockery on social media.