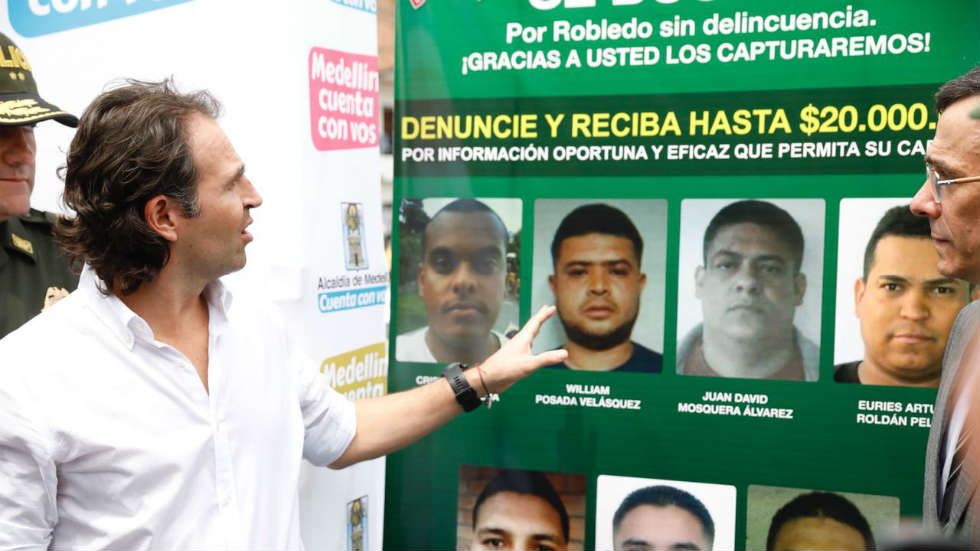 The United States’ Drug Enforcement Administration has requested the extradition of four Medellin crime lords who are suspected of running drug trafficking rackets from prison, the city’s mayor said Thursday.

According to Mayor Federico Gutierrez, the DEA requested the extradition of “Tom,” “Carlos Pesebre,” “Soto” and “Chamizo.”

All four are leaders of the local crime syndicate “La Oficina de Envigado,” which has controlled much of Medellin’s underworld since the 1980s.

Gutierrez made the announcement after locals found the bodies of five suspected drug dealers in the Robledo district and the Medellin River.

The gruesome discovery marked the end of a particularly violent month in Colombia’s second largest city.

According to local media, 54 homicides were reported in January, a 35% increase compared to the same month last year.

The arrest of Tom, the alleged leader of La Oficina, appeared to have spurred tensions between gangs that are loyal the local crime syndicate and gangs loyal to paramilitary organization AGC.

Medellin saw a similar spike in homicides after the 2008 extradition of “Don Berna,” a drug trafficker who inherited La Oficina after the death of Pablo Escobar in 1993.