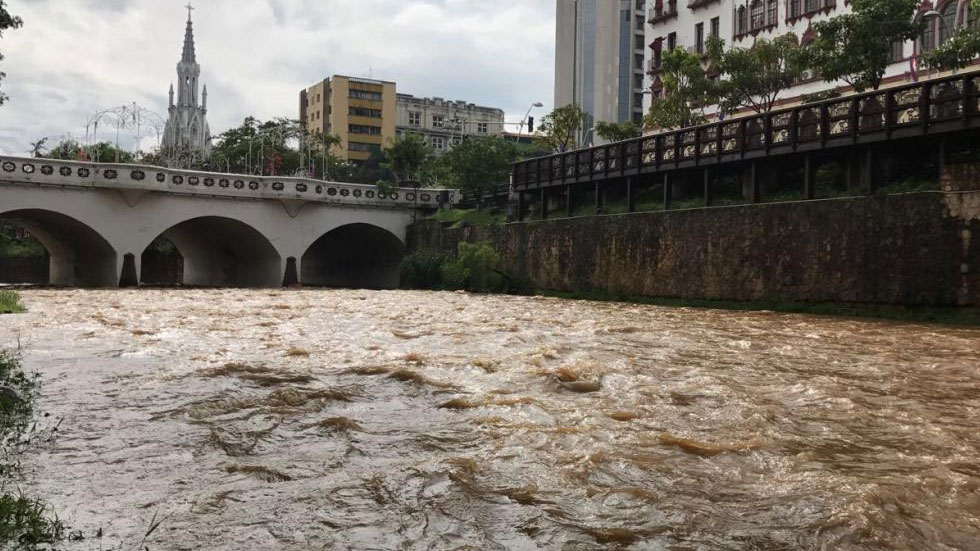 While the dead bodies of many are still buried under the rubble caused by a mudslide in southern Colombia, ongoing torrential rains continue to threaten the country.

According to President Juan Manuel Santos, the combination of this year’s first rainy season and Pacific weather phenomenon “La Nina,” more than one third of the country’s municipalities are on some level of elevated alert.

And for good reasons. The ongoing rains increasingly elevate the risk of floods or avalanches, making a repetition of the recent Mocoa disaster that killed hundreds increasingly possible.

Environment Minister Luis Gilberto Murillo traveled to the southern city of Florencia on Thursday to oversee efforts to prevent the flooding of yet another province capital, before returning to Mocoa.

According to local authorities, the four rivers surrounding Florencia are at the point of overflowing and at eight points within the city, waters has saturated the soil to the point that the risk of landslides is imminent.

Additionally, the Hacha river that crosses 20 of the city’s neighborhoods is only inches from overflowing.

Cali, Colombia’s third largest city, woke up on Good Friday landslide emergencies in the saturated hills of the west of the city and rural area.

The heavy rains spurred landslides in the Tierra Blanca neighborhood and the hamlet of Felidia.

The city’s biggest potential flood threat, the Cali river that crosses city’s center, has so far been able to hold the high waters and, according to the city’s administration, poses no immediate threat for flooding.

The Pance river that passes the southern border of Cali’s urban area, however, has flooded, but outside the city.

The Cauca river, the city’s eastern border, poses no elevated risk, according to local authorities.