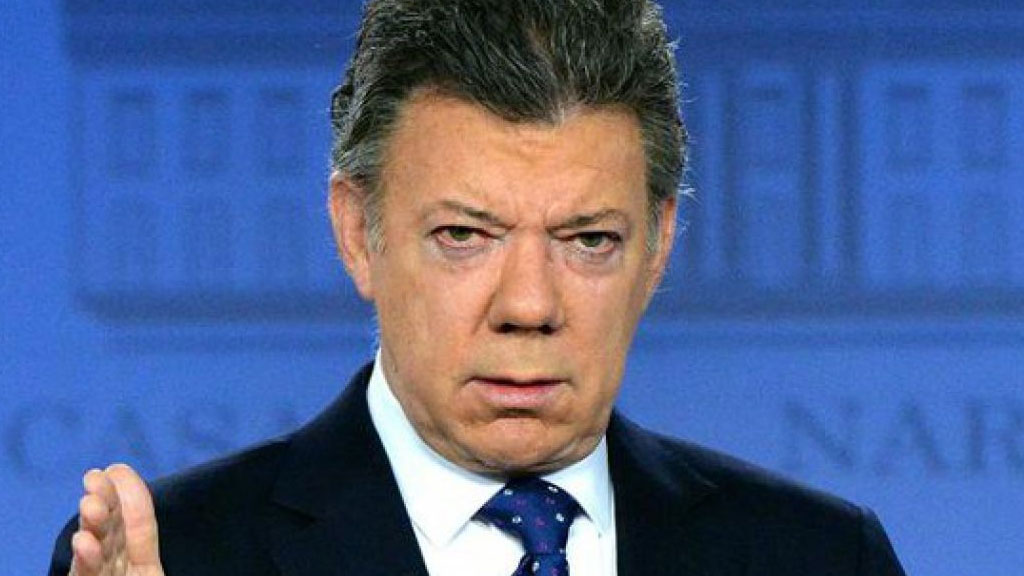 Days before Colombia peace deal, Santos has ‘no time’ for debate with opponents

Colombia President Juan Manuel Santos turned down an invitation of his predecessor Alvaro Uribe for a public debate on an impending deal to end the state’s half-a-century armed conflict with Marxist FARC rebels.

“I don’t have time to accept any kind of debate,” Santos said in New York City where he will address the United Nations’ General Assembly later on Tuesday and meet with US President Barack Obama on Wednesday.

After years of refusing to accept Santos’ invitations to talk about peace with the FARC, Uribe challenged his successor to a public debate last week, less than two weeks before the FARC’s demobilization and less than three weeks before a referendum on the deal.

The former president has opposed the peace talks since they were announced in 2012 and has fiercely criticized the deal because of controversial elements in terms of justice and the FARC’s future political participation.

Santos has been responsible for the negotiations and has been promoting the deal ahead of an October 2 referendum on the deal with will be signed next Monday.

“I won’t be back in Colombia until Thursday and have an itinerary for every day because we are on campaign,” a visibly annoyed Santos told US television network Univision when asked whether or not he would accept Uribe’s invitation.

“For four years I have wanted to discuss the peace process with my opponents,” said Santos, whose invitations to talk have been routinely rejected or ignored by Uribe.

The hard-line former president is ideologically opposed to the leftist rebels and could face major legal issues once a Truth Commission and a Transitional Justice Tribunal begin investigating war crimes, many of which were committed by the military under Uribe’s watch or by paramilitary groups with ties to Uribe’s political allies and family.

The former president has been linked to a paramilitary massacre while his brother already is in jail awaiting trial for allegedly forming a death squad in the 1980s.