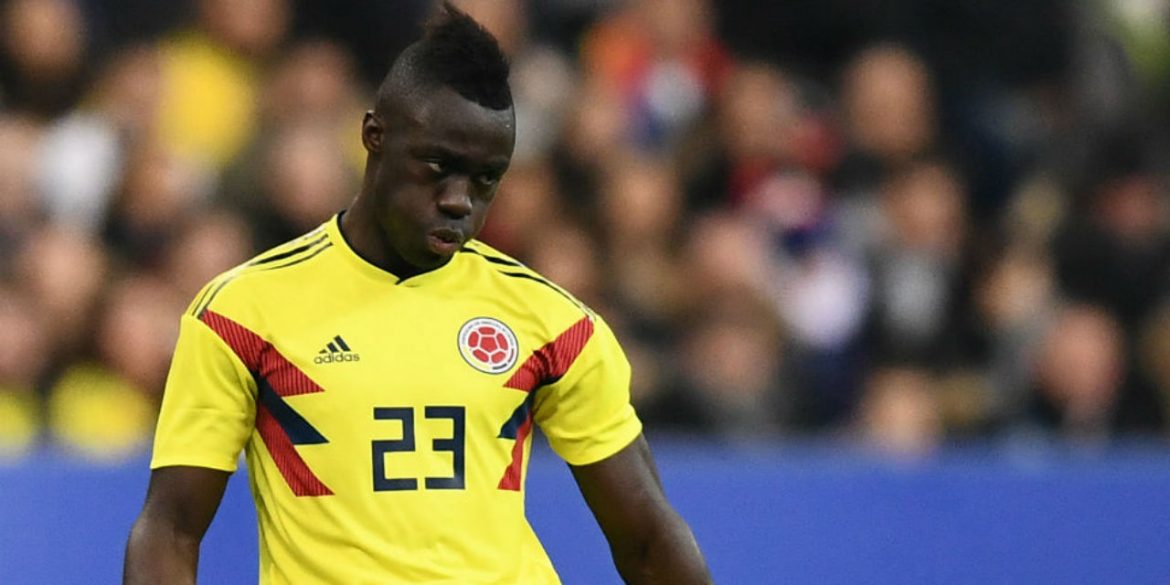 Colombia’s Davinson Sanchez is one of the country’s most exciting defensive prospects for the national soccer team.

The central defender, who plays his club football with Tottenham Hotspur in England has experienced a mesmeric rise to stardom over the past two years and will be key to any success of the national team in the near future.

As a youth, he played in the academy of America de Cali but later moved with his parents to Colombia’s second biggest city Medellin, where he joined up with Atletico Nacional.

The defender made his debut for the Medellin powerhouse at the age of 17 in 2013 under manager Juan Carlos Osorio as he gradually developed into one of the most promising young players in the domestic league within the comforts of the Atanasio Giradot.

The 2015/16 season represented a major breakthrough for the athletic, ball-playing defender as he formed a formidable partnership with Alexis Henriquez at the heart of the Atletico Nacional defense.

Alongside the veteran Henriquez, Sanchez showed all the attributes of a top quality central defender as the club strolled to a domestic league title in December 2015.

His performances did not go unnoticed by Colombia coach Jose Pekerman and Sanchez was called up to the senior international squad in February 2016.

He registered his first goal his club against Peru’s Sporting Cristal in the Copa Libertadores in March and later went on to lift the trophy in July, a first continental triumph for the club since 1989.

The central defensive pairing of Sanchez and Henriquez managed to keep a remarkable ten clean sheets throughout the tournament.

The outstanding performances of Sanchez in the Copa Libertadores in particular captured the attention of clubs worldwide, with Spanish giants Barcelona making an offer to sign the Cauca-born star.

The 20-year-old however, was reluctant to join Barcelona and play reserve football so he opted for Dutch kingpins Ajax, making a $5.9 million move to the Amsterdam-based outfit on a five-year contract.

Sanchez made a seamless transition to European football making 32 appearances, scoring six goals as his side finished second in the domestic league and reached the final of the Europa League, only to lose out to Manchester United.

The quality of the 20-year old Colombian’s performances was recognized when he was awarded the prestigious “Rinus Michels” trophy, named after the legendary 1950’s Dutch footballer having anchored the defense of the 33 time league Dutch league winners with a maturity beyond his years.

The young Colombian defender again captured the attention of a range of suitors around Europe’s elite following his debut-season with Ajax and made a move to London giants Tottenham Hotspur in August of 2017.

Spurs snapped up Sanchez for a fee believed to be in the region of $53.7 million, breaking the previous record of $38 million that Spurs paid Newcastle for the midfielder Moussa Sissoko the previous summer.

Sanchez made a significant impact in his first season at Spurs, drawing plaudits for his maturity and ability to command the defense with one British media outlet drawing comparisons between him and the great Italian defender Franco Baresi.

Sanchez combines imperious physicality with impeccable pace, but most striking is his composure. For someone so young, though the defender’s single previous season in European football was a marquee one at Ajax, he never seems ruffled. He is able to read a defensive situation effectively and choose the appropriate means to deal with it. His role model, one he acquired after involved YouTube study, is Franco Baresi. You can understand why.

Sanchez made 40 appearances for the London-based side in 2017/18 with Argentine manager Mauricio Pochettino commending his attitude and his willingness to learn.

“Because he’s so clever, very humble and he’s very open to learn,” said Pochettino to reporters when asked to explain how Sanchez became an instant hit at White Hart Lane.

“He’s a player that when you tell him something his reaction is to be open and be critical with himself. That is a massive skill for a player, when he’s so open to improve,” added the coach.

The continuing development of Sanchez into one of the top central defenders in Europe augurs well for the national team with the now-22-year-old expected to start at the heart of the defense at Russia 2018.

Sanchez has already made nine appearances for his country, playing an important role in the qualifying campaign in South America, which saw Colombia finish in fourth place and secure automatic qualification to the showpiece in Russia.