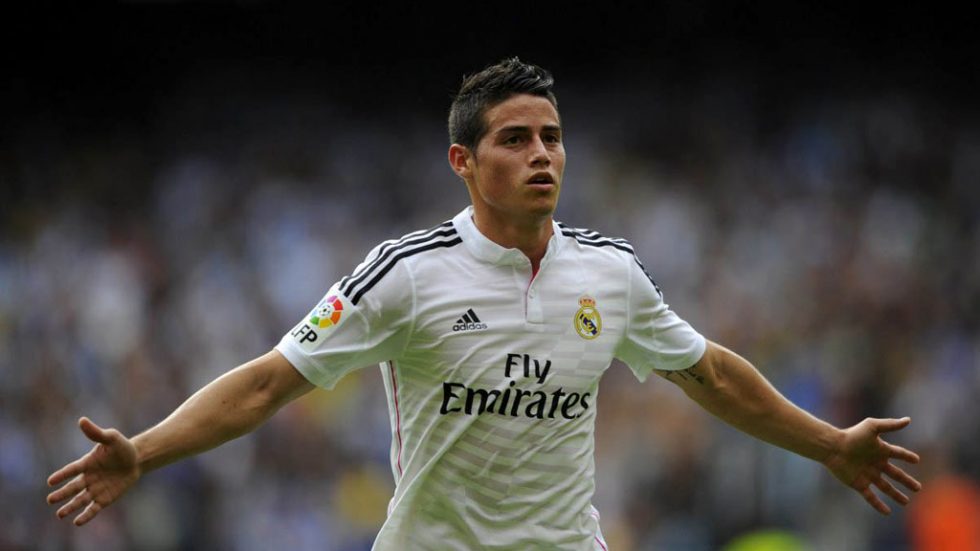 Colombia soccer captain James Rodriguez faces a critical few weeks at Real Madrid as he battles to avoid the exit door of the Spanish giant.

After a torrid start to the season, the Cucuta-born star has undergone a mini-revival of late, netting against bitter rivals Barcelona in the Spanish classic before following it up with two goals against Deportivo de La Coruña.

Despite reports from British media claiming that a deal to Manchester United has already been brokered, James may have worked his way back in the plans of manager Zinedine Zidane ahead of Tuesday’s Champions League showdown with city rivals Atletico Madrid.

“It looks good. His matches lately have been good and he has a chance to play tomorrow, just like the rest,” said Zidane to the media on Monday when asked about James’ prospects of playing in the semi-final.

The Colombian has fallen down the pecking order in a squad that boasts the talents of players such as Ronaldo, Bale, Benzema, Kroos, and Modric.

However his recent improvement in form coupled with an injury to Gareth Bale may present Colombia’s talisman with the opportunity to make an impact in the Champions League and the domestic league “run in” and give the club officials something to think about regarding his future.

As Real battle on all fronts for silverware at the business end of the season, James will have to avail of every opportunity to convince Zidane and club President Florentino Perez to keep him on the books at the Bernabeu for next season.

Real Madrid is aiming to become the first team in the history of the competition to win back-to-back Champions Leagues.

“Los Merengues” are currently level with Barcelona in the Spanish league on 81 points having four games to play, crucially one more than their Catalan rivals.