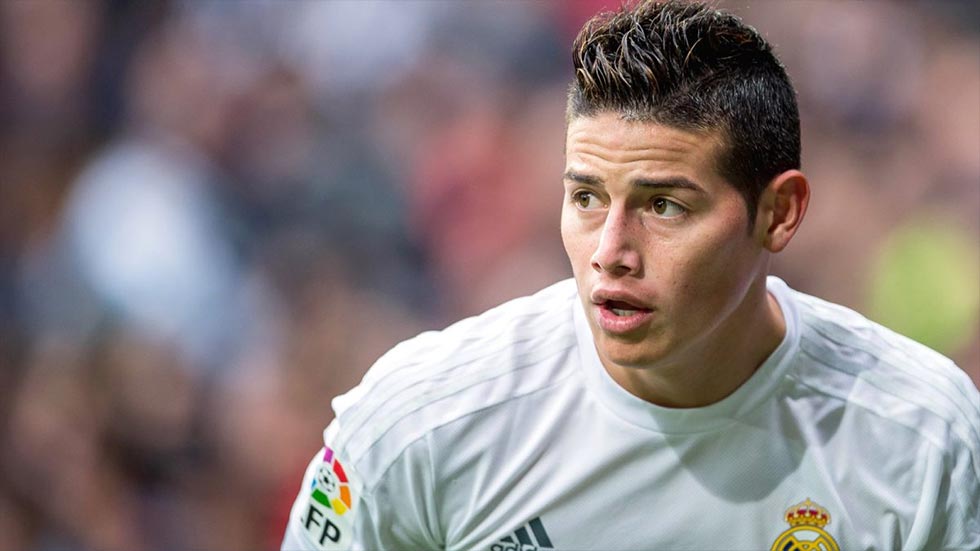 The 25-year-old Colombian has had another disappointing year at the Bernabeu and has struggled to nail down a starting birth in French manager Zinedine Zidane’s team.

The Frenchman has praised his 25-year-old Colombian striker, but has also repeatedly criticized James’ alleged lack of discipline and excessive taste for parties.

Although he has had little game time this season, his results have been good: seven goals and 12 assists in the 1,493 minutes he has played.

Nevertheless, AS reported, Zidane has asked James to pursue a transfer at the end of this season.

If the Colombian wants to have any possibility to continue dressing in white, he should continue the brilliant performance of the past month. Only like that he could change a decision apparently already made.

Real Madrid extended their attacking midfielder, Isco’s, contract on Tuesday, throwing James’ position in the squad into doubt. A five-year-deal for Isco and Marco Asensio’s impressive run of form have rendered the Colombian international surplus to requirements.

According to reports obtained by the British press, Manchester United have renewed their interest in signing the Colombian striker, after an attempt to lure him away from Spain failed last year.

Other reports suggest that Real Madrid would be willing to offer James in a straight swap for Juventus star Paulo Dybala, a player who Zidane is keen to add to his line up.

His most important contribution of the season so far came in last Sunday’s “El Clasico” between Real Madrid and FC Barcelona, as James came on as a late substitution and leveled the score at 2-2 with six minutes remaining.

James, Colombia’s 1st to score in Real Madrid-Barcelona, gives coach something to think about

However, James’ intervention did not prevent Madrid’s 2-3 loss that consequently meant Barca took over the top position in the Spanish league.

James moved to Real Madrid from Monaco for €80 million in 2014, after winning the golden boot in the 2014 World Cup.

If the Colombian is to stand any chance of remaining at the club, a brilliant performance over the closing months of the season will be required.