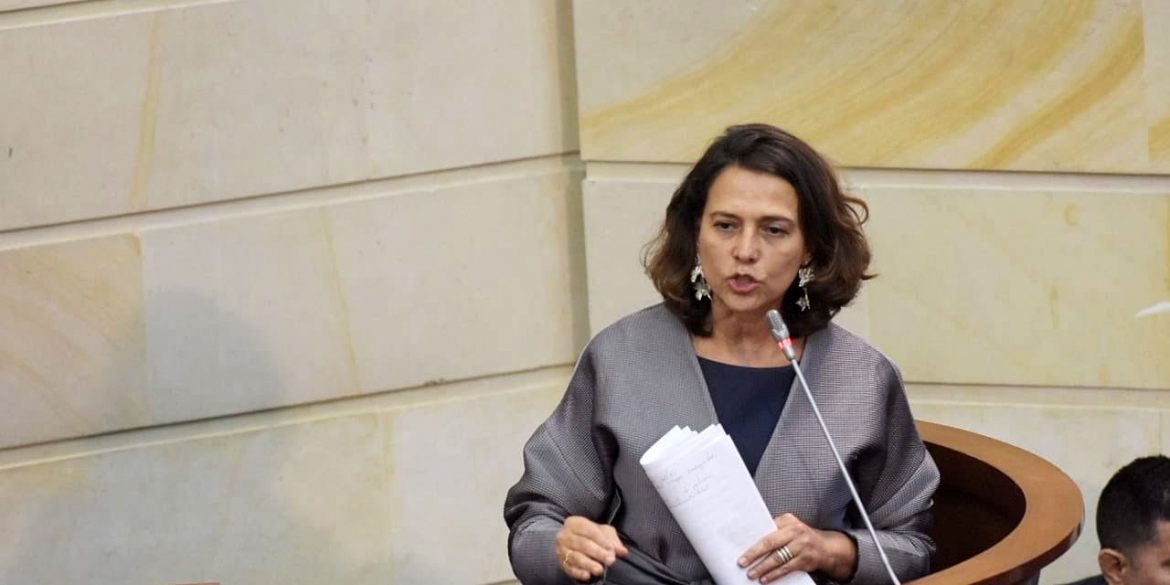 Colombia’s interior minister found herself in the eye of the storm on Tuesday after claiming that her country’s peace process has “semi-failed.”

Interior Minister Nancy Patricia Gutierrez’s claim at a forum fueled criticism of the government of Ivan Duque for failing to implement the 2016 peace deal with demobilized FARC rebels.

Gutierrez was trying to blame the FARC and former President Juan Manuel Santos for the failures, but that backfired.

There is pressure to implement the agreement with the FARC. The agreement, which in my opinion semi-failed, despite the fact that the government has respected the institutionality of the agreement. But the FARC as such, did not comply with those who believed in them.

In a press statement, the former rebels’ political party said the Duque administration is responsible for failures as it “perverts the made peace agreements and stimulates a social chaos that must be of benefit since it does not confront it in any way.”

The FARC was backed by leaders of powerful peace organization Defendamos la Paz, which pointed out that Duque’s post-conflict adviser has claimed the peace process is “going well.”

“Either the government’s disintegration is absolute or the bad faith of the doublespeak is perverse, either is bad” former Interior Minister Juan Fernando Cristo of Defendamos la Paz said on Twitter.

The United Nations Security Council, which monitors the peace process, urged the Duque administration to implement “all aspects of the Agreement, including rural reform, political participation, countering illicit drugs, including crop substitution programs, and transitional justice” earlier this month.

Ahead of his inauguration, Duque fiercely opposed peace with the FARC and only committed himself to the reintegration of demobilized FARC fighters after his inauguration. The president only recently acknowledged his obligation to invest in development in war-torn regions.

Duque has actively opposed the war crimes tribunal, the peace deal’s counternarcotics element, the political participation of victims and guarantees for non-repetition while in office.

In regards to a rural reform that seeks to diminish extreme wealth disparity in the countryside, Duque has been evasive as this would include the return of land stolen by some of his political allies.