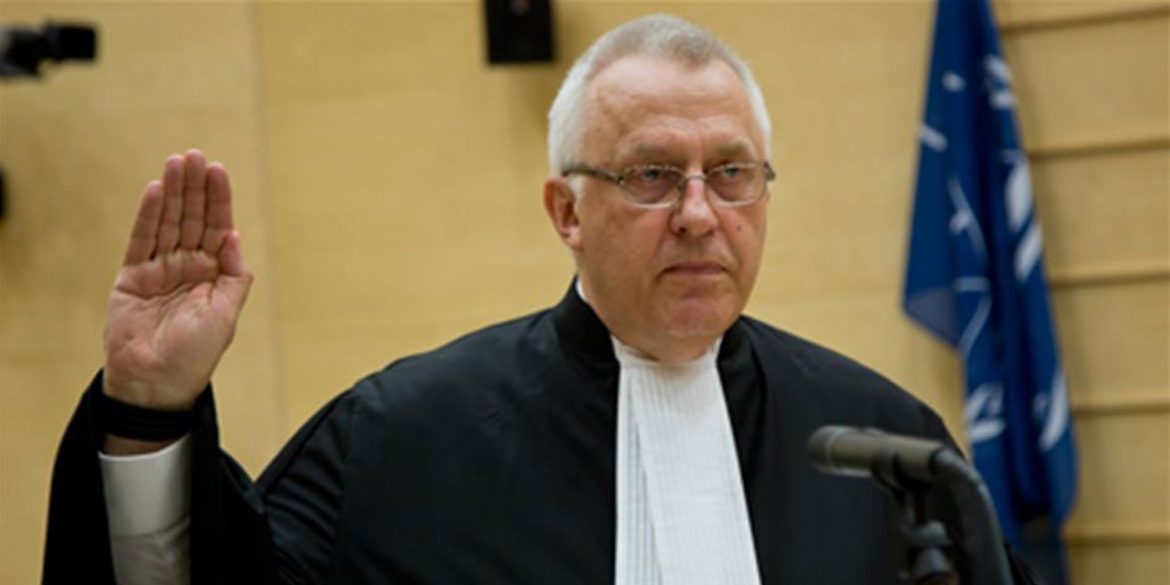 The deputy prosecutor of the International Criminal Court (ICC) told Colombia’s President Ivan Duque on Thursday that his office rejects judicial benefits to military war crime suspects and criminals promoted by the government.

During a visit to Colombia on Thursday, the ICC official met with Duque and the president of the Special Jurisdiction for Peace (JEP), Patricia Linares.

Deputy Prosecutor James Stewart expressed not just concern about the controversial plans to create a special chamber dedicated to military war crimes, but reiterated the international court’s concern about the JEP’s lack of powers to impose penalties on commanders who are responsible for crimes committed by their subordinates.

Last year, the court said it specifically expected the JEP called 23 generals and six colonels to justice over their responsibility in the mass killing of civilians who were falsely represented in the media as guerrillas killed in combat.

The JEP said Wednesday that four of these generals have already submitted to the transitional justice system and five others have requested to be included.

Generals that have submitted to justice

Stewart reiterated a warning made by the ICC’s chief prosecutor Fatou Bensouda that the court in The Hague, Holland, will intervene and request the extradition of the generals and colonels if the JEP fails to adequately try them.

Interior Minister Nancy Patricia Gutierrez called on Congress to “not be afraid over a CCI visit to the country,” insisting that the special treatment for the military seeks to “balance the charges of the policemen and members of the military who have fought for the institutionality” rather than impunity for commanding officers and responsible politicians.

The ICC has been studying crimes against humanity in Colombia since 2002, the year that Duque’s political patron, former President Alvaro Uribe became president, Vice-President Marta Lucia Ramirez became defense minister and the military embarked on one of the worst mass killings in the history of the armed forces.

Uribe and Ramirez have consistently opposed the peace process and in particular the transitional justice system that convert their political successes in criminal convictions.