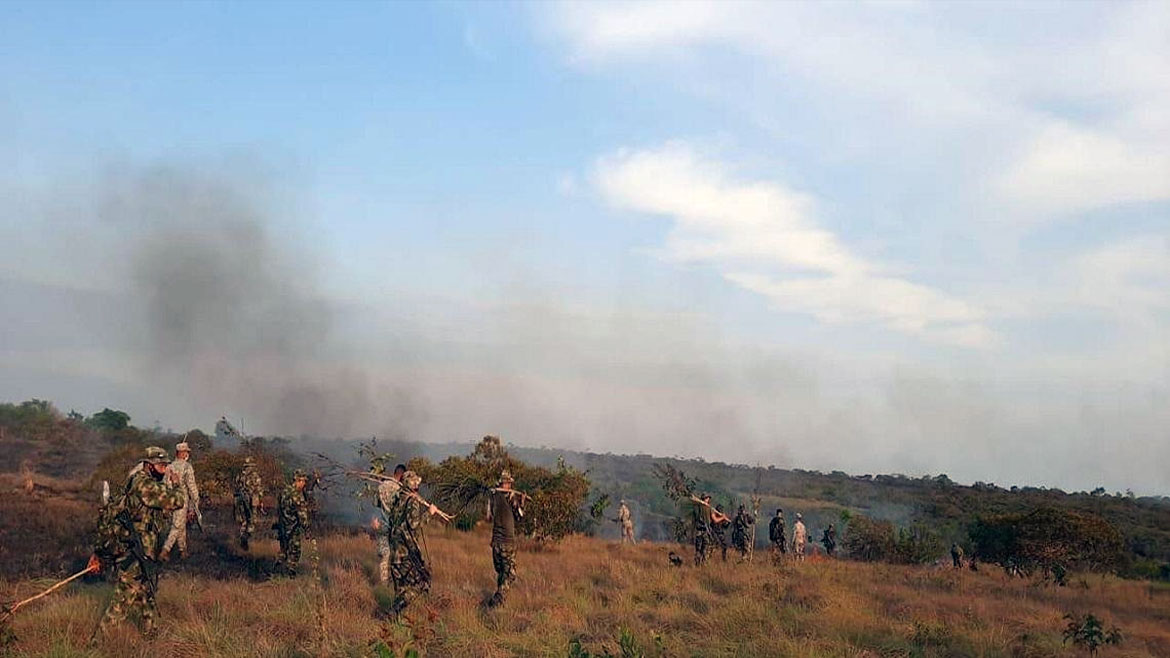 The coronavirus aggravated the impact of armed conflict on civilians in Colombia last year, according to the International Committee of the Red Cross (ICRC).

During the presentation of the humanitarian organization’s annual report, representative Lorenzo Caraffi said Wednesday that fighting between the military and illegal armed groups further deteriorated the situation of civilians.

The armed conflicts aggravated the situation of civilians who found themselves increasingly unable to avoid being victimized by the violence in the months that followed the outbreak of COVID-19 in Colombia.

The COVID-19 pandemic has plunged communities living in areas affected by violence into even greater fear than they were already experiencing, not only because of the presence of a virus that has affected thousands of families, but also because of the implication of being unprotected in the midst of armed conflicts that seem to worsen as the months go by.

International Committee of the Red Cross

According to the ICRC, the victimization of civilians by the armed conflicts between the military and illegal armed groups continued to be concentrated in five of Colombia’s 32 provinces.

These provinces continued to suffer the consequences of five armed conflicts that continued after the demobilization of former guerrilla group FARC that followed a 2016 peace deal with former President Juan Manuel Santos.

The Pacific coast found itself engulfed in armed conflict that triggered the mass displacement of the more than 21,307 people and impeded the freedom of movement of some 28,123 people.

The northeastern Norte de Santander province registered most landmine victims, a phenomenon that left 389 victims, the highest number in four years, throughout Colombia.

The ICRC additionally raised the alarm about the ongoing forced disappearance of civilians of which the humanitarian organization registered 571 victims since the beginning of the peace process in late 2016.

The pandemic severely limited the families of missing persons to look for their loved ones, according to the ICRC.

The humanitarian organization urged the government of far-right President Ivan Duque to regulate the use of state force in its attempts to combat illegal armed groups to prevent victimizing the civilian population.

Duque has been reluctant to implement the FARC peace deal and has been trying to increase military involvement in its attempt to combat drug trafficking.

The government has consistently tried to minimize the impact on civilians of its failing public public security and peace policies.