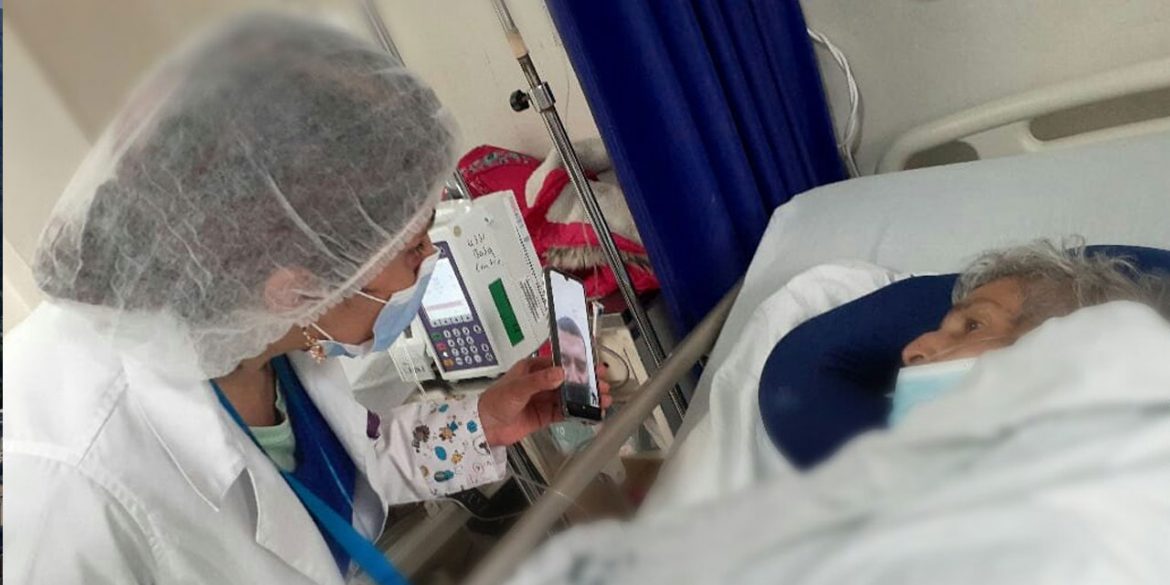 Doctors in Colombia’s capital Bogota have begun denying critical care for elderly COVID-19 patients after the saturation of intensive care units (ICU’s) has forced them to prioritize the young.

Several families, local media and the vice-president of the Colombian Medical Federation said the Palermo Clinic in the capital was denying ICU’s to patients older than 75 years old.

In an interview with Noticias Uno, the vice-president of the Colombian Medical Federation, Carolina Corcho, said Saturday that at almost 80 people have died in Bogota while waiting to be transferred to intensive care.

The heart-wrenching dilemma faced by doctors in Bogota is similar to that of their Italian colleagues in March when the coronavirus was collapsing healthcare in the country that was hardest hit by the pandemic in Europe.

The doctors’ nightmare and the families’ despair

One 85-year-old patient was able to receive intensive care in the Simon Bolivar hospital after public pressure, but the family of an 86-year-old patient said Saturday their father was denied a promised ICU after younger patients arrived.

Yesterday, they had an intensive care unit bed ready for him, but four people arrived and they said we had to reserve the bed for these people because they were between 40 and 50 years old.

The provision policy to prioritize younger patients was confirmed by the vice-president of the Colombian Medical Federation (FMC), Carolina Corcho, who said another family was told the same.

The family expressed that they refuse to transfer him to the ICU, because they have been prioritized for people under the age of 75.

President Ivan Duque and Mayor Claudia Lopez have denied the collapse of Bogota’s healthcare system, but are contradicted by medical organizations and locals.

Both have been racing to expand the hospitals’ ICU capacity, but are running out of trained personnel.

The Bogota Medical College said Friday only the public hospitals of Engativa and the National University still had beds.

Private hospitals that have limited capacity apparently are not made available despite having been merged with the public hospital system.

Lopez received the support of Nicolas Garcia, the governor of the surrounding Cundinamarca province, who vowed on Thursday he would allow Bogota patients to be admitted to hospitals in nearby cities and towns.

Duque claimed on Saturday that it was his idea to open Cundinamarca hospitals for COVID-19 patients from Bogota during his daily COVID-show on Facebook.

The global coronavirus pandemic is on its way to ravage Colombia more than Italy, which reported 6,557 new cases on the peak day of the pandemic in March.

Colombia’s National Health Institute (INS) has reported more than 8,000 cases for three days in a row while the peak in Bogota is not expected until August and not until September in other parts of the country.

Bogota’s healthcare collapse follows that of historically neglected regions in the south of the country and along the Pacific coast.

The situation in the Caribbean region is equally critical as authorities are unable to keep up with the rapid contagion of the virus that has killed more than 6,500 people in Colombia and more than 600,000 worldwide.