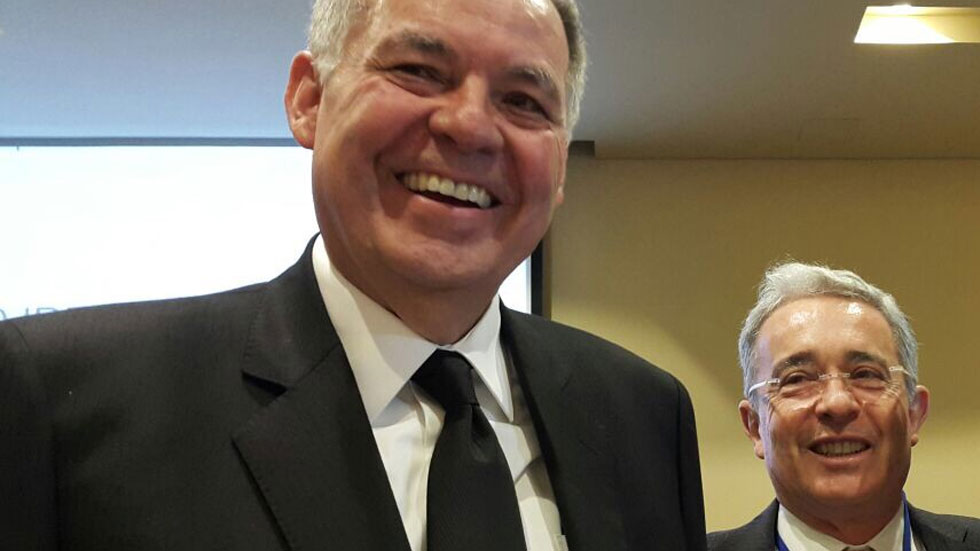 When some of Colombia’s most corrupt politicians organize a march against corruption for April 1, you might think that would be a good April Fool’s prank. Colombians don’t celebrate this until December though.

Former President Alvaro Uribe and ex-General Inspector Alejandro Ordoñez will lead this march against the country’s almost systemic government corruption, disregarding the irony that their careers have been discredited by countless corruption scandals.

Although Uribe has avoided sentencing for any wrongdoing, his eight-year administration has been defined by some of the worst corruption scandals in Colombia’s modern history.

Ordoñez became mainly notorious for almost religiously absolving conservative corrupt politicians while persecuting liberal politicians, many of whom were later absolved by the court.

For example, two ministers under Uribe who are now in prison for bribing congressmen were once absolved by Ordoñez, against the recommendation of his predecessor.

It all started in 2004 when a constitutional amendment was passed ensuring that Uribe could run for a second term in office in 2006, something originally prohibited by the 1991 constitution.

It later emerged that two ministers and other government officials had bribed key congressmen into changing their stances in order to pass the reelection bill.

The bribery case became known as “Yidispolitica” in 2008, after the bribed congresswoman who made her own bribery public in an interview, complained Uribe hadn’t kept his part of the bargain.

When Ordoñez was elected Inspector General in 2009, he refused to read a guilty verdict prepared by his predecessor. Instead he absolved the two former ministers.

“I did not read the ruling, I did not take it into account,” Ordoñez told Caracol Radio at the time, adding, “The king is dead, long live the king.”

‘The king is dead, long live the king’: Ordoñez

The Supreme court consequently convicted the two congressmen for accepting the bribes and sentenced them to prison.

His predecessor calculated later in 2016 that 10% of Colombian tax payer money is embezzled by government corruption.

The most recent major corruption scandal, the $11 million bribery of government officials by Brazilian engineering firm Odebrecht, implicates the family, party and administration of Uribe as well as the administration and party of his successor and political arch-nemesis, sitting President Juan Manuel Santos.