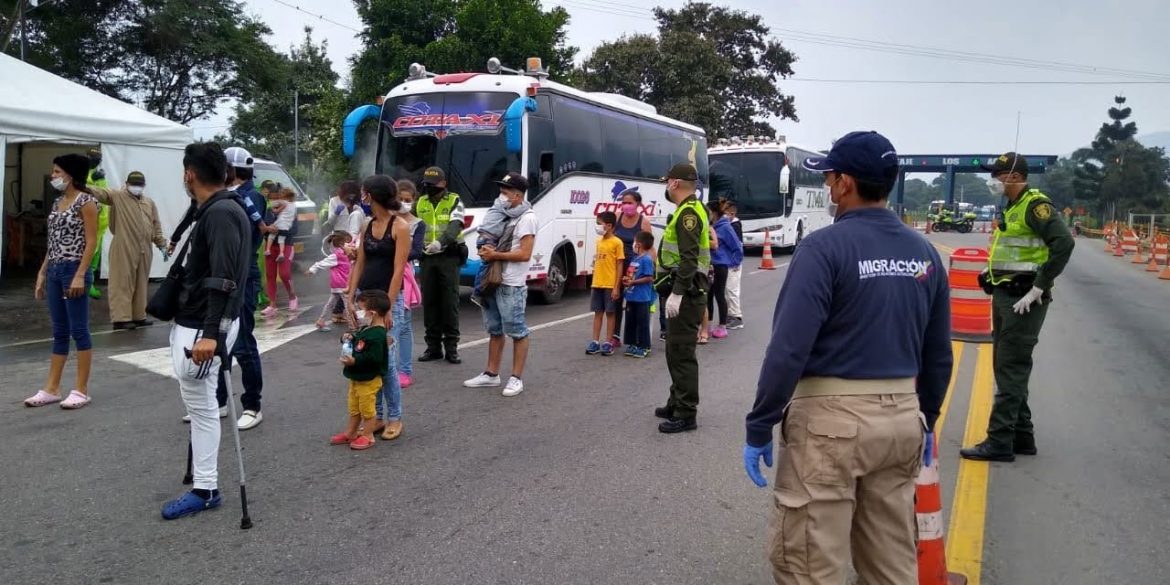 Coronavirus crisis in Colombia triggers reversal in migration from Venezuela

Colombia’s migration authority confirmed Saturday it had helped 600 Venezuelan immigrants to return to their native country after the coronavirus crisis had left them without food or shelter.

According to Migration, it facilitated the return of some 600 Venezuelan citizens who had arrived in the city of Bucaramanga.

Some had walked almost 300 kilometers from the capital Bogota.

The migration authority said it had created a “humanitarian corridor” to facilitate transport from Bucaramanga to the border.

Venezuelan President Nicolas Maduro said last week that some 500 people a day were returning since a quarantine took force in Colombia a week and a half ago.

“There are thousands of us who want to return to Venezuela,” one father of two told Reuters. “I can’t live on the street with my family.”

A quarantine put in place to curb the spreading of the coronavirus triggered the mass evictions of many informal workers, including many migrants, because they could no longer  pay their daily rent.

In Bogota, Mayor Claudia Lopez decreed an eviction ban, but said she could only provide food and shelter to Colombian citizens.

Migration on Friday announced it would take responsibility for immigrants.

By then, however, many had already begun walking back to the country they fled after Venezuela sunk into a humanitarian crisis in 2015.