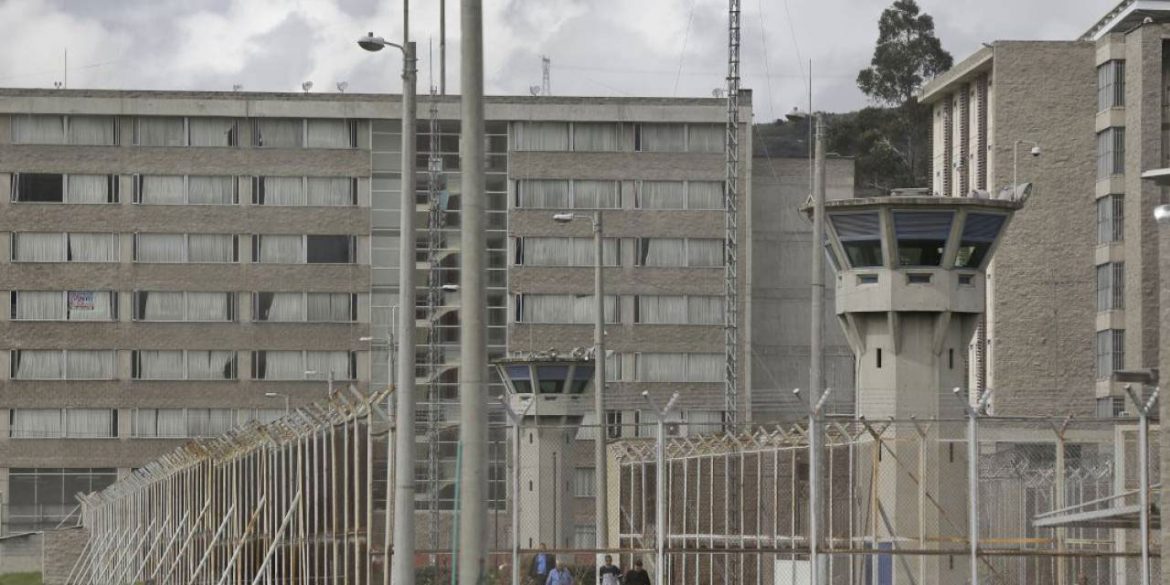 Coronavirus confirmed in one of Colombia’s largest prison

The infected inmates had reportedly been transferred from the prison in the town of Villavicencio where three inmates have died of the virus.

The infected inmates in Bogota have not been in touch with others as they were kept in preventive isolation, according to newspaper El Tiempo.

The confirmed entry of the virus in La Picota is bound to increase tensions in the prison where inmates announced a hunger strike on Tuesday over the government’s persistent inaction.

Videos from the prisons released on social media showed unrest and prisoners calling for help.

At least 23 people were killed in La Modelo in Bogota after simultaneous protests in at least 13 prisons over coronavirus fears turned into a massacre last month.

An outbreak in La Picota — which is virtually a petri dish with its overcrowding rate of 53% — could mean carnage among the more than 9,000 prisoners.

Colombia’s justice minister Margarita Cabello issued a decree to release prisoners earlier this week, but was immediately criticized because the decree wouldn’t effectively resolve overcrowding or the unhygienic conditions in prisons.

The decree additionally made no distinction between convicts and the one third of inmates who are in jail without having been convicted of any crime.

Furthermore, the decree ordered the house arrest of prisoners who, according to the law, shouldn’t be in prison in the first place.

Lawmakers and prisoners’ rights groups have been urging the minister to take action for months already, but to little effect.

Meanwhile, tensions in La Picota and other prisons are reaching a boiling point, especially after La Picota and Villavicencio have shown the government is unable to guarantee not to expose the prisoners to potentially deadly risks of infection.

Colombia’s Constitutional Court had already ruled in 1998  that the conditions in prison were unconstitutional, but no government since has shown interest in complying with the constitution.