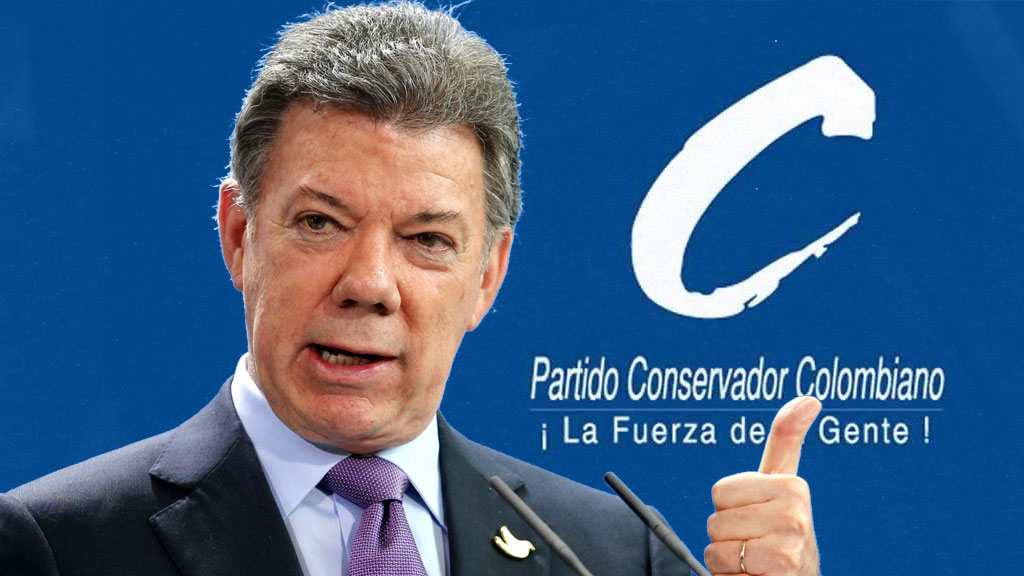 Colombia’s Conservative party has taken seat in the country’s opposition bench, leaving the coalition of President Juan Manuel Santos who the conservatives say has become increasingly “inept and corrupt.”

“They asked us for the keys to the house to maintain and improve it. We gave it to them and they ransacked it,” the party said in a press release announcing one of Colombia’s political powerhouses’ exit from Santos’ centrist coalition.

Conservative leaders held no punches back in their letter out-right attacking the president, whom the party helped get elected in 2010, but exposed an increasingly liberal agenda that had become impossible to sell for the party’s largely Catholic voters.

Without the support of this party, founded by convicted politicians, Santos would have lost his majority in the Senate.

Santos’ 2010-2014 Coalition of National Unity counted on the support of 75 of 102 senators. After the introduction of former President Alvaro Uribe’s Democratic Center party and the exit of the Conservative Party, the president has only 52 seats left, the exact number necessary for a majority vote. 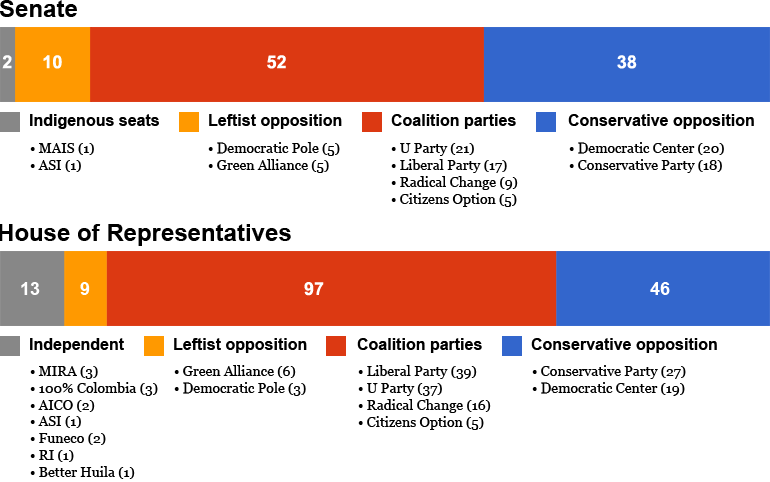 Enrique Gomez, Mariano Ospina and Ignacio Valencia, sons of former Conservative Presidents, presented a five-page document to party leader David Barguil last week in which they explained their reasons for the party to leave the coalition.

The conservative dynasty politicians claimed that Santos is distributing funds “from the public purse as he has no objective other than to consolidate an increasingly inept and corrupt administration.”

They went on to deplore the fact that due to its previous participation in the cabinet, the Conservative Party has “lost its recognizable form, its dynamics, its capacity to unite, and hence its ability to have a decisive influence on the destiny” of Colombia.

In the nine months after his reelection in August last year, Santos had sought to rebuild relations between his coalition and the Conservative party, which had lost almost 13% of its votes in last year’s Congressional election.

However, a two-hour meeting with Barguil put an end to the president’s ambitions.

“The conservative party is not, nor will be, part of the [coalition of] National Unity. The Conservative Party remains an independent constructive face of the country. That independence means that we are going to deal in an institutional manner with all the topics that we should tell all Colombians, that we can discern, turning away and criticizing everything that we believe isn’t beneficial to Colombia,” said Barguil.

The party, founded in 1848 in conjunction with the Catholic Church to oppose the secular Liberal Party, has long resisted Santos’ liberal approach to controversial items like abortion, euthanasia and gay rights.

More importantly, a large number of conservative-leaning voters have left the party for the Democratic Center which, not having been a member of the coalition, has fiercely been opposing ongoing peace talks with leftist FARC rebels, an initiative that has grudgingly been supported by the Conservative Party.