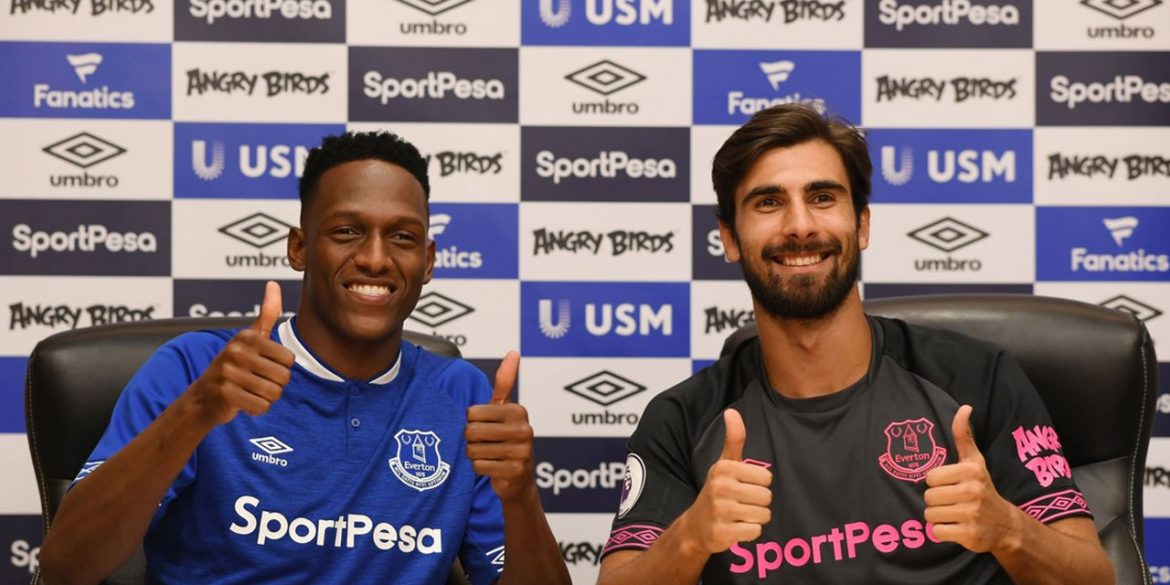 Months of speculation over the 23-year-old’s future came to an end after Barcelona agreed a $35 million transfer fee with the Merseyside club as the Toffees made a double-swoop, capturing also Mina’s teammate at Barcelona, Andre Gomes from Portugal.

“It’s important the club wants to fight for something. This is a great opportunity for me,” Mina told reporters at Goodison Park.

Mina moved to Barcelona in January of this year from Brazilian side Palmeiras but saw his first-team opportunities limited under coach Ernesto Valverde, playing just six games as Barca secured the La Liga title.

A string of impressive performances for Colombia at this summer’s World Cup in Russia during which he scored three goals, a record for a defender at the tournament, stoked interest from a host of suitors with Everton fending off the likes of Manchester United and Lyon for his signature.

Everton boss Marco Silva however is relishing the opportunity to work with the Cauca-born star, describing him as a “quality signing.”

“He has good knowledge of the position he plays and he is good on the ball as well,” said Silva.

“He will contribute in the build-up play and will also be very strong at defensive and offensive set-pieces,” added the Portuguese.

Mina began his professional career with Deportivo Pasto in the Colombian League, making his debut in 2013, going on to represent the club 24 times before being snapped up by Bogota’s Santa Fe the following year.

His athleticism, aerial threat and technical ability on the ball saw him immediately impress in the Colombian capital, making 52 appearances for “Los Cardenales” in his first season.

The center-back went on to win Colombian league and Super League titles with Santa Fe, also securing a Copa Sudamericana, South America’s equivalent of the Europa League in 2015.

While Mina endured an unsuccessful spell at a Barcelona club after a $12.8 million January transfer, the World Cup put him back in the shop window and linking up with Everton will enable him to reestablish his reputation as one of South America’s most promising young defenders.

He joins the likes of international teammates Davinson Sanchez and Jose Izquierdo who have become established in the Premier League as well as Jefferson Lerma and Carlos Sanchez who too secured transfers this week.