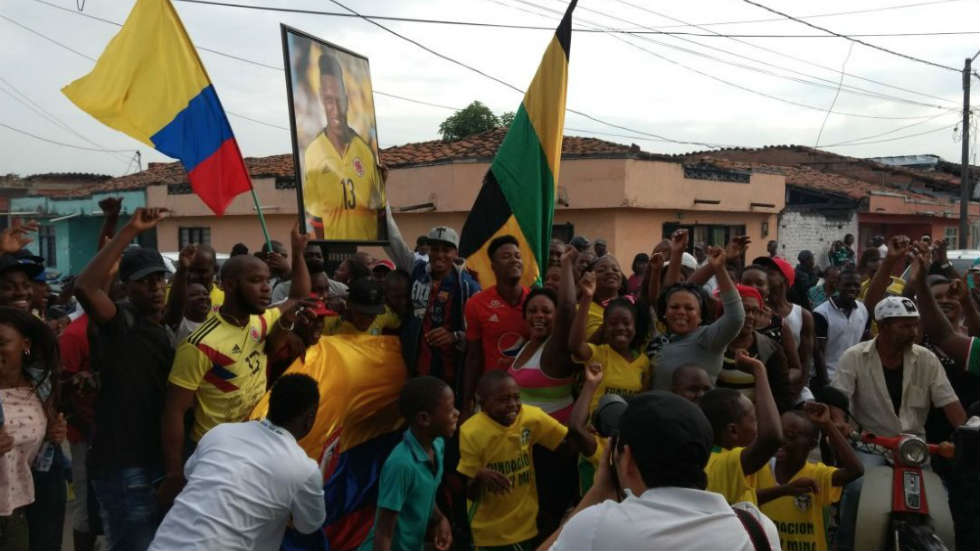 Locals from the home town of Colombia soccer star Yerry Mina took to the streets over the weekend to celebrate their neighbor’s official presentation as a Barcelona player.

The 20,000 strong population of the Guachene municipality, in southwest Colombia were overjoyed as their favorite son was unveiled at the Camp Nou after making a $14.5 million move.

“For me it is a homeland pride, a national pride that the child has reached the best club in the world,” said Mina’s mother Marianela Gonzalez to reporters.

Local coach Seifar Aponza from the Raices soccer school recalled that Mina arrived at the age of five “wanting to become a goalkeeper like his father” but he soon demonstrated his potential to play out the field.

The coach who had contact with Mina throughout his underage development praised his “charisma and attitude” and tipped him to be a success under his new boss Ernesto Valverde.

Mina becomes the first Colombian player in history to pull on the blue and red of Barcelona after a mesmeric rise from playing in the domestic league with Deportivo Pasto to joining the Catalan giants. 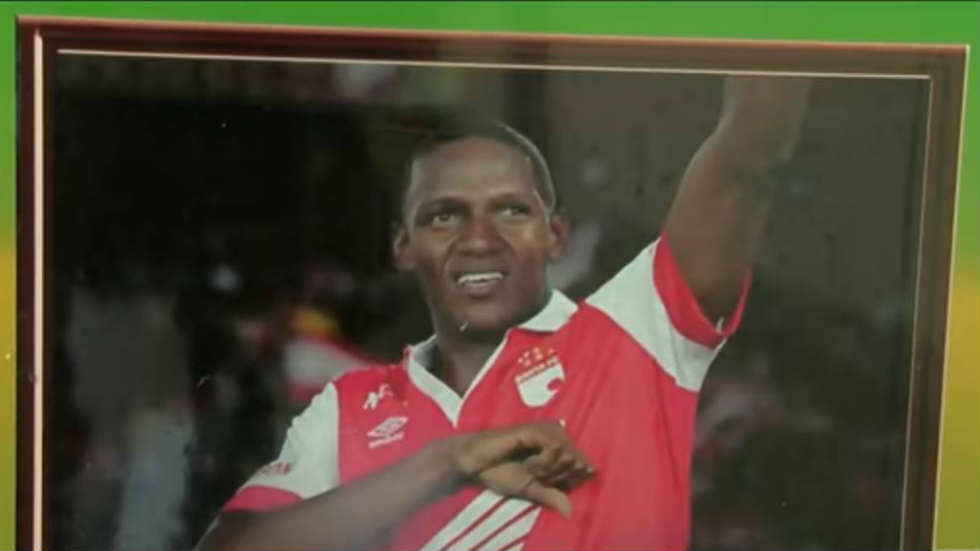 His mother was obviously delighted her son’s move to one of the biggest clubs in the world but described Yerry as “a great person, very humble.”

These sentiments were echoed by the mayor of the municipality who told reporters that the 23-year-old star is still well connected to his home town despite his fame and success.

Yerry is a person full of humility, in December he was (in Guachene) and he goes quietly through the streets, greets everybody, plays his soccer matches and has his foundation so that the boys here will have better ideas for their future.”

Fans carried a framed photo of the Colombian international through the streets  as they rejoiced at the prospect of seeing the local boy play alongside the likes of Argentina’s Lionel Messi, Uruguay’s Luis Suarez and Brazil’s Philipe Coutinho.

The former Santa Fe player surprised many when he removed his boots and socks and entered the Camp Nou pitch barefoot but he later explained that it was a ritual that dated back to his days at the Bogota-based club.

“There is a saying in my country that says, ‘Touch the land you want to conquer with the sole of your feet.’  And here I want to make history with everyone. I always do it and I hope to succeed,” he said.

? Wondering why Yerry Mina removed his shoes before stepping onto the pitch?
He explains all here ?https://t.co/6ot6hDvqX1

Mina began his career with Deportivo Pasto in the Colombian League, making his debut in 2013, going on to represent the club 24 times before being snapped up by Bogota’s Santa Fe the following year.

The center back went on to win Colombian league and Super League titles with Santa Fe, also securing a Copa Sudamericana, South America’s equivalent of the Europa League in 2015.

Pekerman recently described Mina as “one of the greatest revelations of today’s football,” as he spoke in advance of Colombia’s 4-0 defeat of China in an international friendly.