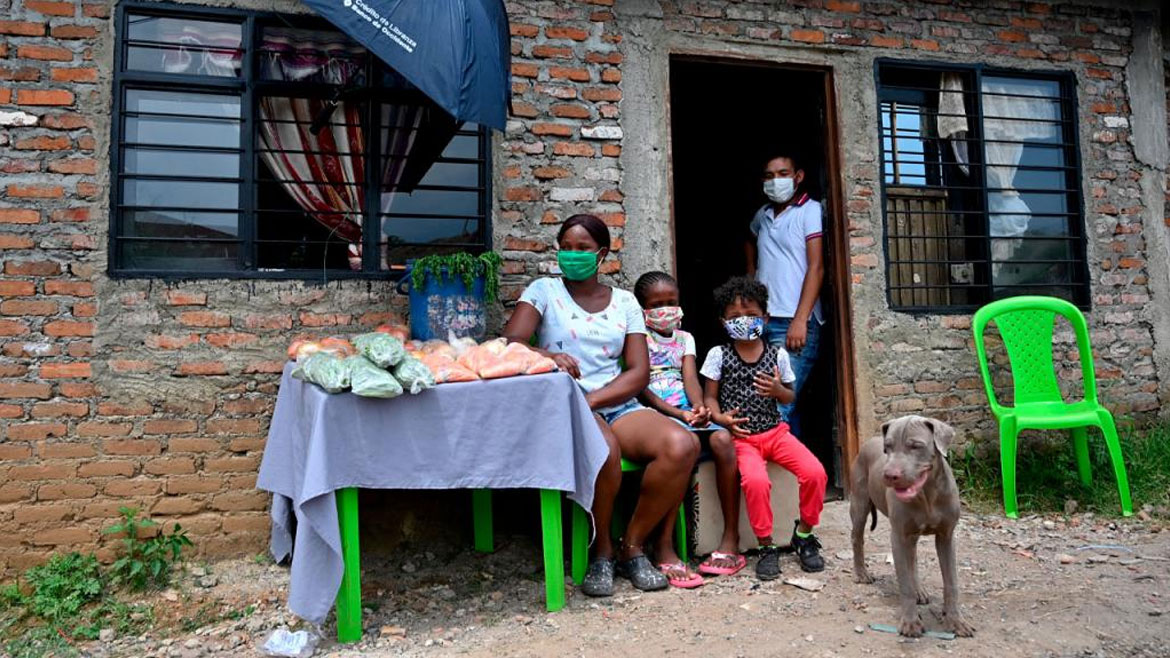 Colombia’s high level of inequality “is a core constraint to economic growth and social progress” in the South American country, according to the World Bank.

In a report, the international financial institution said that Colombia had the second highest level of income inequality in Latin America and the Caribbean after Brazil in 2018.

According to the World Bank estimates from before the Covid-19 pandemic, Colombia’s richest 20% earned more than half of all income made in 2019.

The economic shock caused by the pandemic “has increased inequality further,” said the World Bank, and pulled “3.6 million more people into poverty.”

Income inequality is even more extreme between men and woman, according to the report, which claimed that “a woman in Colombia is 1.7 times more likely to be unemployed than a man.”

The lack of social mobility in Colombia additionally increases the chances that children are unable to escape the poverty of their parents more in many other parts of the world.

Among a group of 75 countries, the transfer of income gap from one generation to the next in Colombia is the most entrenched.

The effects of inequality are a major influence on a person’s happiness, the World Bank stressed.

Strikingly, inequality in Colombia extends beyond the material aspects of one’s livelihood. Less-educated Colombians, rural residents, and those who are unemployed or poor are much less likely to consider themselves to be happy.

The international bank stressed the importance of reducing inequality in Colombia, claiming that “a more equal society would mean better lives for all.”

In its report, the World Bank contradicted the former director of Colombia’s banking association, Santiago Castro, who said last month that closing the wealth gap was “the favorite banner of our Latin American populists.”

It becomes the favorite banner of our Latin American populists, obsessed with equality. Equality that always eludes them, because usually to try to achieve it, they have to trample on economic and democratic freedoms. And when they come to power, what they get is a crushing impoverishment of almost all citizens.

Reducing inequalities is not only an objective in itself on moral grounds, but it also makes good economic sense. Tackling inequities can lead to a better prepared, greater skilled, and more productive labor force, stronger and more sustainable economic growth, and tighter social cohesion.

Closing gender gaps alone “would increase Colombia’s GDP per capita by an estimated 14 percent by 2050,” according to the World Bank.

In order to close the wealth gap and promote economic growth, the international financial institution urged immediate policies that would increase Colombians’ access to child care and education.

Additionally, the World Bank urged an expansion of social programs to decrease poverty.