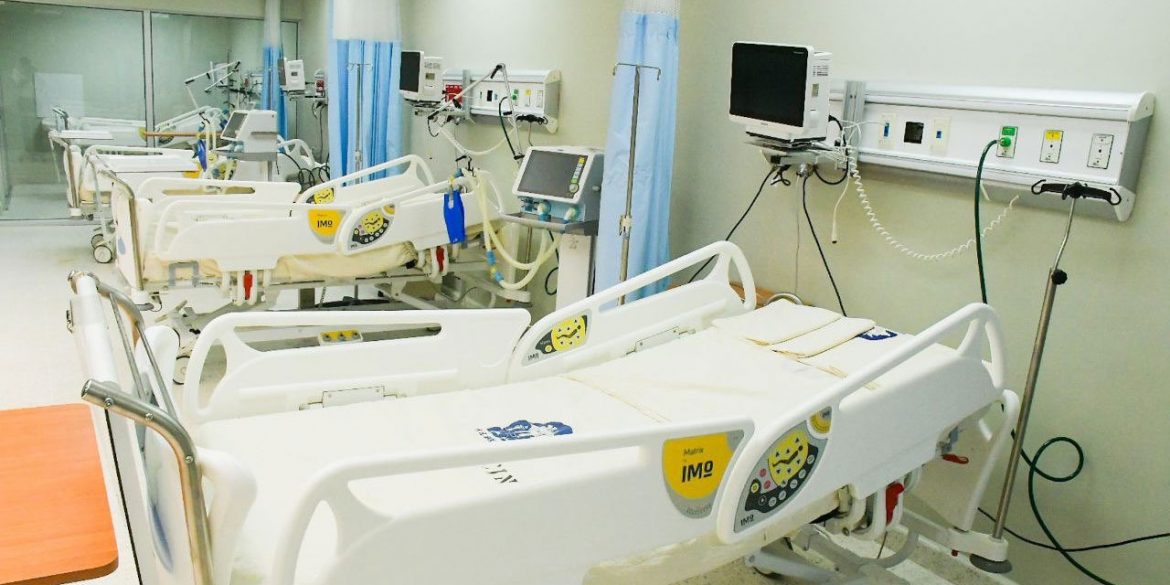 The threats that could undo Colombia’s initial coronavirus contingency success

Colombia’s authorities so far have been able to curb the spread of the coronavirus pandemic, but this reported success could be deceiving as the national strategy is still facing major challenges.

So far, the relatively quick and determined response of both local and national government has prevented a sudden increase in confirmed infections and a relatively low mortality rate.

But there are still gaping holes in the system that require urgent fixing. 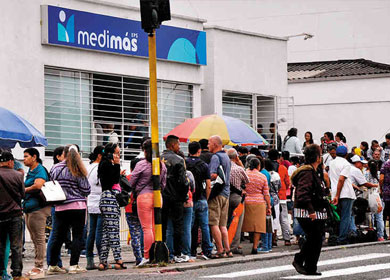 These private enterprises prioritize which client receives medical support and where. Over the past two decades, however, the EPS’s have become notorious for their rampant corruption and mismanagement.

According to newspaper El Espectador, of the 45 companies that mediate between Colombians and healthcare providers registered in January last year, only 19 operate without any kind of sanction.

Five so-called EPS’s were liquidated, another three were banned from operating in parts of the country and another 18 are under special surveillance, the newspaper reported.

Every Colombian must compulsory pay these EPS’s. Nevertheless, these companies have more often than not pocketed profits instead of paying hospitals, leaving them on the brink of bankruptcy and medical staff unpaid.

President Ivan Duque promised a $1.5 billion injection into the country’s health sector in an attempt to cancel at least some of the EPS’s debts to the hospitals. According to the Colombian Hospital Association, however, the EPS owe the hospitals as much as $7.7 billion.

Also now the International Health Institute (INS), The Colombian Medical Federation (FMC) and the Comptroller General’s Office accuse the private companies of not adequately carrying out coronavirus tests on patients.

Furthermore, one FMC executive accused some EPS’s of planning to grant ICU units to the highest bidder, effectively excluding most of their paying clients from life-saving healthcare while forcing a bidding war among those who can afford excessive health payments. 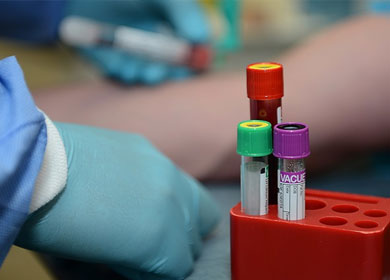 Partially because of the EPS’s negligence, Colombia is the world’s worst performer when it comes to performing coronavirus tests per million inhabitants, according to Health Policy Watch (HPW).

These tests are elementary for the early detection of infections, and allow the isolation of infected people and the prevention of the uncontrolled spread of the virus.

The lack of testing allows infected people who do not (yet) notice any symptoms to infect others  uncontrollably.

Similarly, it reduces the reliability of statistics gathered and increases the possibility that the real number of infections is much higher than the confirmed ones.

According to the HPW, Colombia’s health facilities are currently carrying out only 209 tests per million inhabitants compared to 2032 in the US, 7566 in South Korea and 68286 in Iceland.

Colombia’s universities are working closely with the INS to dramatically increase the country’s testing capacity. 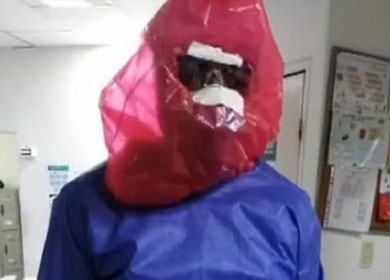 Doctor in Cali with a home-made bio-secure outfit.

Like many other countries, Colombia’s government has had trouble providing medical personnel with the adequate protective gear that allows them to treat patients without putting themselves in danger.

This could take out much of the country’s medical personnel if they are infected while on the frontline of helping infected patients and leave hospitals without doctors and nurses.

Many physicians have been forced to make their own bio-safety suits, masks and gloves that are increasingly difficult to import.

‘The decision of US President Donald Trump to invoke the Defense Production Act to attend an unprecedented health crisis in his own country, for example, banned the export of so-called N-95 masks for medical personnel that had been ordered by Colombia.

The military, volunteers and even former FARC guerrillas have begun producing masks and uniforms to provide the doctors and nurses with the protection they need to treat patients without falling ill themselves.

Medical engineers have additionally embarked on the production of low-cost and open source ventilators that could help safe lives when the number of patients needing ventilators exceed the 8,000 ventilators available in the country.

Colombia’s state finances were already in trouble before the coronavirus broke out because of an oil war between Russia and Saudi Arabia that sank the price of oil, Colombia’s largest export product.

The dropping oil prices and the devaluation of the peso pretty much destroyed Finance Minister Alberto Carrasquilla’s budget.

The government made unprecedented investments in healthcare, food provision for the poor while the country is in quarantine, the freezing of tax collection and making sure the country’s financial system doesn’t collapse.

The central bank stepped in announcing unprecedented measures, but still their capacity has their limits and there comes a point the state simply goes bankrupt.

The World Bank announced it would extend a $250 million loan, but this is not even enough to compensate the expected $1.2 billion the Health Ministry said the country’s healthcare system would need to deal with the pandemic, let alone the other emergency measures.

To make sure Colombia doesn’t go broke many billions are needed. With the entire global economy at risk, chances are slim this money will become available any time soon.

The entire world is going to need a solution to the unprecedented damage caused by the coronavirus pandemic, but governments must first attend their domestic crises before coming up with a global solution.