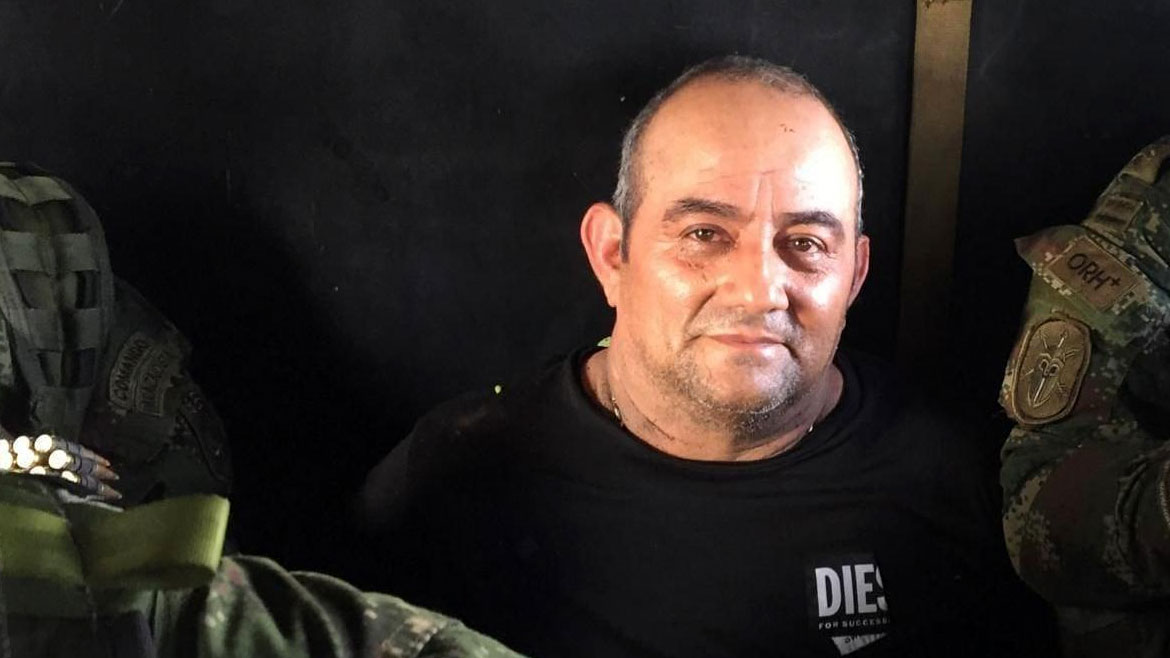 Victims fear extradition of 'Otoniel' will deprive them of justice

Victims of Colombia’s armed conflict clashed with the government of the United States about the pending extradition of jailed paramilitary leader “Otoniel.”

The Colombian Commission of Jurists (CCJ) asked the Supreme Court to prevent the extradition of Otoniel.

According to the CCJ, a rapid extradition of the former commander of paramilitary organization AGC would deprive his victims of justice.

Sending the capo to the North American country would be an impunity mechanism and would not protect armed conflict victims’ right to the truth.

The US embassy in Bogota stressed that “the extradition of Otoniel would contribute to truth and justice in both countries.”

The embassy stressed that the US government “has fully cooperated with interview requests of extradited people” and “supports the work of [war crimes tribunal] JEP and the Truth Commission.”

We are waiting for a decision of the Supreme Court on our request for the extradition of Otoniel so he can face justice in American courts.

The CCJ claimed that the extraditions of other former paramilitaries effectively impeded their cooperation with justice.

This has been confirmed by the former commander of paramilitary organization AUC, Salvatore Mancuso.

According to Mancuso, Colombian authorities extradited former AUC bosses to prevent them from talking about their allies in the public and private sectors.

Hundreds of thousands of conflict victims were denied justice because their alleged victimizers were extradited to the US, according to victim rights advocates.

The tensions between victim representatives and Washington DC resurged after the former commander of the AGC requested he be tried before the JEP last week.

In his request, Otoniel disclosed the names of multiple former military and security officials who allegedly committed war crimes together with the AUC.

Among the officials was the former commander of Colombia’s armed forces, retired General Leonardo Barrero.

The former AGC chief additionally said that he had ties to allies of former President Alvaro Uribe, the political patron of President Ivan Duque.

The National Police suspended Otoniel’s cooperation with the Truth Commission after extracts of the letter became public.

Recordings of the former AGC chief’s testimony were stolen from the home of a commission investigator on Friday last week.

In a letter to the president, the Truth Commission’s advisory board said they were “baffled” about the apparent “distrust and obstruction of the commendable and delicate work” of those trying to investigate Otoniel’s crimes.