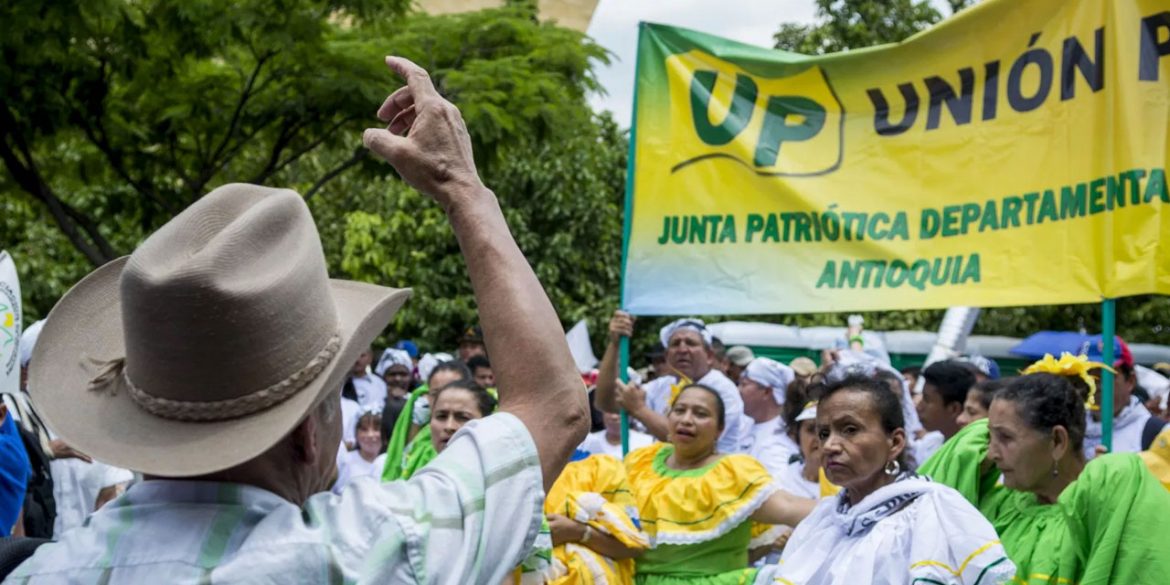 Colombia’s war crimes tribunal on Monday opened a case to investigate the virtual extermination of the leftist political party Patriotic Union (UP) by paramilitary groups and state forces, which began in the 1980s.

The Special Jurisdiction for Peace (JEP), which was set up as a key element of a peace deal with the now-demobilized FARC guerrillas, will pursue the case that relates to the genocide of more than 3,000 people that has already been condemned by international courts.

The case entitled “Victimization of members of the Patriotic Union (UP) by agents of the State” will aim to find those responsible as “three reports point to a systematic practice at national level,” according to Judge Catalina Diaz of the JEP.

The UP was a political party formed by the FARC and non-violent leftist forces after a peace agreement was reached in 1985 and sought the transition of the guerrilla group into a political party.

The party’s members and associates were systematically attacked for a more than a decade, leaving two presidential candidates, eight congressmen, 13 deputies, 70 councilors, 11 mayors and what is estimated to be more than 3,000 people dead.

On September 15, 2016, former President Juan Manuel Santos admitted the responsibility of the State for the extermination of the UP, in a criminal association with paramilitaries and drug traffickers.

“The victims were leaders, militants and peasants due to their political orientation,” judge Catalina Diaz said, according to newspaper El Tiempo newspaper.

The case was opened on the basis of information from three reports, one from the Prosecutor’s Office, one from the Restart Corporation and one from the National Center of Historical Memory.

According to the three reports received by the JEP, the members of the Patriotic Union (UP) were victims of systematic violence and suffered conduct that violated their right to life, liberty, security and physical, sexual and psychological integrity. The Chamber believes that the information in the three reports points to the existence of a systematic and widespread practice at the national level that sought the extermination of the UP and its members.

According the National Center for Historical Memory, about 6,200 victims are counted and of these 4,153 victims of the UP were assassinated, disappeared or kidnapped between 1984 and 2002.

Overall, the systematic murder of Patriotic Union members spanned across 27 of Colombia’s 32 provinces in 367 municipalities.

The Prosecutor General report establishes that investigations within the ordinary justice system have been insufficient to establish the responsibility of the authors of these crimes, with 873 cases filed but only 6% having come to trial.

While the pursuit of the case by the JEP is a significant development, it may not fare much better than the ordinary courts.

The watering down of the powers of the JEP by Colombia’s Constitutional Court may present major limitations to holding those responsible accountable.

In November of last year, the court declared that politicians, civilians and other third party actors will participate “voluntarily” in a transitional justice system for war crimes committed during half a century of armed conflict.

While the three reports presented highlight the role of third party actors in the genocide, this limitation on the JEP will inevitably shield many of those who played a role from justice.

“According to the reports of the Reiniciar Corporation and the National Historical Memory Center, the responsibility for these events falls on members of the Public Force, agents of the State and third parties, over which the JEP only has competence if they submit voluntarily,” highlighted Judge Diaz.

Diaz did however confirm that 16 members of the Public Forces have already made submissions to the transitional justice system.

“Among these are a general brigadier, three majors, a captain, a lieutenant, a second lieutenant, two deputy sergeants, three second sergeants, a second corporal, two professional soldiers and an intelligence agent,” she said.

According to the statutory law currently being held back by President Ivan Duque, who has continually sought to undermine the war crimes tribunal,  the ordinary justice system would be obligated to investigate any third party named in the traditional court hearings as an accomplice or mastermind of the crimes.

The slaughter of the Patriotic Union marks one of the darkest episodes in Colombian history but since the signing of the peace agreement between the government and the FARC, major concerns have been expressed about a repeat of this episode.

Since the signing of the deal in 2016, the systematic targeting of social and community leaders and human rights activists has resulted in the deaths of in excess of 400 people, according to think thank Indepaz.