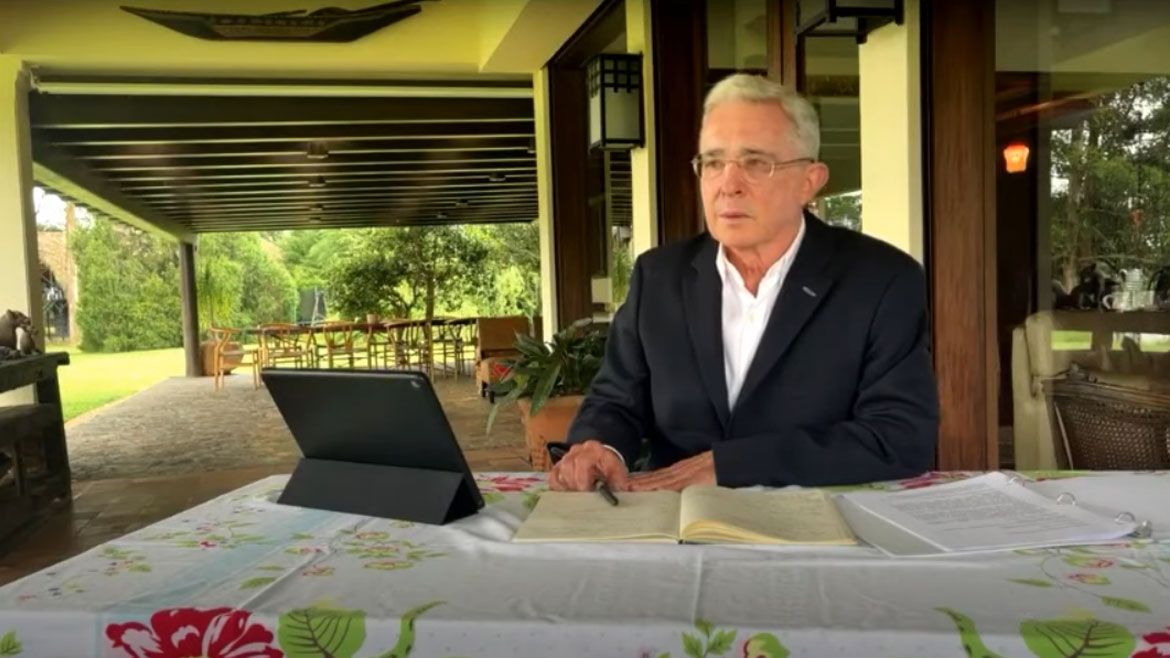 Colombia’s former President Alvaro Uribe on Monday testified before the Truth Commission about war crimes committed when the far-right politician was head of state.

From his estate in Rionegro, the former president dismissed the legitimacy of the Truth Commission that is part of a peace process Uribe and his far-right Democratic Center party have fiercely opposed.

The political patron of President Ivan Duque said he agreed to testify as part of his “commitment to contribute to the truth” despite his refusal to “recognize institutions that formed” as part of a 2016 peace deal between now-defunct guerrilla group FARC and former President Juan Manuel Santos.

The former president denied any responsibility for the surge in paramilitary death squads when Uribe was governor of his native Antioquia province and the extrajudicial executions of at least 6,400 people dead by members of the military when the far-right leader was president between 2002 and 2010. 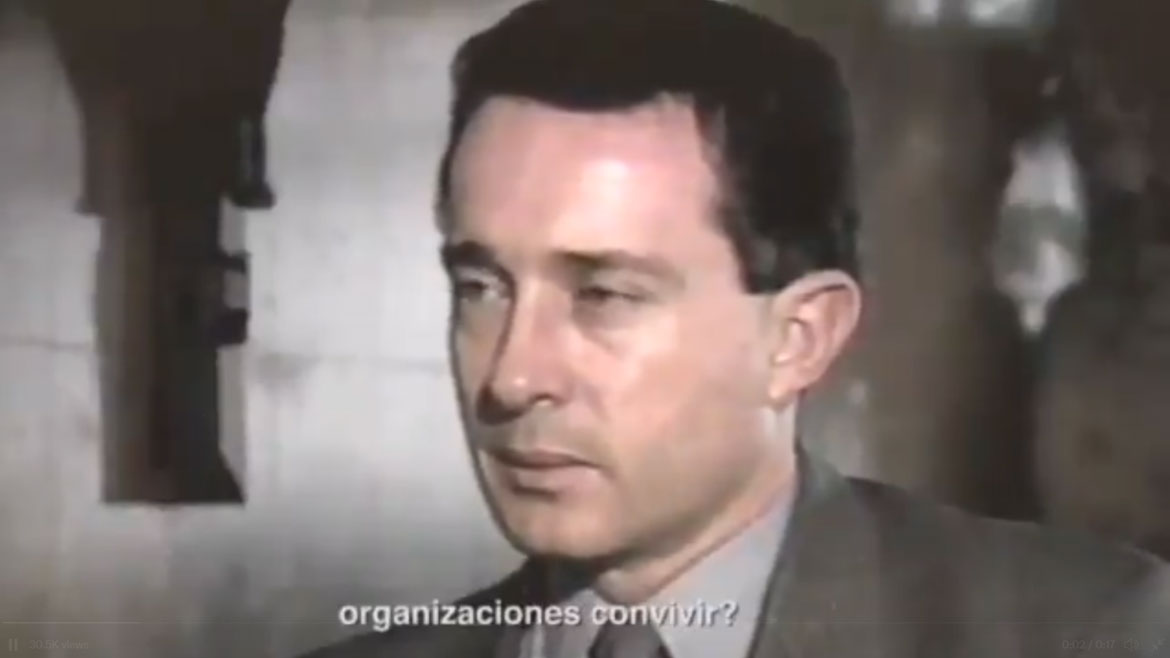 Uribe promoted legal paramilitary groups when he was governor of Antioquia.

Uribe admitted to signing off on the creation of 69 paramilitary front companies called “CONVIVIR” as governor of Antioquia between 1995 and 1997.

Uribe admitted that “I said that they should have rifles,” but said this was “a mistake because of the despair of seeing so much violence.”

I have always believed in the cooperation between citizens and the security forces. It wasn’t easy convincing the military and the public.

The CONVIVIR became illegal in 1998 after their organized crime and terrorist activity triggered the Constitutional Court to ban the “cooperatives.”

In response to a Medellin court order, the Supreme Court opened an investigation into Uribe’s alleged role in the 1997 formation of paramilitary organization AUC.

The former president also falsely claimed that his government “32,000” AUC members, contradicting the court, which sentenced former Peace Commissioner Luis Carlos Restrepo to prison for having inflated this numbers. 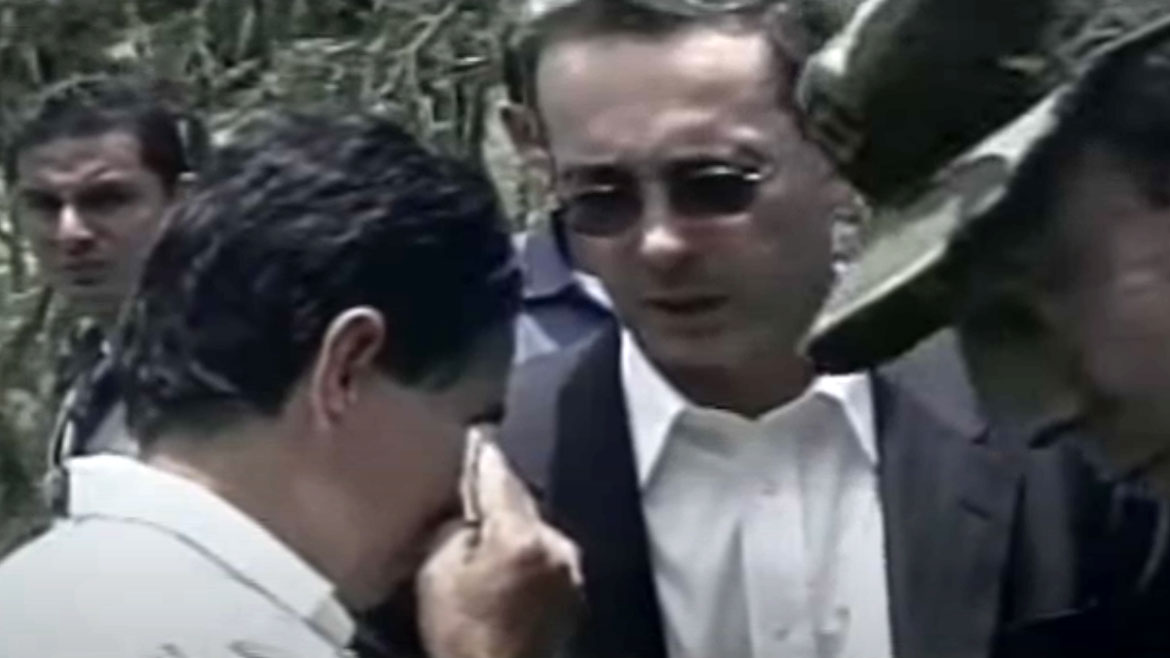 Uribe and a family member of the victims of the 2005 Cajamarca Massacre.

The former president also denied any responsibility in the surge in extrajudicial executions by the military after Uribe took office in 2002.

In relation to a execution of a family of five, including one baby, in the central Colombian town of Cajamarca, Uribe said that the massacre was an “error” committed during a military operation against the FARC’s 21st Front.

According to the former president, he lied to the public because he was “deceived” by the soldiers who have since been convicted for the massacre.

Uribe falsely claimed that “I have never granted financial benefits to members of the armed forces” that skyrocketed the mass killing of civilians by the security forces.

The former president personally signed the so-called “Boima” decree in 2006 that granted a “Bonus for Operations of National Importance” to members of the security forces and intelligence agency DAS.

Uribe only agreed to address talking points that had been agreed previously and refused to answer any questions.

Truth Commissioner president Francisco de Roux announced his commission would verify the claims made Uribe as it is trying to clarify what happened during the armed conflict.