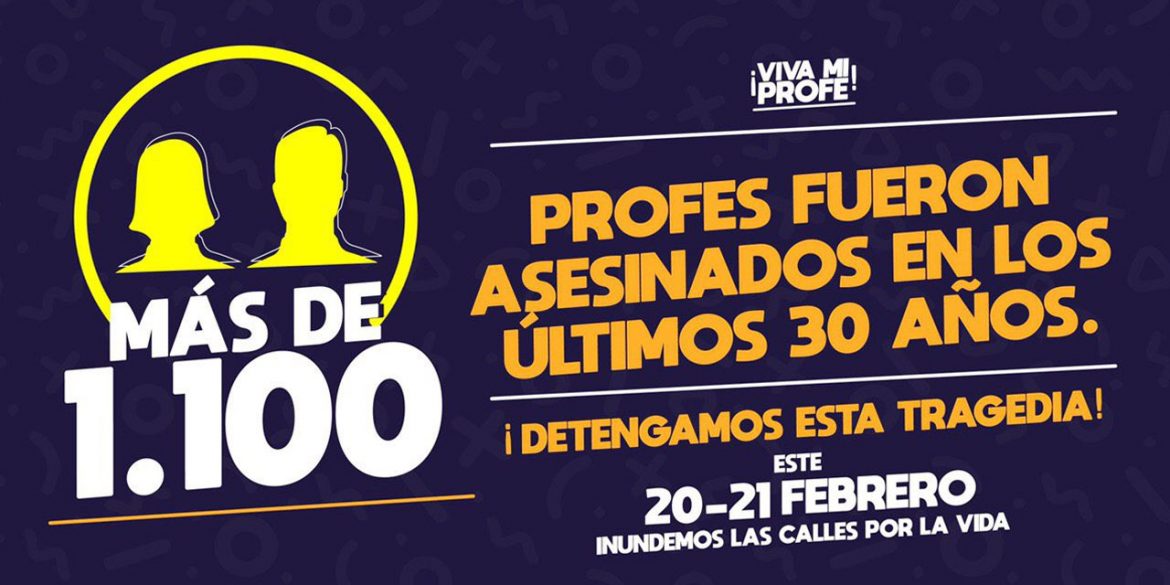 Colombia’s teachers began a two-day strike on Thursday in rejection of the ongoing killings of colleagues, death threats and stigmatization by the far-right.

Teachers union Fecode announced the strike earlier this month after one of their regional coordinators survived an assassination attack in central Colombia, a teacher was assassinated in the northeast and dozens were sent death threats in multiple towns.

The teachers are additionally fed up with the ongoing stigmatization by the far-right party of President Ivan Duque, the Democratic Center, which accuses the teachers of “indoctrinating” public school children with leftist political thought.

Earlier this week, supporters of Duque’s political patron, former President Alvaro Uribe, called on Twitter to “finish off with Fecode” they on Wednesday called “bums.”

According to Fecode, 230 school teachers have received death threats so far this year, a phenomenon they blame on the constant stigmatization by the so-called “Uribistas.”

The Fecode and school teachers in general are outspoken supporters of an ongoing peace process with now-defunct guerrilla group FARC, partly because more than 1,100 teachers were assassinated over the past three decades.

According to the United Nations’ Development Program, “the role of the education sector in the democratic task to build and consolidate the conditions that make sustainable peace with social justice possible is of the utmost importance.”

The “Uribistas,” however, fiercely oppose the peace process and teachers’ role in it.

The popular support for Duque’s party, however, has been waning while Fecode can count on the sympathy of many parents, especially those whose children can’t go to school because of the death threats.

Regional teachers associations have joined the labor union and have been organizing rallies throughout Colombia.