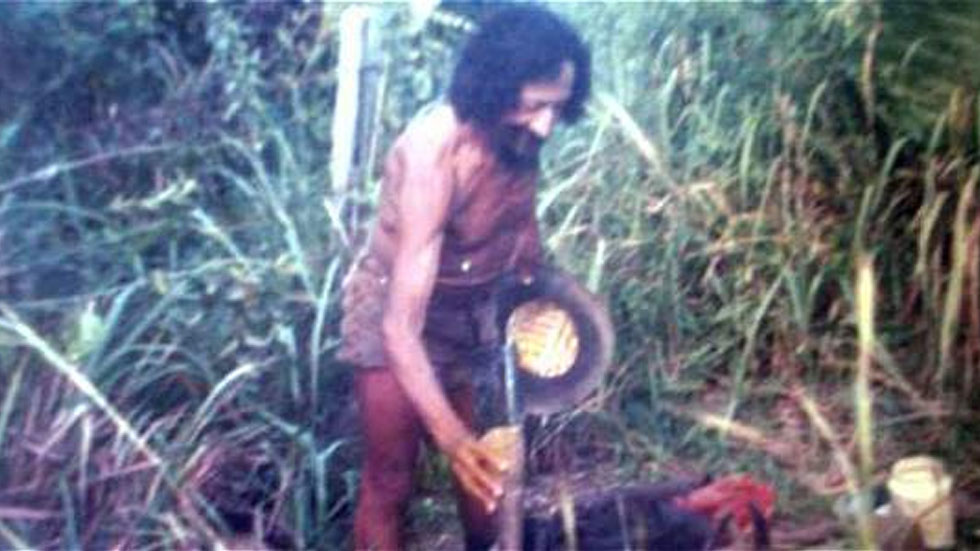 Colombia’s “Tarzan,” a former police inspector who decided to abandon civilization 33 years ago to live a secluded life in the jungle, was found dead at 83.

Jesus Antonio Gallego abandoned his job as police inspector in 1983 after ELN guerrillas killed six of his colleagues in the region around Simitri, Bolivar.

The then-50-years-old Gallego moved into the jungles in the south of the Bolivar department to live as a recluse, away from the violence that has tormented his country since the 1940s.

“He entered into a depression for what had happened to the other inspectors and felt persecuted. One day he decided to hide in the wilderness to avoid being attacks by the subversives,” Jose Eulises Castaño, the only person who had maintained contact with the recluse over the past decades, told newspaper El Tiempo.

While for many Colombia’s jungles are a dangerous environment, for Gallego they provided a new home, away from human hostility.

Months after he initially disappeared in the jungle, “the community decided to look for him and bring him to his family in Medellin. On two occasions they took him out of the wilderness and submitted him to mental hospitals, but he returned to the mountains and stayed there forever,” according to his friend, who only occasionally met the recluse.

For decades, Castaño brought rice and other food products to the jungle and left them on a tree so Gallego had access to agricultural products not found in the jungle.

For the rest, Gallego fed himself with turtle meat, hares, pineapple and plants, according to his friend who once was allowed to take a picture of the recluse.

“On one occasion I left him medicine and vitamins and he wrote he didn’t need them. Once they injured his leg, apparently during combat with illegal armed group, but he cured himself with the leaves of trees he collected and knew well,” Castaño told the newspaper.

But when Castaño returned to the jungles to leave another bag of rice, he noticed the old one was still there.

Fearing the worst, he gathered a number of villagers to look for their jungle neighbor and they found his body.

“He died under his own law, next to the animals that fed him and in the place he had converted to become his home,” said Castaño.

The villagers took Gallego’s body back to town for a Christian burial, proving to the town’s skeptical youth that the “Tarzan” their parents always talked storied about had really existed.