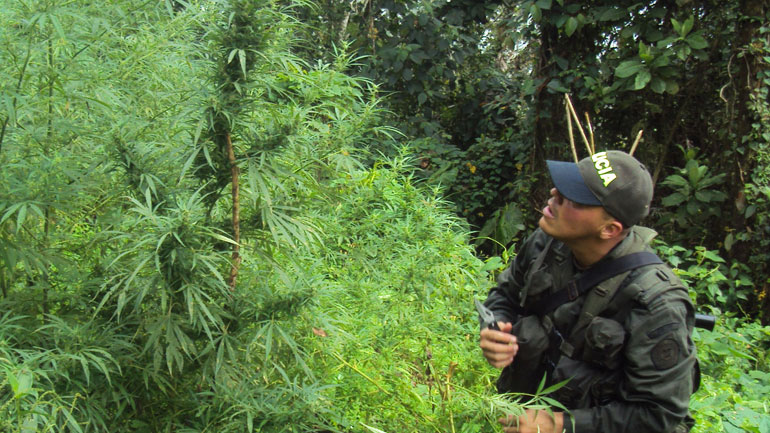 Colombia’s Supreme Court has overruled a previous ruling in which it had set a maximum amount of marijuana a person can carry. The latest sentence makes carrying all marijuana for personal use legal.

The court’s landmark ruling followed a case of a Colombian soldier who had been caught with 50 grams of the illicit herb.

Until Monday, the maximum amount of drugs a person can carry was set at 20 grams for marijuana and one gram for cocaine.

But the latest ruling removed this fixed cap, leaving authorities without the legal possibility to arrest anyone claiming to carry drugs for personal use.

The Supreme Court’s lenient approach to drug consumption is in line with that of the government of President Juan Manuel Santos, whose administration has long called for a radical change in approach to drug use and abuse.

Not only on a domestic level, but also on an international level, Santos has been seeking to reopen the debate on the US-led war on drugs, its vices and its virtues.

According to the Santos administration and other Latin American governments, the repressive anti-drug policies fail to have effect while causing tremendous profit margins for drug traffickers.

At the same time, Colombia’s president has been calling for an approach that focuses on the public health risks of drug consumption.

Santos will be attending a summit of the Organization of American States later this year where the international efforts to combat drug trafficking and consumption are debated.