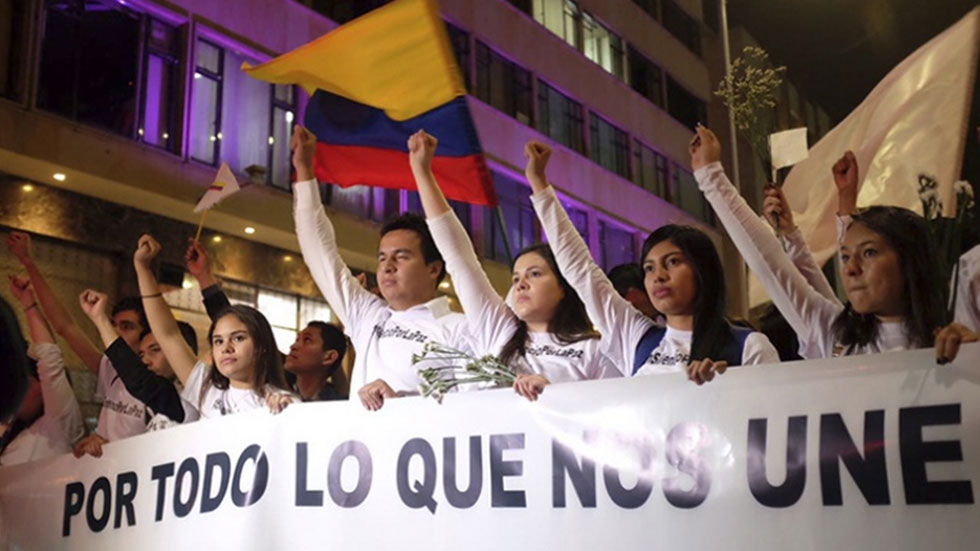 While Sunday’s election was dominated by an embarrassing abstention rate — 62% of Colombia’s electorate did not cast a vote — Wednesday’s marches indicated that Colombians do believe in peace, but simply have no faith in the politicians and guerrillas promoting it.

In Bogota alone, student rights organizations called on their fellow students to march to the central Bolivar Square where President Juan Manuel Santos met with his predecessor Alvaro Uribe, who spent years going against the peace talks. 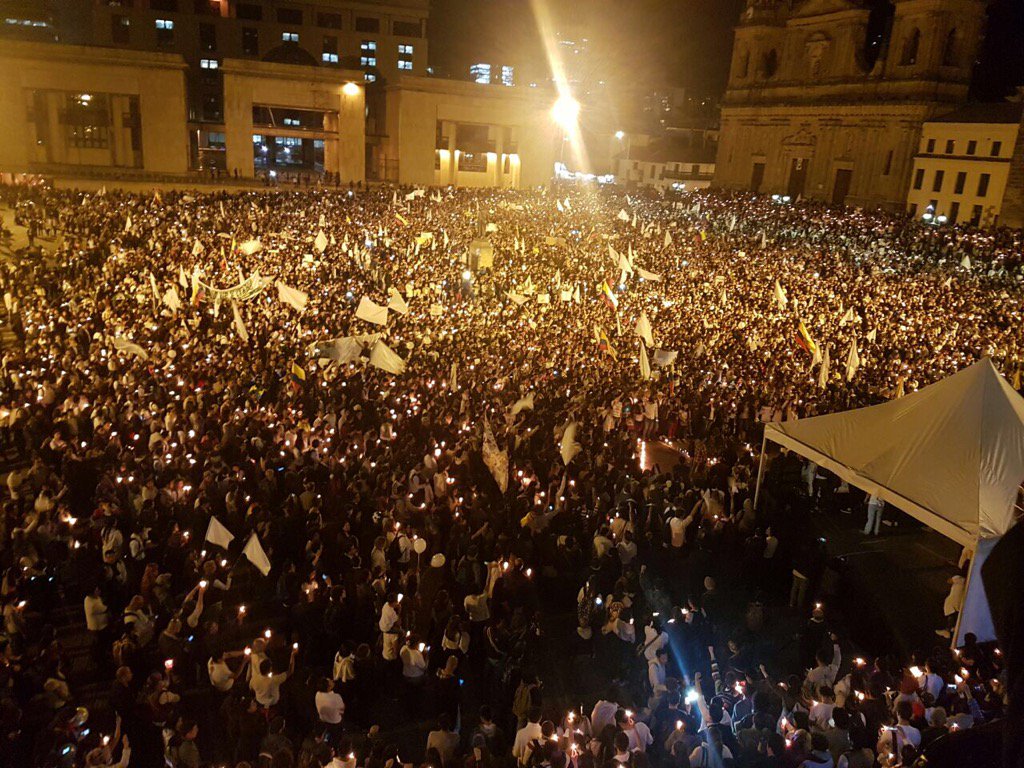 The peace deal is widely supported by social, minority and victims organizations, but was publicly promoted by Colombia’s most unpopular president in years and his coalition of Bogota dynasty politicians.

The deal is primarily opposed by former President Alvaro Uribe, who is facing numerous investigations for war crimes and crimes against humanity if the peace deal takes effect, and the country’s actors in the war will have to respond to the millions of victims left by the drug-fueled political violence.

“My heart aches. Peace isn’t of Uribe or Santos, peace is ours. This is what is so indignant.”

Grassroots organizations have been promoting peace passionately for months, but were largely ignored in the run-up to Sunday’s referendum upset as media opted to focus on the campaigns of Colombia’s much-disapproved political elites.

Dressed in white and walking in silence, thousands took to the streets in the capital Bogota, filling entirely the square in front of the presidential palace where Santos and Uribe were negotiating an end to the former president’s ongoing attempts to frustrate the peace process earlier that day.

Once inside Bogota’s political heart, the protesters recited words of Jorge Eliecier Gaitan, the immensely popular Liberal Party politician who was widely expected to win the 1949 elections promoting a leftist agenda that upset the ruling class.

“Prevent the violence, Mr. President. We are only asking for the defense of human life, which is the least a people can ask.”

Three months after his call for peace to Conservative Party President Luis Mariano Ospina, Gaitan was murdered and the political violence that erupted then has to date left half a million Colombians dead.

More protests were announced for Thursday in Bogota, which primarily voted “Yes” to peace with the FARC, the country’s biggest leftist rebel group by far.

Protests in Medellin, Uribe’s hometown where approximately 25 people joined an anti-peace demonstration two weeks ago, are scheduled for Friday afternoon.

Grasroots marches also erupted in Colombia’s third largest city Cali, and other major cities like Barranquilla, Bucaramanga and Cartagena where peace was signed only a week and a half ago.

In Cartagena, protesters carried signs with words of Jaime Garzon, Colombia’s most popular comedian in the 1990s. 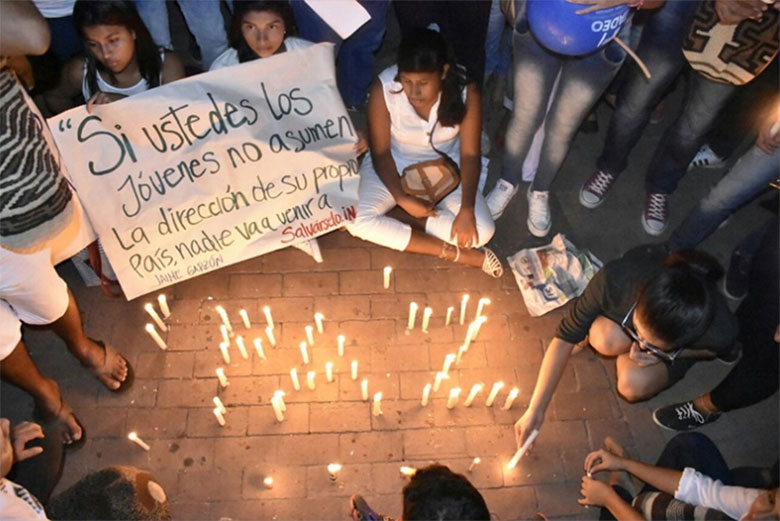 “If you, the youth, don’t assume control of the direction of this country, nobody is going to come to save you,”

Garzon was killed by paramilitaries with the help of police and the military in 1999.

Colombia’s marches did not just put the country’s pro-peace minorities and victims organizations in the spotlight long after they had begun promoting peace in their communities.

The marches mainly showed how neither Santos nor Uribe, the politicians now bickering on how to revive the suspended peace process that plunged the country in crisis, represent not even a considerable minority of the people of Colombia.