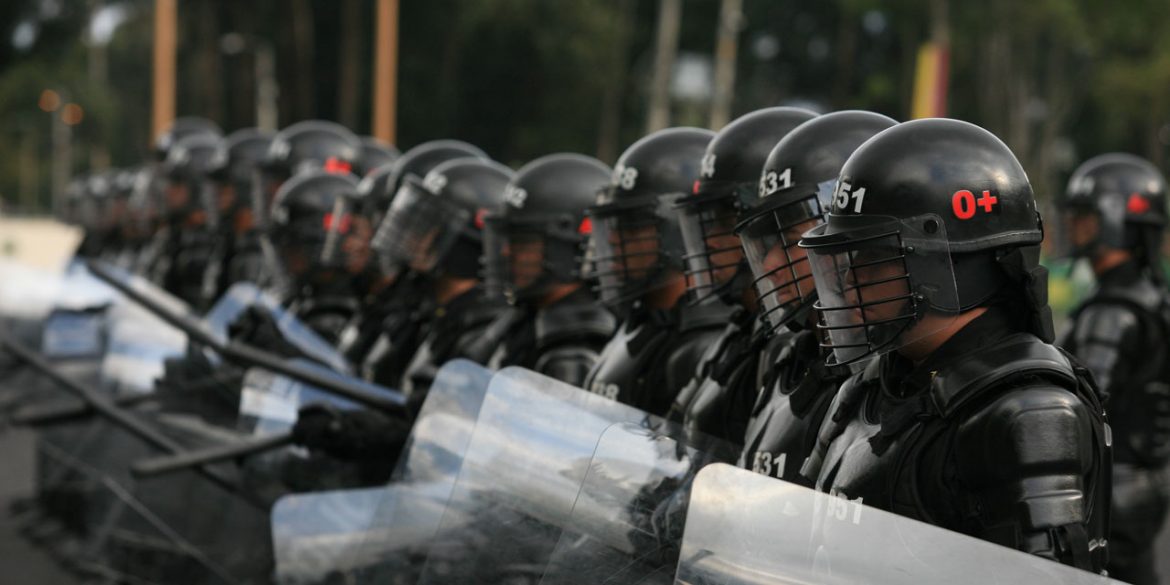 Colombia’s students will celebrate Halloween on the streets of the capital Bogota on Thursday to demand the dismantling of the anti-riot police unit that keeps beating them up.

The protests are the latest in a series that began as an anti-corruption protest at one university and have grown to mass protests in response to violent police repression.

During the last protest, students took to the streets in 17 cities.

Thursday’s protests don’t just demand the resignation of the allegedly corrupt rector of the District University, but also respect for the right to protest and the dismantling of anti-riot police unit ESMAD.

National Police chief General Oscar Atehortua told press on Wednesday that his office opened investigations against 2,327 members of the controversial unit over the excessive use of force this year alone.

Eighty-nine cops have been sanctioned, the general said.

This is not enough for the students. They want the National Police to dismantle the entire unit, which has frequently been accused of being used to repress legitimate protest rather than maintain order.

The escalating student protest in Colombia comes amid a wave of protests throughout South America that have put allies of President Ivan Duque against the wall.

Interior Minister Nancy Patricia Gutierrez has said she is preparing a bill to “regulate” Colombians’ right to protest amid apparent concerns that her unpopular government will be next to see protests turn into full-blown uprisings.

Apart from the growing student protests, native Colombian organizations are said to also be preparing mass mobilizations in response to the mass killing of their leaders.

The students have expressed their solidarity with the indigenous. Both can additionally count on the support of teachers and labor unions, who joined the students in their last protest.

Also Colombia’s growing peace movement announced a new protest for next month to force the government to implement the 2016 peace with demobilized rebel group FARC.

Duque, meanwhile, is finding himself increasingly isolated. The president has no majority in Congress, saw his party receive a beating in local elections and is facing growing protests from  different social movements.