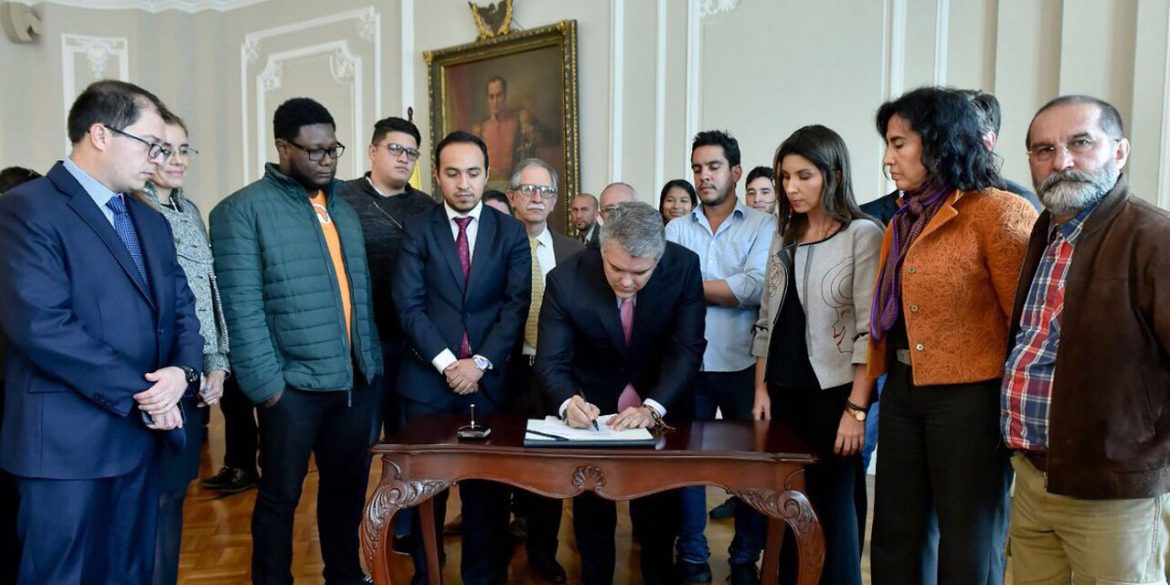 Both President Ivan Duque and the student organizations said to be content with the agreement to invest $1.8 billion (COP5.9 trillion) in higher education and science in the coming four years.

Government gives in to student demands

Until Friday, the government refused to invest more than $156 million (COP500 billion) to higher education, of which 87 million (COP279 billion) would go to universities.

The government agreed to the major concessions after police violence in the city of Popayan on Thursday heightened tensions between Colombia’s controversial riot police unit ESMAD, students and locals who mobilized in defense of the students.

According to student union UNEES, the student organizations will monitor whether the government complies with the promise to gradually increase investment in education and science, and return to the streets if the government’s fails to keep made promises.

Duque did not specify where it would find the money for the the investments.

Just like his predecessor Juan Manuel Santos in 2011, Duque was unable to resist the enormous pressure of the hundreds of thousands of students, teachers and parents who have been taking to the streets since the beginning of October.

Despite several attempts by police to violently disrupt the protests, students persisted and maintained their strike and marches until the government agreed to make concessions.

Over the past decade, Colombia’s student organizations have increasingly been able to organize themselves and mobilize huge numbers of people while maintaining their protests largely peaceful.

The rise of social media has helped the students document and widely share cases of alleged police brutality or alleged attempts by police to infiltrate the protests.