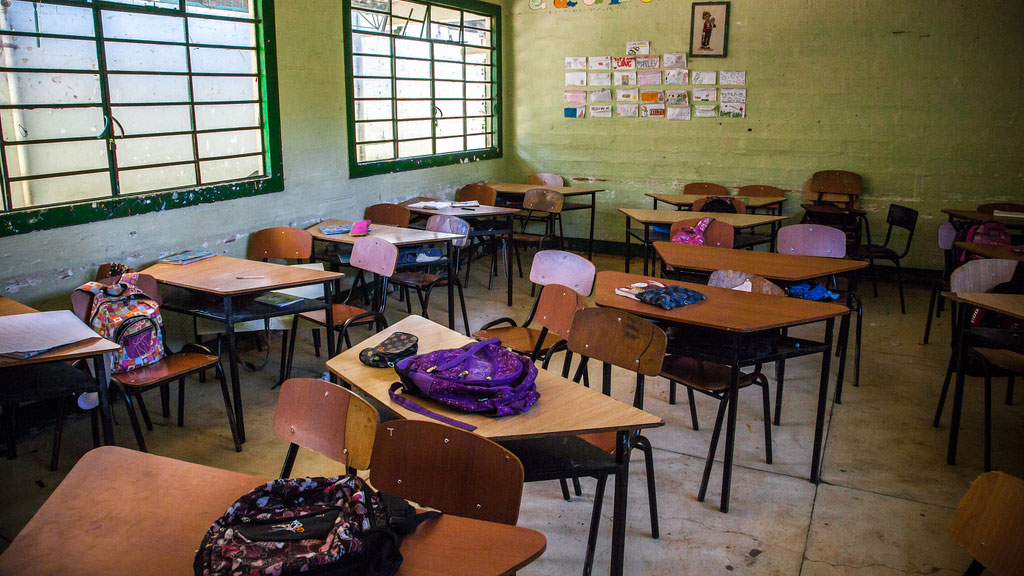 Colombia’s striking teachers came to a pre-agreement with the government over salary increases on Wednesday morning, though striking action will continue until at least Thursday, when classes are to resume following a fortnight of disruption for 9 million school children.

The preliminary agreement between the government and the Colombian Federation of Education Workers (FECODE) was reached in the General Assembly of Teachers in Bogota, where the parties have been negotiating since last Friday.

Minister of Education Gina Parody and Ombudsman Jorge Armando Otalora confirmed that the teachers accepted a salary increase of 12%, to be introduced over a four year period.

Teachers belonging to FECODE had previously asked for a wage adjustment of 28% with the Ministry of Education responding with initial proposals of a 10% increase through a constitutional reform that will go through Congress.

Parody stated on Wednesday that the agreement is based upon “firstly, a salary increase that leads to a wage adjustment of 12%.”

The minister also said the ministry will review the existing system of teacher evaluation that is in place, as they “know it can be improved.”

The teacher competency assessment has been a focus of the educators’ unrest. Currently, to rise through the professional ranks, teachers must submit a written test, which, according to them, is complicated and does not properly reflect the shortcomings of inadequate educators.

For this reason, the minister announced Wednesday that “the test will be reviewed with the aim of turning it into a diagnostic and formative assessment that impacts the quality of teaching even more.”

According to Wednesday’s statement, a financial bonus will be awarded to those teachers who achieve a score within “bracket 14” of the testing scale.

“This gives them recognition, a new economic bonus, that allows acknowledgement of the work they have done in their life,” said Parody.

The Education Minister highlighted that a final agreement had not been signed with FECODE, but hopes it is a step towards the 9 million school children returning to class.

“Now FECODE must endorse these agreements with all of its bases nationwide, and once they have accepted these points we will proceed to sign an agreement to end the work stoppage and allow the children to go back to school,” said Parody.