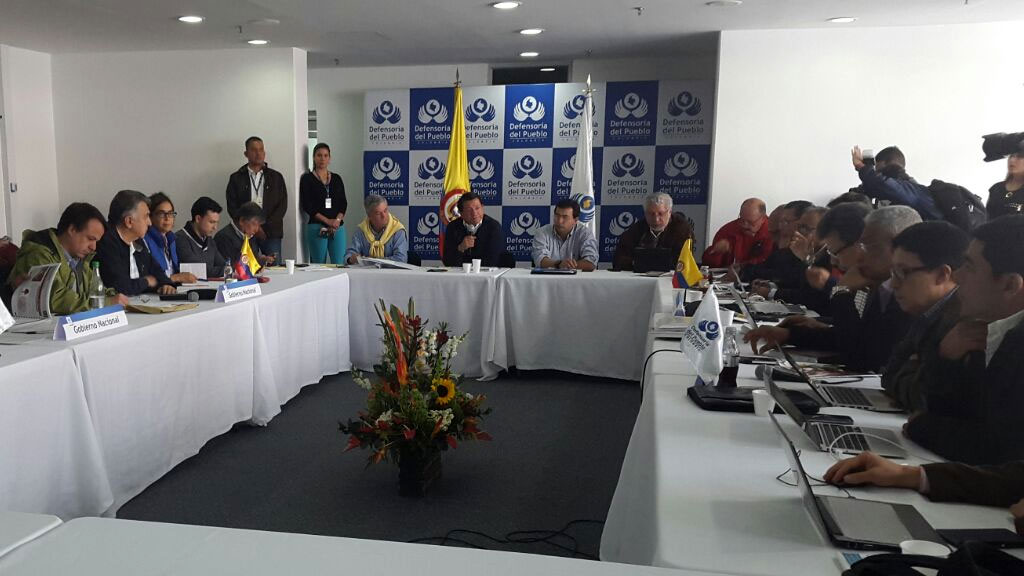 Colombia’s Ministry of Education agreed over the weekend to partake in negotiations with the country’s teachers who have now been striking for 13 days, while some 9 million school kids stay at home.

Formal dialogue between representatives from the Colombian Federation of Education Workers (FECODE) and the government was announced to take place in the General Assembly of Teachers to search for an agreement that would put an end to the strike action.

This follows the previous reluctance of Minister of Education Gina Parody to partake in such discussion, who previously told Colombian newspaper El Tiempo that she would only do so once the teachers go back to work.

“The doors of dialogue are open today, tomorrow, yesterday morning, whenever they want. The country recognizes that this is a government of dialogue. We only ask that the children return to class,” said Parody last week.

However, after almost a fortnight of striking, the hundreds of thousands of protesting teachers showed no sign of resuming their work until the government engaged in discussion.

The educators have not held back in their criticism of the government for failing to fulfill promises made to them to better their working conditions.

The teachers’ unrest is based on a desired increase in salaries, enhanced health benefits, more investment within the National Development Plan, and the government’s alleged lack of will to compromise.

Teachers belonging to FECODE have asked for a wage adjustment of 28% with the Ministry of Education responding with proposals of a 10% increase through a constitutional reform that will go through Congress, said Parody.

Although the teachers’ payroll has risen from just below $4 million in 2010 to almost $5.5 million in 2015, the government has still not reached the goal of giving 7% of GDP to education. According to the ministry it should be “increased subject to improvements in quality and availability of resources; that is what is being discussed.”

According to the Ministry of Education, “in order to increase the resources in the system, those which are the sole source for the salaries of teachers, a constitutional change should be made to allow them to grow, or a legal change in Law 715 to change the way that they are distributed.”

Teachers said they were willing to drop their claim to 20 percent, according to news source El Heraldo.

These points are being discussed at the negotiating table.

Another issue is the teacher competency assessment. Currently, to rise through the professional ranks, teachers must submit a written test, which, according to them, is complicated and does not properly reflect the shortcomings of inadequate educators.

For this reason, added the minister, “what we are proposing is going from the frightening multiple choice exam — with an overlooker checking that nobody copies – to an open book exam to take home; challenging, but well thought out.”

Impact of the strikes

So far, the outlook for the 9 million Colombian students affected by the strikes remains uncertain.

The Ministry of Education announced on Sunday that Pisa tests due this week have been indefinitely postponed after FECODE ordered a continued cessation of classes, to allow for protest activities scheduled. This will affect approximately 13,800 students of 15 years old.

The teachers’ strike also leaves working parents with difficulties over childcare, and is affecting the earnings of street vendors and other school workers in state educational institutions.